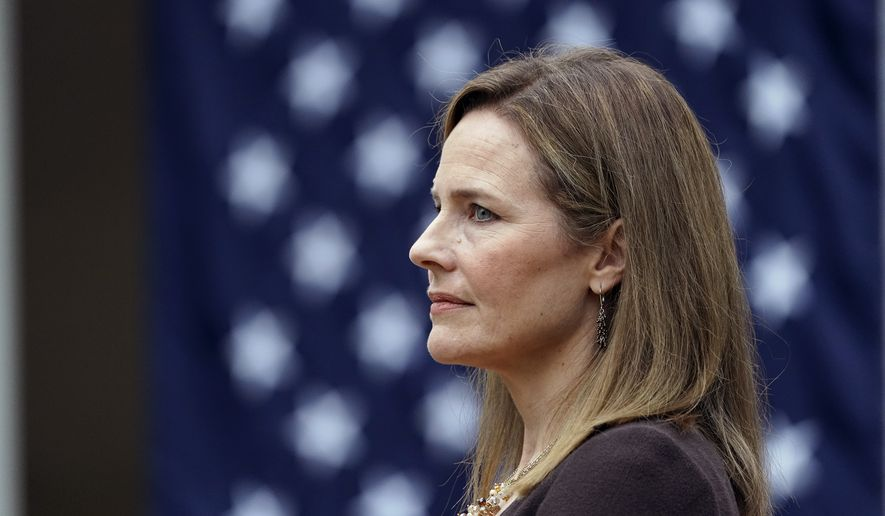 Amy Coney Barrett adopted two of her seven children from Haiti, but she could still be racist, according to a leading “antiracism” expert.

Ibram X. Kendi, author of the bestselling “How to Be an Antiracist,” touched off an uproar on social media Saturday by arguing that some White people believe adopting a minority child shields them from racism charges, a comment made in the context of Ms. Barrett’s nomination to the Supreme Court.

“Some White colonizers ‘adopted’ Black children,” Mr. Kendi tweeted on Saturday. “They ‘civilized’ these ‘savage’ children in the ‘superior’ ways of White people, while using them as props in their lifelong pictures of denial, while cutting the biological parents of these children out of the picture of humanity.”

He continued: “And whether this is Barrett or not is not the point. It is a belief too many White people have: if they have or adopt a child of color, then they can’t be racist.”

His comments came in response to Jenny Beth Martin, co-founder of Tea Party Patriots, who tweeted, “With 2 adopted children from Haiti, it is going to be interesting to watch Democrats try to smear Amy Coney Barrett as racist.”

President Trump nominated Ms. Barrett, a federal judge, to fill the vacancy left by the death of Supreme Court Justice Ruth Bader Ginsburg, touching off a heated political debate over the nominee that has spilled into her Catholic faith and family.

“Ibram Kendi launches a cruel, racist attack against Judge Barrett and her family. But what else would we expect from a fraud like him?” asked Mr. Cotton in a tweet.

Ibram Kendi launches a cruel, racist attack against Judge Barrett and her family. But what else would we expect from a fraud like him? https://t.co/5wAzwy1RaS

Mr. Kendi accused his online critics of twisting his meaning.

Columnist Jonathan Chait said the tweet had been ‘misconstrued’: “This is a basic logic error by Kendi’s critics. He is simply denying the syllogism that if you adopt a black child) then B you cannot be racist. That is not the same as calling her racist,” he tweeted.

“As an adoptee, I need to know more about the circumstances of how Amy Coney Barrett came to adopt her children, and the treatment of them since,” tweeted NextGen America’s John Lee Brougher on Saturday. “Transracial adoption is fraught with trauma and potential for harm, and everything I see here is deeply concerning.”

Ms. Martin has since deleted her original tweet, which included a photo of a woman holding a child who has been identified online as Ms. Barrett’s sister, not Ms. Barrett.

Mr. Kendi, a Boston University professor, argued in his 2019 book that people are either racist or “antiracist,” and that being “not racist” isn’t the same thing.

“In ‘antiracist’ lingo, being merely not racist is racist,” said Mr. Jacobson on the conservative Legal Insurrection website. “There are only two alternatives, racist or antiracist, and race-neutrality is deemed racist. Advocating colorblind policies and the treatment of people without regard to race is considered racist in this formula.”

Posted by theodore miraldi at 8:54 AM