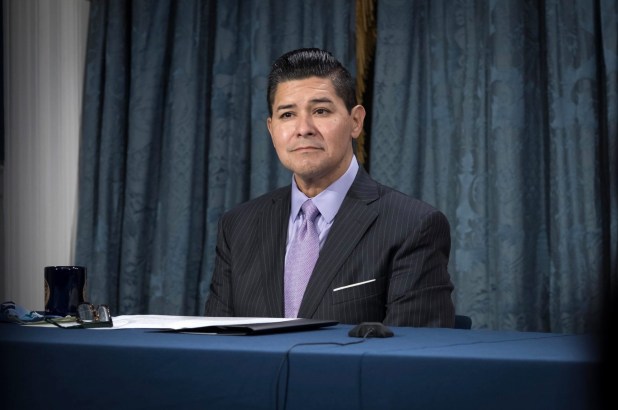 Chancellor Richard Carranza stands exposed by the COVID crisis as utterly incompetent at actually running the school system.
His team bungled as the virus rose, even ordering administrators to conceal infection information. It was helpless in the transition to remote learning, switching software repeatedly and never requiring teachers to actually teach or even speak with students.
Until The Post exposed it, Team Carranza was poised to spend hundreds of millions on idle school buses. For summer school, it didn’t even try to monitor remote “attendance.”

And it bungled the runup to the fall — failing to see that every school’s HVAC system was vetted in time; failing to note the possibility of outdoor classes until far too late — indeed, failing to set any clear standards until summer was nearly over.
Not to mention: failing to work with the unions (or come up with a practical plan for end-running them) to allow for an on-time opening.
With schools opening this month, it has yet to finalize contracts with school-bus companies to transport vulnerable, special-needs kids.
Instead, as The Post’s Susan Edelman’s reported exclusively, Carranza has been expanding his executive staff despite the citywide hiring freeze, likely teacher shortages and looming layoffs.
He’s spending nearly half a million bucks on an extra six-figure deputy chief of staff, a deputy chief strategy officer and yet another “senior adviser.” But there’s no sign the new hires are any better than the hopeless staff he already had.
It’s now obvious that this chancellor has no real talent for anything except incendiary race games. Sadly, that’s also been his priority in staffing the central Department of Education offices — leaving a vast shortage of people who can actually make the system work.
It’s so bad, the school year would likely start more smoothly if Mayor de Blasio fired Carranza today and put the senior-most career DOE bureaucrat in charge.
Source>https://nypost.com/2020/09/02/covid-19-has-exposed-chancellor-richard-carranzas-utter-incompetence/
Posted by theodore miraldi at 12:27 PM