House Democrats passed a bill in June that would make DC a state; House bill granting statehood to Puerto Rico was introduced in October 2019 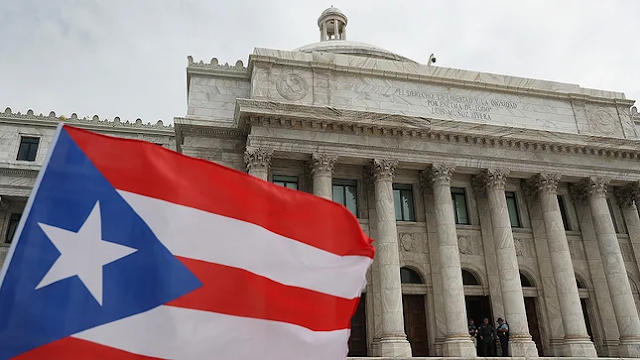 Republicans appear ready to move forward on confirming a new Supreme Court justice as soon as President Trump announces his nominee for filling the seat left vacant after the death of Justice Ruth Bader Ginsburg, but some Democrats are already looking to drastic measures of retaliation should this happen.

With hopes that their party will gain power after November's election, Democrats are looking at ways to stack the deck against conservatives as soon as they have the chance, such as eliminating the filibuster and granting statehood to Washington, D.C., and Puerto Rico, presumably giving Democrats four more senators.

REPUBLICAN SENATORS FALL IN LINE TO BACK MOVING AHEAD WITH TRUMP SCOTUS PICK: 'WE'VE GOT THE VOTES'

"[W]e must make it absolutely clear that if McConnell attempts to fill this seat, we will abolish the filibuster and expand the court when we retake the Senate," Sen. Ed Markey, D-Mass., tweeted Saturday.

While Markey mentioned eliminating the filibuster for the purpose of adding liberal justices to the Supreme Court, others are pushing for it so they can more easily add states to the union.

Adam Jentleson, former deputy chief of staff to former Senate Majority Leader Harry Reid, said in a Monday New York Times op-ed that Democrats can pass a number of major "reforms" by getting rid of the filibuster.

"Democrats should also reform the Senate so it better represents the nation," Jentleson wrote. "They can start by inviting territories bound by federal law but lacking voting representation in Congress to become states."

While Jentleson discussed adding states in the context of it being a possible response to Republicans pushing through a new Supreme Court justice, there is reason to believe that Democrats would push for this even if Republicans waited.

House Democrats already passed a bill in June that would make D.C. a state. House Speaker Nancy Pelosi said that the bill would right a "grave injustice which is an affront to our democracy." A House bill granting statehood to Puerto Rico was introduced in October 2019.

Democratic victories in the White House and Senate would make statehood more likely to become a reality, but removing the filibuster would most likely need to be the first step.

Senate Majority Leader Mitch McConnell, R-Ky., warned what could happen if his party loses their majority in the Senate.

"The American people should know what it means if the Senate shifts control,” McConnell said. “D.C. statehood. Puerto Rican statehood. And, packing the courts.”

Senate Minority Leader Chuck Schumer, D-N.Y., hinted to reporters that if Republicans rush to confirm a new justice, he is ready to take action if given the opportunity