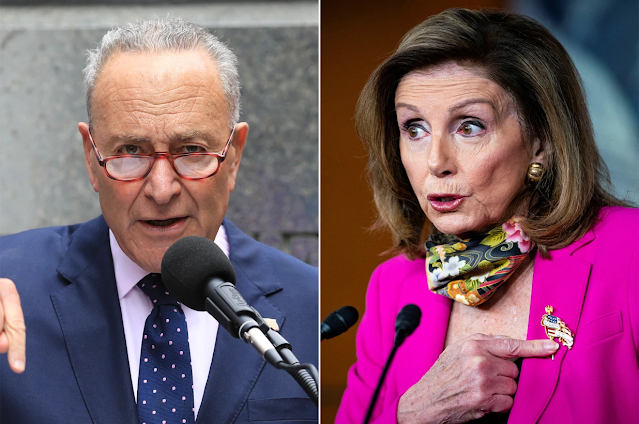 It’s 2020, so naturally a nation already beset by bitter political divisions now faces yet another Supreme Court confirmation fight, thanks to the passing of Ruth Bader Ginsburg at 87.

Ginsburg had a landmark legal career even before moving to the Supreme Court, where she served 27 years until her death Friday: She was a feminist hero who greatly advanced legal recognition of women’s rights.

Now the prospect that her replacement will be chosen by a Republican president and Senate has the left even more exercised than the right was when President Barack Obama nominated a moderate liberal, Judge Merrick Garland, to fill the seat of conservative great Antonin Scalia.

If President Trump and Senate Republicans go ahead and fill this seat — after the GOP refused to even give Garland a hearing in 2016 — Democrats say they’ll respect no limits if they win control of the White House and Congress in November. “Nothing is off the table next year,” thunders Senate Democratic leader Chuck Schumer.

Problem is, Democrats were already talking about “packing” the high court by expanding it with up to six new justices of their choosing. More, they’ve been looking at packing the Senate itself — by admitting new states (DC, Puerto Rico, even Samoa) to the union to create a permanent Democratic majority.

Are Democrats willing to swear off such moves if the GOP opts not to fill this vacancy? How about their talk of ending the Senate filibuster completely? Do any of them even care to apologize for how they treated now-Justice Brett Kavanaugh in his confirmation?

Keep all that in mind when you hear the media claim that “norms are being violated.”

As far as the talk that any of this is unprecedented, the reverse is true, as National Review’s Dan McLaughlin notes: Presidents going all the way back to George Washington have sent high-court nominees to the Senate in the last year of a term a total of 29 times.

Why the country needs a filled Supreme Court for the 2020 election: Goodwin

And Senates controlled by the same party have always confirmed the appointment — including President John Adams’ pick of the great John Marshall as chief justice, although lame-duck Adams had already lost his re-election and his Federalist Party was headed for extinction. (The only exception was President Lyndon Johnson’s failed bid to move Justice Abe Fortas up to chief justice, thanks to corruption charges.)

In the 10 cases when the opposing party controlled the Senate, the two sides either cut a deal, or (more often) the nominee lost and the seat went vacant until the next year.

The simple fact is that, for much of the last half-century, the Supreme Court has leaned liberal, regularly creating new rights in accord with progressive beliefs. The left has grown used to winning in the courts what it doesn’t have the votes to pass through Congress. It’s now on the verge of losing that advantage, at least until the next seat falls vacant. But that arrangement was decided by the history of elections, not the way things are somehow “meant to be.”

Posted by theodore miraldi at 9:57 AM