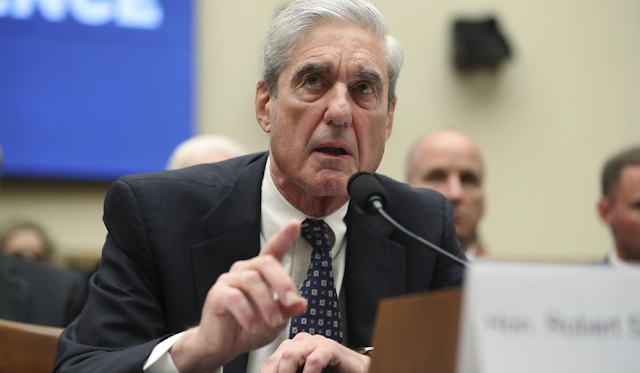 A top FBI agent who was on special counsel Robert Mueller’s team said the investigation into former national security adviser Michael Flynn was a means to “get Trump” and thought the reason for opening the probe was “problematic,” according to a court filing unsealed Friday.

William J. Barnett, who served on both probes, described one of Mr. Mueller’s deputies, Jeanne Rhee, as “obsessed with Flynn and Russia” and “she had an agenda.”

Mr. Barnett said the evidence in the Russian collusion probe was so flimsy that he and others mocked it by turning it into a game. The game, dubbed “Collusion Clue,” involved Mr. Barnett and colleagues picking one person doing one activity in any location and they would try to spin it into evidence of Russian collusion.

Mr. Barnett’s stunning remarks came during a September 17 interview at the Justice Department in an interview with the U.S. Attorney for St. Louis Jeffrey Jensen.

Attorney General William P. Barr tapped Mr. Jensen to review the case against Flynn, who twice pleaded guilty to lying to the FBI about his conversations with the Russian ambassador in late 2016 and early 2017. Mr. Jensen has since joined U.S. Attorney John Durham’s team probing the origins of the Russia collusion probe.

Mr. Barnett’s interview, known as a 302, was filed by Justice Department prosecutors Friday as part of the Flynn case.

Appointed to the Mueller team in May 2017 at the behest of disgraced anti-Trump former FBI agent Peter Strzok, Mr. Barnett said was initially reluctant, but later relented to keep the team from “group think.”

He said he witnessed “a get Trump” mentality among Mr. Mueller’s team.

“There was a lack of letting the evidence lead the investigation and more that attitude of ‘the evidence is there and we just have to find it,’” Mr. Barnett told investigators.

“Barnett said it seems there was always someone at [Special Counsel’s Office] who claimed to have a lead on information that would prove collusion, only to have the information be a dead end,” the interview stated.

The Mueller probe ended last year with no evidence of collusion between the Trump campaign and Russian officials and no American was ever prosecuted for conspiring with Russia. The probe did conclude that the Russian government interfered in the 2016 presidential election.

In one example shared by Mr. Barnett, members of the Mueller’s team interpreted Mr. Trump saying investigators “needed to get to the bottom” of an issue as the president “wanting to cover it up.”

Mr. Barnett said he “corrected” the individual, saying “no, he said get to the bottom of it.”

A second example was when Mr. Trump fired FBI Director James Comey in May 2017. He said the move was immediately viewed by the Mueller team as “obstruction” when it could have happened because Mr. Trump “did not like Comey and wanted him replaced.”

He said attorneys on Mr. Mueller’s team “wanted to be part of something ‘big,’ a successful prosecution,” according to the court filing.

Mr. Barnett told investigators that efforts to link former Trump campaign aides Carter Page and George Papadopoulos resulted in “nothing left to pursue,” despite multiple interviews with them.

Mr. Papadopoulos was ultimately charged with making false statements to investigators connected to the Mueller probe. He served a 14-day jail sentence.

Prosecutors have never charged Mr. Page with a crime.

He told investigators that Ms. McFarland was viewed by the Mueller team as “the key to everything.” Mr. Barnett believed some of the Mueller attorneys did not ask her clarifying questions and, instead, interpreted her comments in “a way favorable to their opinions.”

“Barnett believed some at SCO were trying to McFarland to change her story to fit the Trump collusion theory,” the interview notes say.

Mr. Barnett also served on the Flynn investigation, which he criticized saying the predication of the probe was “not great” and it “was not clear” what the FBI wanted to “look for or at.”

After six weeks of investigating Flynn, Mr. Barnett said he was “still unsure of the basis of the investigation concerning Russian and the Trump campaign working together without a specific criminal allegation.”

He began asking FBI officials what they viewed as “the end game” in the Flynn probe and recommended that they interview him and close the case “unless derogatory information was obtained,” according to the court filing.

Mr. Barnett said he was “cautioned against” interviewing Flynn because it might tip him off about the investigation.

Evidence in the Flynn case was so “problematic,” Mr. Barnett worried it would result in an inspector general investigation.

He described the FBI’s Flynn investigation as being run “top-down,” meaning that orders were coming from senior officials, including FBI Deputy Director Andrew McCabe, who Mr. Barnett viewed as “directing” the Flynn probe.

“Barnett was willing to follow any instructions being given by the deputy director as it was not a violation of the law,” the interview notes state.

Mr. Barnett, according to the interview notes, said he believed the Flynn investigation was a “check the box exercise” making sure all bases were covered before the case was closed. He “did not think” the Flynn probe was leading or headed toward prosecution.”