Growing Numbers of District Attorneys are Out to UNDERMINE The LAW 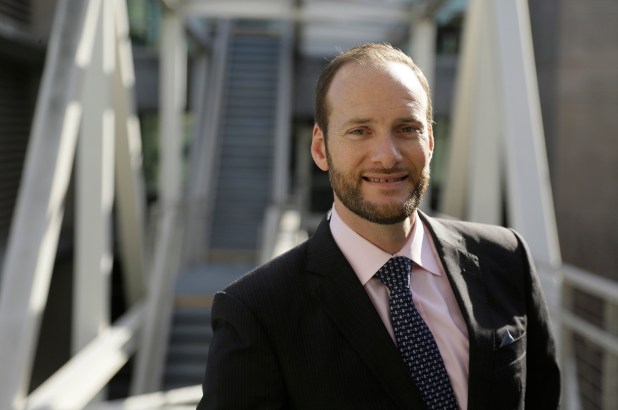 One reason for the surging, often protracted violence in US cities is the rise of a host of progressive prosecutors who actually tilt against law and order.
The trend is most glaring in places known for their kooky left-wing politics, like Portland and San Francisco, but extreme leftists have also taken over as district attorneys in cities like Chicago and Boston. Many owe big thanks for their elections to funding from far-left fatcat George Soros.
In Portland, violent “protests” have dragged on for months, thanks to the idiocy of Mayor Ted Wheeler, who let hoodlums drive him out of his own condo — but also to Multnomah County DA Mike Schmidt, who dropped charges against hundreds of people arrested for offenses like interfering with cops, disorderly conduct, criminal trespass and rioting. Schmidt also made it harder to prosecute assaults on cops.
In Contra County, Calif., outside San Francisco, DA Diana Becton will now consider looters’ “needs” when weighing criminal charges. At Politico, she and four other black, female DAs (from Chicago, Boston, St. Louis and Durham) actually slammed the very criminal-justice system they were elected to enforce — ludicrously claiming it was “constructed to control Black people and people of color” and that it’s now doing just that.
The Bay City’s DA is Chesa Boudin, the son of Brink’s robbery cop-killers who was raised by radical Weather Underground leaders Bill Ayers and Bernardine Dohrn. He, too, has adopted rules making it harder to prosecute suspects.
Chicago’s State’s Attorney Kim Foxx, who vowed to cut the jail population, dropped 35 percent more felony cases than her predecessor over three years (including that of alleged racial hoaxter Jussie Smollett).

Fortunately, Gotham DAs haven’t gotten quite as reckless (yet), but the threat is real: Last year, Queens came thisclose to electing democratic socialist Tiffany Cabán, who vowed not to prosecute low-level crimes and forced Melinda Katz (who won) to shift that way, too.
Manhattan DA Cy Vance stopped prosecuting fare-beaters way back in 2017. Brooklyn’s Eric Gonzalez embraces “pretrial diversion” — shielding folks nabbed for “minor offenses” from prosecution and “diverting” even some gun suspects from criminal punishment.
On Tuesday, Bronx DA Darcel Clark said she’ll move to drop disorderly conduct and curfew charges against 300 protesters at a June 4 rally.
Meanwhile, rioting, looting, arson and physical attacks have plagued cities for months. Murders in metro areas are up sharply; July was Chicago’s most violent month in 28 years. New York, too, is seeing stunning spikes in homicides.
Voters often focus on big races — for president, governor, Congress — but DAs are critical to public safety. If voters don’t elect prosecutors who’ll enforce the law, count on the chaos to keep rising.
Source>https://nypost.com/2020/09/05/growing-numbers-of-us-attorneys-general-are-out-to-undermine-the-law/
Posted by theodore miraldi at 2:21 AM