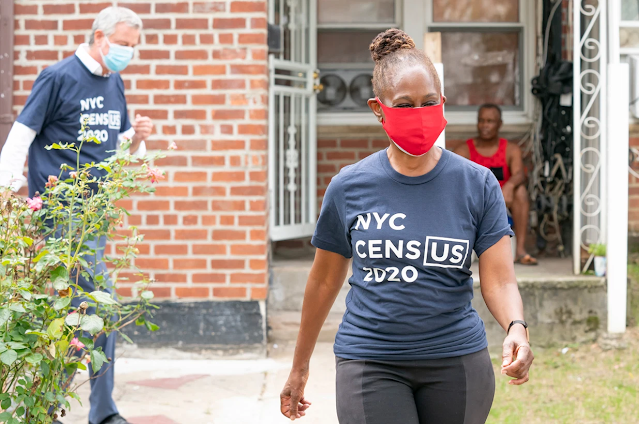 The mental health hotline that’s a cornerstone of the $1.25 billion mental health plan run by Mayor Bill de Blasio’s wife saw a 17 percent surge in calls during the height of the COVID-19 pandemic — but still missed its annual target to actually connect people to services.

In fact, the number of “supportive connections” to suicide prevention, counseling and other services at first lady Chirlane McCray’s ThriveNYC declined by over 12,000 from 2019, when the city wasn’t experiencing a public health crisis.

NYC Well, a free and confidential hotline available around the clock, answered 17 percent more calls in May 2020 compared to the previous year. The hotline’s website also saw a 400 percent spike in visits in April 2020 compared to April 2020.

The data is buried in the annual Mayor’s Management Report that analyzes the performance of city agencies and holds government officials accountable.

ThriveNYC was included for the first time this year.

The report also reveals findings by an outside organization of international experts called the Science Advisory Group that said the Big Apple could see major changes to mental health treatment for New Yorkers “in the next five years” or at least five years after the start of the $1.25 billion plan in 2016.

Critics have called for an overhaul of ThriveNYC due to the costly program’s lack of metrics, transparency and inability to help the seriously mentally ill.

Posted by theodore miraldi at 7:45 AM