'Your CAREER is a choice, my BLACKNESS isn't,' Swan wrote 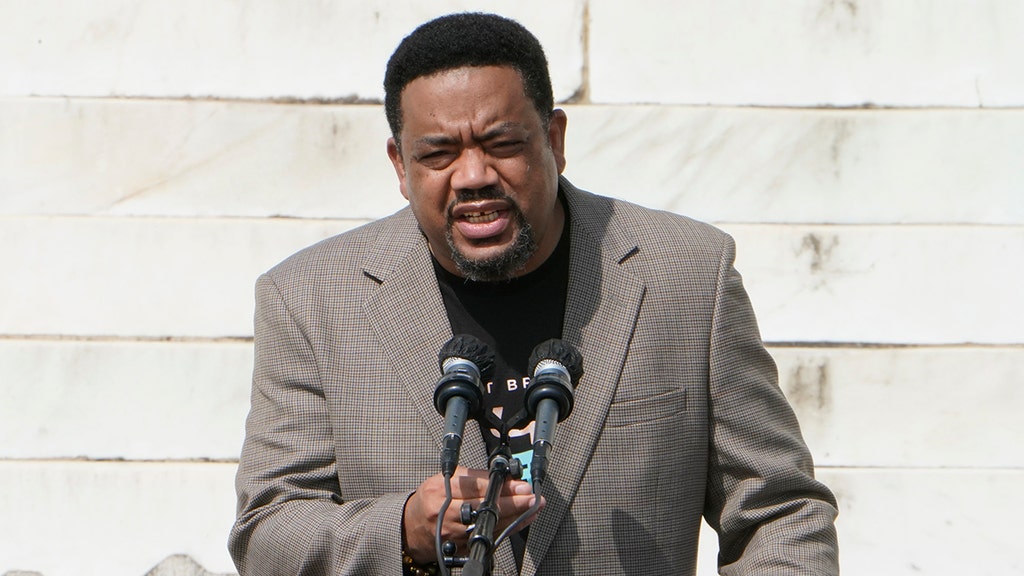 An NAACP chapter president said there is "no such thing as Blue Lives" on Twitter on Sunday following what appeared to be an ambush-style shooting of two sheriff's deputies in Los Angeles on Saturday.
"There’s no such thing as BLUE LIVES... Stop comparing your JOB with my LIFE... Your CAREER is a choice, my BLACKNESS isn’t. #BlackLivesMatter  #BlueLivesMatter," NAACP Greater Springfield President Talbert Swan wrote on Twitter.
PROTESTERS SHOW UP AT LA HOSPITAL TREATING AMBUSHED COPS, YELL 'I HOPE THEY F------- DIE'
"No one deserves to be unjustly murdered, police or citizens," Swan continued. "If you’re expressing outrage over the shooting of two sheriff’s deputies, but we’re defending #KyleRittenhouse murdering two protesters in #Kenosha only days ago, you need to shut up and have a seat."
Both President Trump and Joe Biden weighed in on the shooting that left the two deputies in critical condition. Biden called it "unconscionable," while Trump floated the death penalty for the alleged shooter.
The deputies, a 24-year-old man and a 31-year-old woman, were “fighting for their lives” as they underwent surgery following the attack, which occurred around 7 p.m. local time on Saturday outside a Metro rail station in Compton, according to the Los Angeles County Sheriff’s Department.
Bishop Talbert Swan, III speaks at the Lincoln Memorial during the "Commitment March: Get Your Knee Off Our Necks" protest against racism and police brutality, on August 28, 2020, in Washington DC. (Photo by JACQUELYN MARTIN/POOL/AFP via Getty Images)
Swan referenced Kyle Rittenhouse, 17, in his posts on Sunday. Rittenhouse faces a slew of criminal charges stemming from the Aug. 28 shooting, just two days after Jacob Blake was shot multiple times by a Kenosha police officer. Rittenhouse faces several felony charges, including one count each of first-degree reckless homicide and attempted first-degree intentional homicide.
EX-VEGAS POLICE LIEUTENANT ON AMBUSH OF LA DEPUTIES: 'THERE IS A WAR ON COPS'
Swan drew criticism in August when he tweeted the hashtag #wrongtrump after the president's brother Robert Trump died.
"Dear Grim Reaper, You took the #wrongtrump," wrote Swan, who is a pastor, radio host, and president of the Springfield, Mass., branch of the NAACP.
Fox News' inquiry to the NAACP was not immediately returned.
CLICK HERE TO GET THE FOX NEWS APP
Fox News' Brie Stimson, Ronn Blitzer, Louis Casiano and Stephen Sorace contributed to this report.
Source>https://www.foxnews.com/us/naacp-talbert-swan-blue-lives-no-such-thing
Posted by theodore miraldi at 6:17 PM