There is peril when ideological hooligans seize the reins 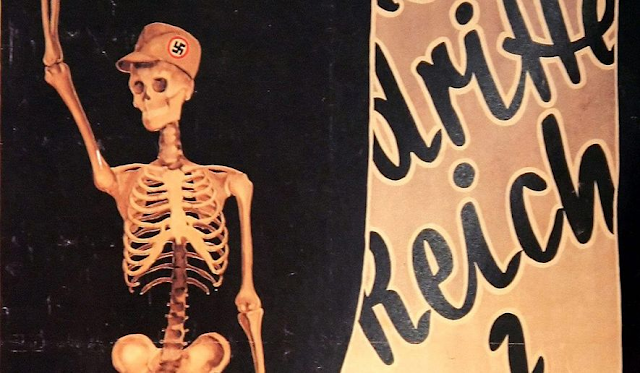 As the parallels between the Weimar Republic and today’s America accumulate ominously, there is one parallel that is worth particular attention. That is, the characterization of ideological hooligans as “peaceful protestors.” We need to remember that Hitler’s Brown Shirts were similarly characterized in their early days when they were cudgeling their way to power.

Nazis who engaged in street brawls with Communists under the democratic Weimar government frequently found themselves under arrest. But in 1925 they acquired a champion—a diabolical defense lawyer named Roland Freisler. Freisler was particularly adept at portraying Hitler’s bully boys as “peaceful protestors” who had been wantonly attacked by their opponents on the left.

On one occasion, in June of 1930, Freisler had organized Nazi gatherings at four restaurants in the German city of Kassel. Fearing trouble, the local authorities had banned the wearing of uniforms at these events. The Nazis defied the ban and showed up wearing their brown shirts and swastika armbands. That was a deliberate provocation, and the Communists rose to bait. Riots broke out between the two groups with many injuries on both sides.

Fifty police officers had been assembled to preserve order, but they were ordered to stand down by the Kassel police chief. Kassel was then controlled by the Social Democrats, who were anti-Nazi and had no sympathy for Nazi gangs.

Freisler seized on that detail to claim that it was the police who were responsible for the rioting. (Sound familiar?) Because the police had failed to protect the peaceful, inoffensive Nazis from Communist attacks, he argued, the Nazis had been obliged to defend themselves.

Moreover, Freisler declared, since the commissioner of police was Jewish he could not be impartial on any matter concerning National Socialism. (Maybe he was suggesting that the commissioner was systemically racist.) The commissioner reacted to this slur by bringing an action against Freisler for slander, and a magistrate’s court fined him 300 marks. But the episode helped to establish him as a leading lawyer for the Nazi Party.

When the Nazis took power three years later, Freisler’s career flourished. He was Secretary of State for the Prussian Ministry of Justice from 1933 to 1934, and then for the Reich Ministry of Justice from 1934 to 1942. In that capacity, he worked to make the legal system completely subservient to Hitler. He managed to eliminate a key element of German jurisprudence: that there could be no punishment without a law. In its place, he made it possible to criminalize behaviors retroactively, so that if someone already in police custody had not broken an existing law, a law could be devised under which that person could be punished.

In 1942, Freisler reached the pinnacle of his career when he was named president of the notorious “People’s Court.” This was a court set up outside the regular legal system to deal with political offenses. In practice, it was a kangaroo court in which Freisler acted as prosecutor, judge and jury. Between 1943 and 1945, the court imposed more than 5,000 death sentences, more than half of which were handed down by Freisler personally.

Among his more famous victims were the members of the White Rose, a small band of German students who had courageously circulated anti-Nazi leaflets. Freisler was also the judge who presided over the show trials of the army officers who had attempted to kill Hitler by planting a bomb in his headquarters.

Hitler ordered the trials to be filmed. Today, you can view the old newsreels on YouTube. Freisler’s theatrics are particularly offensive. It was not enough to condemn the men in the dock to death; Freisler did everything he could to rob them of their last shred of dignity. We see him screaming, finger pointing, slamming the table and making obscene remarks.

Have a look at those old newsreels. And then have a look at videos of today’s “peaceful protestors” screaming, finger pointing, slamming the table and making obscene remarks to peaceful, law-abiding people trying to have dinner at outdoor restaurants and cafes in this country.

Compare the two, and see how chillingly alike they are.

What began with calling ideological hooligans “peaceful protestors” under the Weimar Republic ended with thousands of decent Germans who opposed the Nazi regime being taunted, abused, degraded and finally condemned to death by a raving ideologue.

Look at today’s rioters, listen to the politicians call them “peaceful protestors” and then try to reassure yourself that such a thing could never happen here.