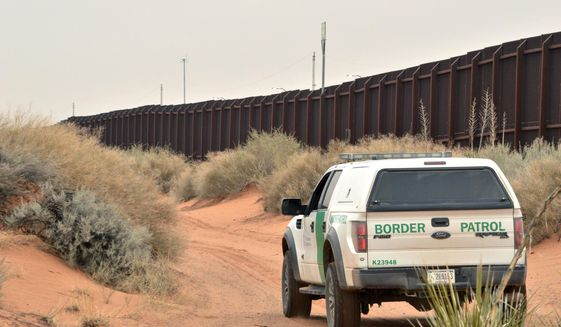 Democratic presidential nominee Joseph R. Biden’s campaign has revealed the details of his immigration policy, if elected. The proposal calls for halting construction on border barriers, eliminating detention of illegal immigrants and scaling back workplace enforcement — among other things.

The plan has not gone unnoticed. It would create a “staggering increase of immigrants and population growth” according to a detailed new analysis of the Biden proposal by the Federation for American Immigration Reform (FAIR). According to the analysis, potential consequences of the Biden immigration plan would include:

• 52 million total new immigrants eventually entering the country — 20 million of them are in the country illegally.

• 43 million people made eligible for family-chain migration under an extensive amnesty program.

• At least 20 million illegal aliens residing in the country due to reduced border enforcement and detention, and highly constrained interior enforcement.

“This dramatic increase would eclipse the entire current foreign-born population of the country. The likely increase in illegal immigration would run up the costs of services and benefits to illegal aliens and their U.S.-born children to more than $200 billion annually. That increase would represent a 50% jump in the already onerous annual costs to American taxpayers,” the analysis advised.

“Policy proposals are not just words on paper. If implemented, they will have quantifiable results. They can mean more legal and illegal immigration or less; greater costs to taxpayers, or less. It is important to get beyond rhetoric and look at the real-world implication of policy proposals if they become law, so that voters can understand the choices they are making,” says Dan Stein, president of FAIR.

Find the complete analysis at FAIRUS.org.

Some wonder whether Sen. Mitt Romney will vote yea or nay on President Trump’s Supreme Court nominee. The Utah Republican was the sole party member to convict Mr. Trump after the impeachment trial, so the complex question bears examination.

“A prudent and principled vote to ensure the sitting president and the Senate of his party the chance to secure the court would go a long way towards making him something other than a pariah,” writes David Marcus, a contributor to The Federalist.

“Ultimately, the choice Romney faces is whether the final act of his political career is going to be about his principles, or be about Donald Trump. Will he stick to his guns on protecting the Constitution, or out of spite, like so many others, will he deny conservatives a vital seat on the highest court out of personal animosity towards the president?” asks Mr. Marcus.

“A lot of people think I’m crazy, but I hope and believe that Romney will choose what is best for his country, not what is worst for Trump. A commitment to consider Trump’s nominee would be a very big deal and would make clear that his opposition to the president is not rooted in anything but his love of his nation,” he says.

Live audiences, special effects — the showbiz aspect of the upcoming presidential debates has been lessened this time around thanks to the coronavirus pandemic. But wait. This could actually prove to be a positive when President Trump and Democratic presidential nominee Joseph R. Biden face off in one week.

“The 2020 presidential and vice presidential debates will play a very different role than usual in the upcoming election. With COVID-19 disrupting the typical routine of campaign events, the debates will provide a rare opportunity for the public to see the candidates directly engage with each other in real time,” says Gordon Stables, a man who knows about such dynamics.

He is a professor at the University of Southern California Annenberg School for Communication and Journalism, director of the School of Journalism and a past president of the American Forensics Association and the Cross Examination Debate Association.

“Both presidential campaigns have raised concerns about the competency of the other candidate. The debates will put those questions directly before viewers. These sessions will also lose the distracting role of audience cheers and groans without in-person audiences. Finally, these events will be essential sources of content for the campaigns’ social media accounts,” notes Mr. Stables.

SOMETHING NEW FOR THE CIA

The Central Intelligence Agency has just launched CIA Labs, a federal laboratory and in-house research and development arm for CIA meant to “drive science and technology breakthroughs for tomorrow’s intelligence challenges,” the agency said in a statement.

CIA Labs now joins 300 other U.S. federal laboratories and establishes CIA as a research partner for other labs, academia and industry, in multiple disciplines. The move also enables officers to obtain patents and licenses for intellectual property they develop on the job, and provides “internship and externship” opportunities.

“Some phenomenal innovations have come from CIA over the years, and with CIA Labs, we’re now better positioned to optimize developments and further invest in our scientists and technologists. In an evolving threat landscape, CIA Labs will help us maintain our competitive edge and protect our nation,” said Dawn Meyerriecks, head of CIA’s Directorate of Science and Technology, in a statement.

• 49% of U.S. adults say it is “very likely” there will be mass protests if President Trump wins reelection; 52% of Republicans, 39% of independents and 60% of Democrats agree.

• 12% are not sure whether there will be protests; 8% of Republicans, 19% of independents and 6% of Democrats agree.

Posted by theodore miraldi at 7:21 PM