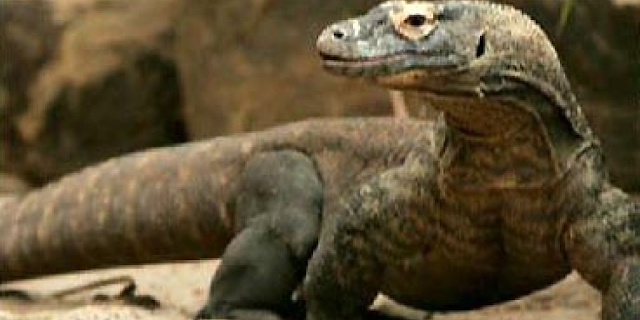 Vanderbilt University professor and historian Jon Meacham recently gave a quiz in his course on the 2020 election in which students were asked: “Was the Constitution designed to perpetuate white supremacy and protect the institution of slavery?” You had to answer "yes" or get points deducted.

It appears that the final exam in the class could prove even more demanding for any intellectually honest student if Meacham asks about the voters themselves. The NBC analyst this week declared that President Trump and his supporters are examples of being controlled by what is called "the lizard brain."

It only got worse from there.

MANY TRUMP SUPPORTERS FEEL NEED TO HIDE THEIR SUPPORT FOR PRESIDENT: POLL

Meacham addressed a simple question of whether Trump helped himself with his base in the second presidential debate Thursday night. It is impossible on NBC, however, to refer to Trump voters without some derisive or insulting precursor. Meacham did not disappoint his audience.

“I think Trump did himself good with his base tonight,” Meacham said. “The question for America is how big that base is. There is a lizard brain in this country. Donald Trump is a product of the White man's, the anguished, nervous White guy's lizard brain.”

Meacham was referring to a primitive part of the brain in psychological literature: "Many people call it the ‘Lizard Brain,’ because the limbic system is about all a lizard has for brain function. It is in charge of fight, flight, feeding, fear, freezing up, and fornication."

Of course, even with the lead held by Democratic presidential candidate Joe Biden in the polls, roughly half of this country still supports Trump (or at least rejects Biden, who Meacham has endorsed). That is a lot of lizard people.

What is striking is that Meacham is supposed to give what NBC, MSNBC and PBS present as neutral, scholarly analysis. But his comment about Trump supporters having lizard brains captures why conservative or independent voters view the networks as biased and gratuitously insulting.

Indeed, these comments show that networks like NBC are now focusing entirely on Democratic and liberal viewers — writing off half of the American people as gag lines.

I have written repeatedly about how the media have helped Trump by fulfilling his narrative of open bias. Meacham shows that they are now enjoying this too much.

There appears to be no point that is too insulting or raw for national commentary so long as it is an attack on Trump or those who support him.

I did not vote for Trump, and I have regularly criticized him in columns and blog posts. However, I have watched the stereotyping of Trump supporters at media conferences for years. It suggests that roughly 63 million people in this country who voted for Trump in 2016 are knuckle-dragging racists.

The media have simply never tried to see any nuance or gain any insight into what is motivating Trump supporters. It is easier to dismiss them as a whole as racists and lizard people.

Washington Post columnist Jennifer Rubin has declared that Trump supporters as a whole are racists. That common stereotyping of Trump supporters is uncontested, even as the media object to Trump’s generalizations about other groups.

“Make America Great Again” hats are denounced by academics as the symbol of “modern day hitlerjugend” and hate speech.

What is most distressing about Meacham’s comments is that he is an incredibly talented and insightful academic. But it is hugely popular to degrade Trump's supporters on television. That can create its own conditioning reward system.

It is also popular in academia today to rewrite history to fit a narrative, like declaring simplistically that the Constitution was designed to perpetuate White supremacy and protect the institution of slavery. No nuance. No objectivity.

Following this logic, if you believe Trump is a threat, it follows that his supporters are threats. That actually sounds familiar. You could almost say that it sounds like … well … the lizard brain.

An article headlined "Why Your Lizard Brain is Keeping You Stuck and Specific Tools To Start Connecting" could be distributed as a self-help guide for network analysts.

The article states: “When you’re acting in one of these fear-based modes — whether you fight, flee or freeze — you can’t remember any of the great communication tools you’ve learned or the tips or strategies you’ve been practicing because you can’t access the part of the brain where that stuff is saved! Brain imaging has shown that when the amygdala is activated by negative emotions, it actually interferes with the brain’s ability to solve problems (or figure out how to get unstuck). But here’s the good news: positive emotions and thoughts do the opposite; they help you with creative problem-solving and strategic thinking.”

In other words, it is possible that tens of millions of voters are not lizard people, but people with opposing views. Yet, once Trump supporters are shown or discussed, it triggers these intense negative emotions in analysts who respond with fight and flight impulses.

Once you accept that, you can access parts of "the brain where that stuff is saved" from your training and your scholarship. You know. Like history.

*Jonathan Turley is the Shapiro professor of public Iiterest law at George Washington University and a practicing criminal defense attorney.

Posted by theodore miraldi at 10:09 PM