AMERICA Itself Is On The Ballot

In this election, Donald Trump faces the opposite of everything he stands for 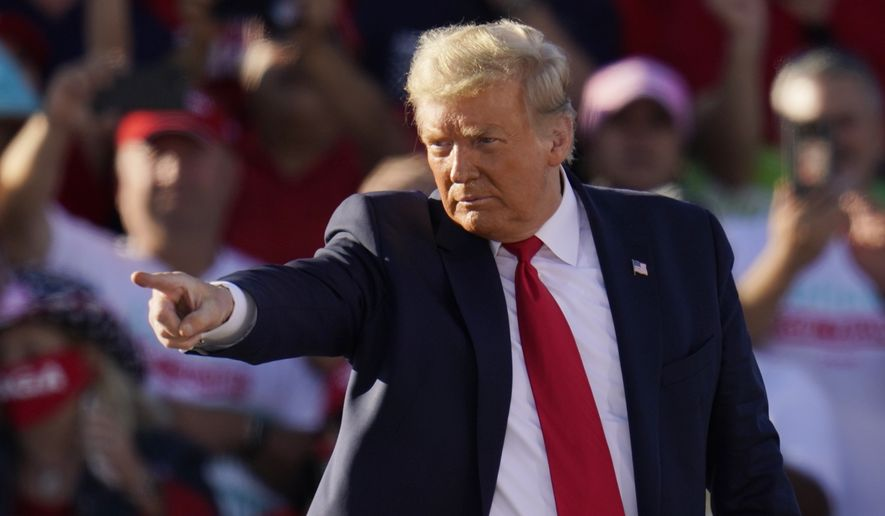 Never has an election come down to a clearer choice.

You have a strong, disruptive, sitting president who unabashedly loves America and seeks to tame Washington. He openly supports and defends the principles and ideals on which America is founded.

When President Trump took the oath of office, he vowed to support and defend the Constitution against all enemies, foreign and domestic. The guy was not kidding.

He is a man of America, trying to tame Washington.

In this election, Mr. Trump faces the very opposite of everything he stands for.

The Democrat nominee in this election is a man who is embarrassed by America. His campaign is an apology for all that America is and the very principles and ideals America was founded upon.

Joseph R. Biden is a man of Washington, trying to strangle America.

When riots break out in an American city after police shoot dead a man charging people with a knife, President Trump vows to put down the looting and mayhem.

Mr. Biden apologizes. For the police.

That is because Mr. Biden believes that America is “systemically racist.” That is no small charge. It is a treasonous claim that America is so deeply veined with racism that the racism cannot be rooted out unless America is torn asunder.

Democrat politicians today openly assert that America was founded on the racism of slavery — a hideously ignorant slander that obliterates every principle, ideal and argument of our founding.

Tell me how is it possible that a single one of these politicians takes the oath to “support and defend” a Constitution they openly believe must be wrenched apart? How do they claim to defend the Constitution from all enemies — foreign and domestic — if they themselves are the enemy of that very Constitution?

In the great pantheon of President Trump’s stunning successes, none are more important than his slavish fidelity to the Constitution in choosing judges for the federal bench, particularly the three justices he placed on the Supreme Court.

Democrats on the Senate Judiciary Committee made the argument out loud during her confirmation hearings that Justice Barrett was not qualified to be on the Supreme Court because she believes the Constitution as written and amended actually means what it says. Her “originalist” views render her outdated, racist and bigoted — just like the flawed men who founded America.

This was — literally — their argument against Justice Barrett. And every other judge and justice President Trump has put forward.

Again, please tell me how these men and women on the Senate Judiciary Committee get away with such an intentional, sustained — systemic, even — attack on the very Constitution they swore to support and defend when they got elected?

“Treason” does not begin to describe what these people are guilty of. It is in fact a vast conspiracy to commit treason and shred the Constitution. And these people have taken hold of an entire major party in Washington today.

The outlines of this most crucial fight play out in every other area of American political life today.

President Trump wants to open America and let people breathe free, relying on the wisdom of citizens to be prudent during this global pandemic. Mr. Biden wants to shut the country down and force physical mandates on all Americans.

Mr. Trump wants to turn loose the American economy to lift all people out of these doldrums. Mr. Biden wants to throttle the free economy, starting with the oil and gas industry that has given America unrivaled independence from the very wars Mr. Biden spent decades dragging Americans into around the world.

Even in their campaign styles, Mr. Trump and Mr. Biden could not strike more polar opposite demeanors.

Mr. Trump is a constant presence, blazingly open and always eager to share his every opinion. Sometimes to the detriment of his own campaign.

Mr. Biden, meanwhile, is literally hiding from voters, hoping to burn out the clock until Election Day. It appears that Mr. Biden is so mentally enfeebled that his campaign handlers hope Mr. Trump’s name alone — and the voter exhaustion that comes with it — will be enough to get Mr. Biden elected.

But it is not just Mr. Trump who is on the ballot this year. It is the Constitution and America as we know it.

• Charles Hurt is the opinion editor of The Washington Times.