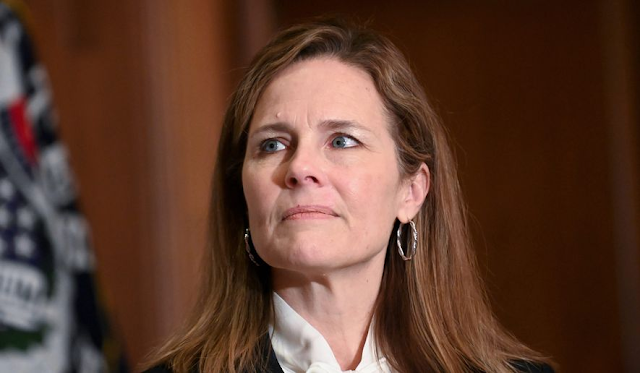 For nearly 50 years now, Democrats have plotted to annihilate the Supreme Court.

Unable to sell their dangerous, destructive — even murderous — legislative agenda to voters, Democrats instead sought to strip the judicial branch of its independence by infecting it with their own twisted partisanship.

The reigning euphemism of the day is “court packing,” which former Vice President Joseph R. Biden openly refuses to discuss with voters until after the election. A more accurate term is “expanding” the Supreme Court by adding seats to dilute the currently sitting justices. Or “exploding” the federal judiciary. Or “annihilating” the independence of an entire branch of the federal government.

They do this by installing puppet “jurists” who no longer believe that the Constitution actually means what it says. It’s a “living document,” according to this death squad.

The judiciary, to these people, is actually just a super-legislature that is unelected and holds office for life.

This kind of constitutional thuggery is the hallmark of socialist dictatorships and banana republics — dress up the institution designed to protect democracy and individual liberty with unelected authoritarians specifically designed to make a mockery of both.

Ever since the Supreme Court first hallucinated about some unwritten constitutional right to abortion back in 1973, Democrats have pushed the federal judiciary further and further into doing the dirty work they could not get done in the legislature.

When they are playing offense, Democrats are ruthlessly efficient and — literally — have never installed a Supreme Court justice who did not operate on the court precisely as instructed.

Republicans — loath to even play the wicked game — unsurprisingly have a terrible record on this account.

When playing defense, Democrats prove just as dastardly in their search-and-destroy mission against any Republican-nominated jurists who pledge fealty to the Constitution.

The difference between today and the last 50 years of Democrat perversions of the Supreme Court can be summed up in one simple factor: PresidentTrump.

Before Mr. Trump got elected in 2016, conservatives were extremely wary of Mr. Trump’s lack of experience or record pertaining to the federal judiciary. But, in truth, he turned out to be the single greatest Republican in a half-century on this vital issue.

First — and perhaps most importantly — the guy doesn’t mind a fight. If Democrats are going to go to the mattresses over it, then so will Mr. Trump.

If Democrats are going to invent sick and hysterically unfounded accusations against one of his judicial nominees, then Mr. Trump is going to fight them to the death.

Second has to do with the very lack of experience or record that made conservatives so wary about Mr. Trump in the first place. The guy comes to this issue with absolutely no preconceived notions. He offers a fresh set of eyes. He is boldly willing to reinvent the wheel.

So the question of whether federal judges should adhere to the Constitution or just make it up as they go along is so blatantly obvious to Mr. Trump that it barely even deserves consideration.

Of course an unvarnished political activist such as Ruth Bader Ginsburg did not belong on the Supreme Court!

It is a remarkable testament to the success of Mr. Trump that Democrats now appear so deeply stymied over how precisely to attack Judge Barrett in the midst of a presidential election.

I predict that they have already surrendered the fight over her character, judicial temperament and qualifications. Instead, Democrats in the Senate will do everything in their power to discredit Judge Barrett’s impartiality in hopes of rendering her at least neutral if the 2020 presidential election winds up in the federal courts.

And if they win, they will stop at nothing to blow up the entire judicial branch.

Posted by theodore miraldi at 11:52 AM