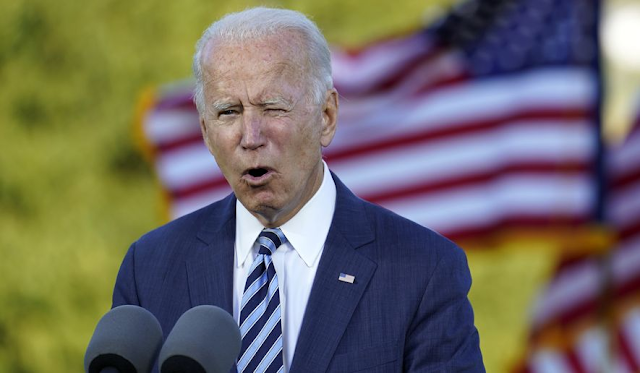 With all the news that is always breaking, very often some of the more important events and information fly under the radar.

Democratic presidential candidate and former Vice President Joe Biden has reaped the benefits of a legacy media that is working overtime to protect him from any inquiry or oversight into his behavior and comments, amusingly referred to as “gaffes.” But the bizarre and inappropriate remarks aren’t exclusively the result of cognitive decline; rather he is also a living example of the sort of person who thrived in the destructive and bureaucratic monstrosity in Washington, D.C., which has no standards and dispenses no repercussions.

This matters especially now as the swamp would prefer we not remember how they abused us as we head to Nov. 3. Unfortunately for them, Mr. Biden’s attitude and remarks do remind us, and they’re nothing new. His entire political career has been peppered with statements revealing a man who thinks too much of himself, not much of others and even less of women and people of color.

For those unfamiliar with Mr. Biden’s history, they learned a lot after his patronizing description of then-candidate Barack Obama in 2008, referring to him as “the first mainstream African-American who is articulate and bright and clean and a nice looking guy.”

Mr. Biden’s strange comfort with racial stereotypes was on display at a veteran’s event in September of this year in Tampa, Florida. When asked about the pandemic he said of the American public, “the blinders have been taken off. They’ve all of a sudden seen a hell of a lot clearer. They’re saying: ‘Jeez, the reason I was able to stay sequestered in my home is because some Black woman was able to stack the grocery shelf.’”

Yeah, no. That was as revealing as his remark to the “Breakfast Club” radio program in May when he told host Charlemagne tha God, “Well I tell you what, If you have a problem figuring out whether you’re for me or Trump, then you ain’t black”

That statement reminded everyone of how significantly the Democrats take Black Americans for granted. Moreover, at an event in August, speaking to Hispanic and Black journalist groups, he revealed again how he views Blacks as a monolithic block: “Unlike the African American community, with notable exceptions, the Latino community is an incredibly diverse community with incredibly diverse attitudes about different things. You go to Florida, you find a very different attitude about immigration than you do in Arizona. So it’s a very diverse community.”

His behavior with women and girls has also been called into question for years, earning him the nickname “Creepy Uncle Joe.” The media and Democrats have worked very hard to exempt him from the #Metoo movement. But just this week Breitbart reports he just couldn’t help himself from making comments about girls that raised more than a few eyebrows.

“During Biden’s visit to the community center, a group of traditional Haitian dancers, who appeared to be of various ages, gave a performance. ‘Good news is, for me, I’m here. The bad news for you is I’m coming back,’ he said. ‘And I want to see these beautiful young ladies. I want to see them dancing when they’re four years older, too,’ Biden said,” reported the web news magazine.

All of this reminds us of the arrogance and attitude that blooms in the sewer of the swamp and what politicians have gotten away with for too long.

Joe Biden is a relic, reminding us of everything that has gone wrong in the past and why we had been on the precipice of disaster. The election of Donald Trump was the necessary act to reform a system that is inherently corrupt at its core, a Hail Mary pass that worked.

True to form, the establishment is so degraded they had to turn to the most archaic representative of their halcyon days, when the lives of the bureaucrats were filled with wine and roses, while ours were filled with wars, recessions, riots, unemployment and addiction. The Democrats are hoping we’ve forgotten what they did to us. On Nov. 3 they’ll find out we haven’t.

Posted by theodore miraldi at 4:49 PM