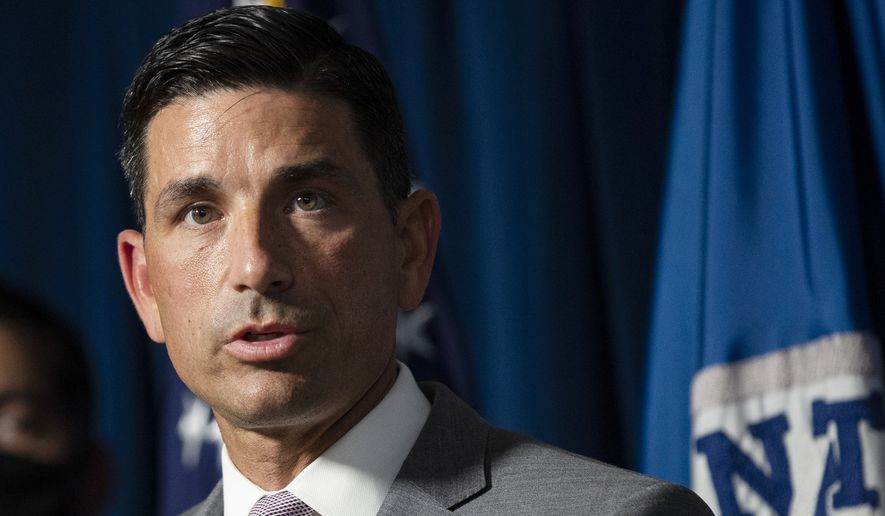 Mr. Wolf’s comments came after an embarrassing incident in which Twitter expunged a tweet about the border wall and locked the account of the head of Customs and Border Protection, saying it was “hateful” to claim that “walls work” to stop gang members and criminals from getting across.

“It is dangerous and damaging when any publisher arbitrarily and unfoundedly decides, as it did here, that the facts and policies of a particular presidential administration constitute ‘violence’ — in order to censor them,” Mr. Wolf wrote in a letter to Twitter’s CEO.

He continued: “And in the case of Twitter, this can cut off an essential mode of communication between U.S. government officials and the public. In doing so, Twitter is sabotaging public discourse regarding important national and homeland security issues.”

Mr. Wolf said Twitter can’t say it was an accident He revealed that CBP’s first attempt to appeal Twitter’s decision was rebuffed. Only after the agency went public — with Mr. Wolf and acting CBP Commissioner Mark Morgan detailing the censorship while standing in front of the border wall in Texas on Thursday — that Twitter relented.

The company also bungled its communications with the press. It told The Washington Times at 2 p.m. Thursday that the censorship had been reversed, but the tweet wasn’t actually restored until later in the afternoon.

And the company said the decision was reversed “following an appeal by the account owner.”

In fact, Mr. Wolf said, that initial appeal was denied, and it was only after he and Mr. Morgan took their complaints to the public that the company reversed itself.

The decision to censor Mr. Morgan came just hours after Twitter CEO Jack Dorsey testified to the Senate over his company’s policies, defending their rules as unbiased.

Posted by theodore miraldi at 9:45 AM