Altering the Electoral College, packing the Senate and the Supreme Court on table 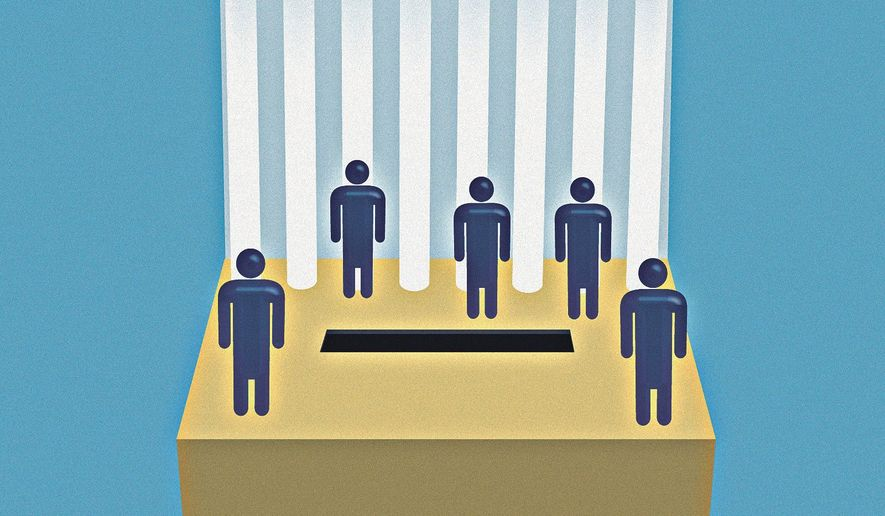 Election a choice and constitutional norms illustration by The Washington Times

In traditional presidential campaigns, the two major parties offer contrasting ideas and policies. The Democratic and Republican candidates barnstorm the nation to make their cases.

Democratic nominee Joe Biden is more or less a virtual candidate, mostly communicating from home via Zoom. He offers few detailed alternatives to the first four years of the Trump administration.

Instead, Mr. Biden is running on the idea that Donald Trump caused the COVID-19 pandemic and the resulting economic recession, and that he’s responsible for violence in the streets.

But Mr. Biden rarely offers contrasting visions of what he would have done differently than the Trump administration — or, for that matter, major European countries that are now in worse economic shape and fighting another coronavirus spike.

Even in the final days of the race, Mr. Biden is making far fewer campaign appearances than President Trump. The challenger is outsourcing to the media his defense against allegations that the Biden family has peddled influence to foreign interests for millions of dollars that were routed into family coffers.

An inert Mr. Biden is playing the role of good ol’ Joe from Scranton, while his supporters hope not to just to change presidency, but to alter the very rules of how America has been governed for decades and even centuries.

The left bragged that their “Blue Wall” lock on solidly Democratic, union-heavy Midwestern states had ensured Barack Obama two presidential terms — and in 2016 would guarantee Hillary Clinton the presidency as well.

But in 2016, the Blue wall crumbled — perhaps permanently.

Now, furious progressives plan to end the constitutionally mandated Electoral College by hook or crook. They feel it is no longer serves their election purposes.

Ditto the traditional structure of the Supreme Court. For nearly 60 years, a left-leaning Supreme Court revolutionized American cultural and political life with progressive decisions. The majority on the court advanced liberal agendas that often found little support in referenda, state legislatures and Congress.

But then the unthinkable happened with the stunning 2016 election of Donald Trump.

Mr. Trump now has appointed three traditionalist (and relatively young) justices to lifetime spots on the Supreme Court. Ironically, he was empowered to do so after Democratic Senate Majority Leader Harry Reid changed the Senate rules in 2013, reducing the threshold for approval of executive and judicial nominees from 60 votes to 51 votes.

Mr. Reid wrongly took for granted that Democrats would control the Senate for the next decade as part of an Obama-Clinton 16-year continuum. Mr. Reid wished to ensure that the Republican Senate minority would have no ability to obstruct the appointment of progressive nominees until at least 2024.

Instead, Mr. Reid ensured that Mr. Trump and a Republican-controlled Senate could appoint conservative judges at will under the new rules.

In other words, the 151-year tradition of a Supreme Court with nine justices would end.

The left also wants to pack the Senate — and change the rules. Puerto Rico and Washington, D.C., would become new states. Their admission would end the tradition of 50-state America and would likely mean another four Democratic senators.

A Biden presidency and Democratic-controlled Senate would also quickly kill off what is left of the filibuster. Democrats wish to ensure that a surviving Republican minority could not impede progressive agendas in the same manner that the Democratic minority has stopped Republican legislation in recent years.

In sum, the 2020 election is not just about Joe Biden sitting on a perceived lead and trying to run out the clock against barnstorming incumbent President Trump.

It is really a choice between changing rules when they are deemed inconvenient and respecting constitutional norms and long-held traditions that have served America well for many years.

Posted by theodore miraldi at 11:30 AM