"This conduct undermines the GSA’s role as a neutral provider of services to presidential transition teams," the GOP report said

*Nearly 4 years later the nation is still experiencing the massive corruption throughout the Obama Administration. And here we are on the verge of another Presidential Elections with the last remnant of that Corruption Joe Biden. This attempt to seize power again and cover-up not only his Pay for Play, but massive ethic violations once more. 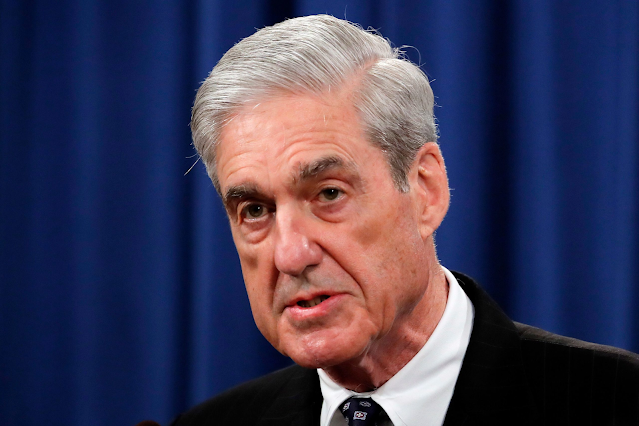 Former Special Counsel Robert Mueller and the FBI gained access to Trump transition team records during their Russia investigation through the General Services Administration, according to a report from Senate Republicans.

The FBI and Mueller secretly pursued the documents despite an agreement between then-President-elect Trump’s team that the transition records were private property and would not be retained after the transition ended, said a 26-page report released Friday by Sens. Ron Johnson, R-Wis., and Chuck Grassley, R-Iowa, chairmen of the Senate Homeland Security and Governmental Affairs Committee and Senate Finance Committee, the Washington Examiner reported.

The report, titled, “Don’t Brief the Trump Team: How the GSA and the FBI Secretly Shared Trump Transition Team Records,” said the “presumption of good faith” in the transition “was called into question in 2016. This majority staff report tells an important, yet overlooked, story about how the" FBI and special counsel “secretly sought and received access to the private records of Donald J. Trump’s presidential transition team, Trump for America, Inc.”

It noted that Obama appointee Denise Turner Roth was administrator of the GSA until Timothy Horne was appointed as acting administrator on Inauguration Day in 2017.

The report said even after the transition team learned about the secret preservation request the GSA refused to give the Trump team a copy of its own records.

“Instead, after denying the Trump transition team its basic legal rights to control its own information, including the opportunity to protect privileged or confidential information, the GSA turned those same records over to the Special Counsel without requiring any legal process, such as a subpoena or warrant,” it said.

The GSA preserved all remaining Trump transition team records for months, the report said, “even though the GSA did not receive a formal preservation request until June 12, 2017.”

Mueller’s team also received transition records for “13 different Trump for America officials, including then-CIA Director Mike Pompeo, then-national security advisor to the vice president Keith Kellogg, and Jared Kushner” in August 2017. The requests were made without a subpoena or search warrant, the report said.

The requests for the records were made by former FBI Assistant General Counsel Kevin Clinesmith, who later pleaded guilty to falsifying a document related to a FISA wiretap of Trump associate Carter Page, according to the Washington Examiner.

In conclusion, the report said, the conduct “undermines the GSA’s role as a neutral provider of services to presidential transition teams. These actions provide a basis for future transition teams to question or even doubt the services offered by the GSA, which risks the effectiveness of the transfer of power from one administration to the next.”

It added the report should serve as a “stark warning” to never let such conduct happen again.

Posted by theodore miraldi at 12:31 PM