A pro-Farrakhan column not only seeks to reinvent history but also illustrates the left’s hypocritical failure to connect a hatemonger’s influence and a surge in hatred. 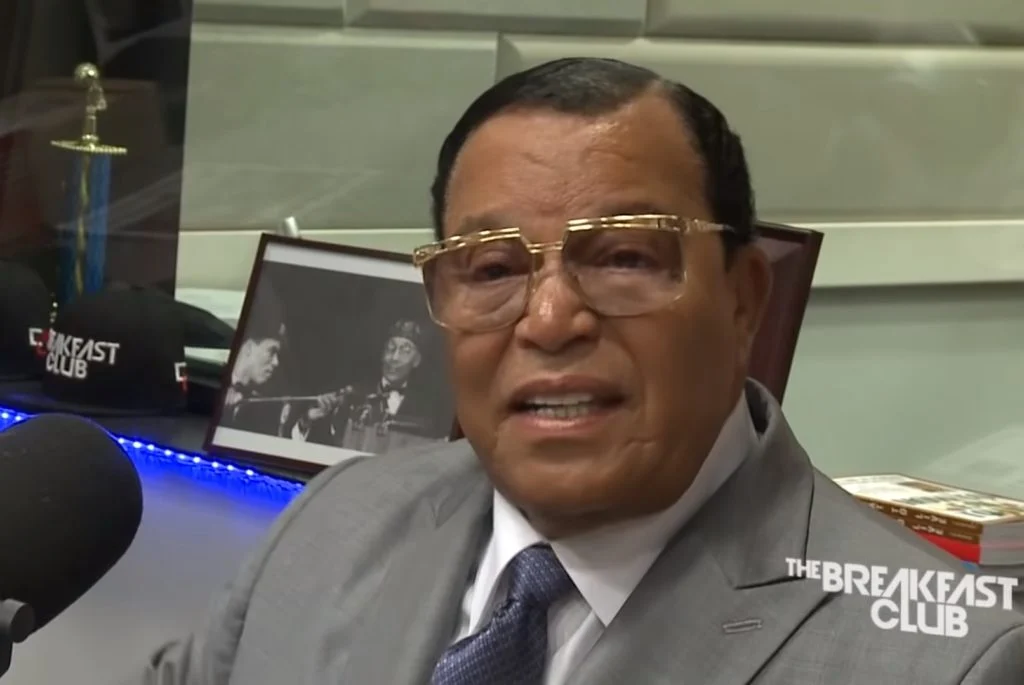 
Less than four months ago, the opinion editor of The New York Times lost his job because he published an op-ed that some newspaper employees claimed made them feel “unsafe.” The staffers denounced as racist Sen. Tom Cotton’s appeal to “Send in the Troops” to deal with rioting and looting in many American cities after the death of George Floyd.

Cotton’s proposal was supported by a majority of Americans who felt that the first wave of “mostly peaceful” Black Lives Matter protests endangered their lives and property. But to the increasingly woke ranks of journalists, allowing a leading member of the Senate to represent that view was intolerable.

New York Times publisher Arthur Sulzberger soon folded and apologized for publishing the article. Opinion Editor James Bennet resigned under fire. An editorial note appended to the article said, “We failed to offer appropriate additional context — either in the text or the presentation — that could have helped readers place Senator Cotton’s views within a larger framework of debate.”

Times readers may well ask what context was provided for an article it published this past weekend that lauded Nation of Islam leader Louis Farrakhan. The article ostensibly was a tribute to the noted hatemonger’s “Million Man March” held 25 years ago this month in Washington, D.C. The article praised the women who were the foot soldiers for Farrakhan’s demonstration, but any “context” about the movement and its leader was conspicuous by its absence.

As former Times editor Bari Weiss tweeted in response, “If you read the oped and knew nothing about Farrakhan, you would think he were a gentleman.” As she pointed out, Farrakhan has a long history of antisemitism, racial incitement, and sexism that ought to be noted in any article about him.

Bari Weiss
@bariweiss
·
Oct 18, 2020
Replying to @bariweiss
More than that. You'd think he was deferential to women: "Amid critiques that the Million Man March was exclusionary and sexist, he took the advice of the women." Let's take a look at some of Louis Farrakahn's views.

Bari Weiss
@bariweiss
"Pedophilia and sexual perversion institutionalized in Hollywood and the entertainment industries can be traced to Talmudic principles and Jewish influence. Not Jewish influence, Satanic influence under the name of Jew." He said that in 2019.
3:12 PM · Oct 18, 2020
Bari Weiss
@bariweiss
·
Oct 18, 2020
Replying to @bariweiss
Then the Western man says, ‘If you want this money from the World Bank or the IMF, you have to make a law that allows same-sex marriage.’ Look, brothers and sisters, this is satanic.” He said that in 2018.

Bari Weiss
@bariweiss
“God did not create man to lay with man. But you are being chemically programmed against your nature, you don’t know it.” He said that in 2018.
3:12 PM · Oct 18, 2020
Moreover, it is impossible to understand the surge in incidents of violence by blacks against Jews in the Greater New York area without understanding how the “Million Man March” helped legitimize Farrakhan and his particular brand of hatred among many African-Americans. A reporter who covered the march in 1995 recalled this week that the tone of the event was marked by tolerance for expressions of Jew-hatred and was widely condemned by Times columnists of the day for its divisive bigotry.

Why would this basic fact about an event be tossed down the Orwellian memory hole by the so-called newspaper of record? The answer lies in part with what Weiss described as the Times’ “blind spot” on antisemitism. But the key to understanding the Times in the post-Floyd era is that this sort of revisionism about American history, whether recent or the beginnings of the republic, has become endemic.

As the controversy over the Times’s “1619 Project” illustrated, advocates of “white fragility” and critical race theory have effectively dismantled the traditional guardrails against radical attacks on the liberal ideas that were once foundational principles for the newspaper. So it is little surprise that a figure like Farrakhan, who was denouncing Jews for their alleged “white privilege” long before it became fashionable to do so, should get a pass from the newspaper.

Critics of The New York Times have long pointed to its unwillingness to highlight the Holocaust as an important event while it was happening as well as its equivocal at best approach to covering Israel. In recent years, this “blind spot” has become more prominent.

In 2019, the Times published an editorial cartoon in its international edition in which Israel’s prime minister was depicted as a dog in the sort of illustration that was straight out of the Nazi playbook. When called out for this obvious transgression, it was clear that none of the editors involved had any sensitivity to the issue or traditional antisemitic tropes.

Only a few months before that, the paper highlighted novelist Alice Walker, another noted antisemite, without asking about her beliefs. It even published her recommendation for readers to embrace the work of noted conspiracy theorist David Icke, who is concerned about the influence of Jews as well as shape-shifting lizard people.

Just as important is the newspaper’s growing acceptance of anti-Zionism, a thinly disguised idea that would deny to Jews the right to a homeland and to self-defense, which they wouldn’t deny to anyone else. Yet regular columnists like Michelle Goldberg and recent addition Peter Beinart supporting dismantling these only for Jews.

Just as important was last month’s Times Magazine fawning celebrity interview with Rep. Ilhan Omar. In it she, too, was given a pass for antisemitic statements and even allowed to talk down to Jewish critics and to assert that she knew more about Jew-hatred than they did.

Such attacks on Israel and the growing intolerance for its ability to sustain itself is integral to the intersectional ideology that is part and parcel of the Black Lives Matter movement. As the Cotton op-ed controversy showed, that can no longer be questioned at the Times. Critical race theory similarly embraces myths about the Palestinian war on Israel being comparable to the struggle for civil rights in the United States.

In her resignation letter from the Times, Weiss noted that prejudice against Jews and Israel had become part of the normal discourse in the paper’s newsroom. So at a time anything that questions BLM ideology is inherently suspect and attacks on Israel’s existence are no longer beyond the pale, it is hardly surprising that a paean to Farrakhan would not raise eyebrows among Times editors.

In and of itself, that is troubling. But for a newspaper that twists logic to consistently allege that President Donald Trump is a hatemonger, the New York Times’s unwillingness to connect the dots between Farrakhan’s hate and acts of violence against Jews from African-Americans is even more disturbing.

Unlike far-right white supremacists whose ideas are toxic but whose numbers and influence remain marginal, Farrakhan has a mass following. A conservative estimate would put it at hundreds of thousands between Nation of Islam mosque members and the far greater number of African-American sympathizers who buy into the idea that he is a symbol of empowerment rather than hate. That idea was largely born at the “Million Man March” that the Times would have us believe was as worthy of commemoration as Dr. Martin Luther King Jr.’s “I Have a Dream” speech at the 1963 March on Washington.

In its zeal to embrace radical ideas about race and history, The Times’s attitude toward Farrakhan is more proof that the newspaper isn’t just following the Democratic politicians it applauds as they march farther left. By normalizing Farrakhan and re-writing history to portray him as a noble figure rather than a hatemonger, it is normalizing racism.
*Jonathan S. Tobin is a Senior Contributor at The Federalist, Editor in Chief of JNS.org and a contributing writer for National Review.