Media Dumbed Down and Politicized 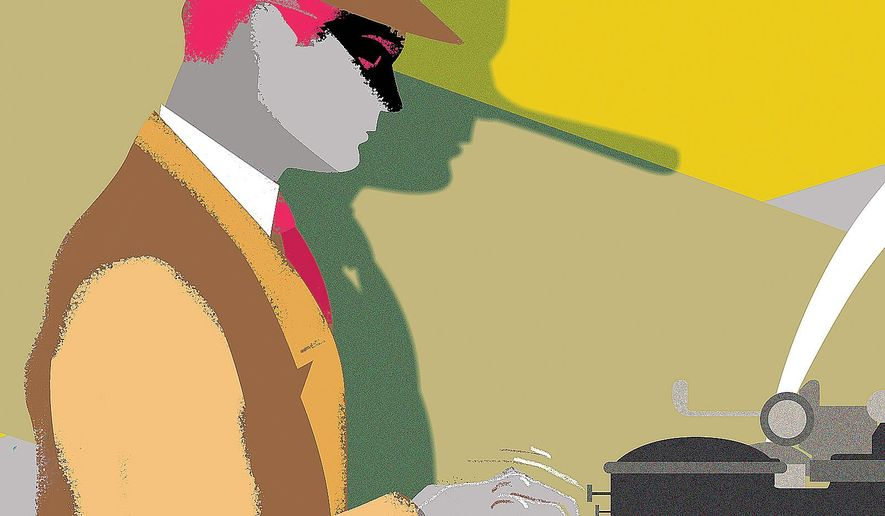 We all have our biases, but there is difference between serving as a “flack” (aka PR agent) for a political campaign, organization, or a cause and holding oneself out as an objective truth seeking “journalist.” It is not just a question of semantics, because journalists are given special privileges that PR people and others do not have.

Those admitted to restricted press conferences, or being part of the White House press corps, are supposed to be employed by legitimate news organizations, not PR firms. People who start and/or own newspapers have from the beginning used them to further political opinions — it is part of freedom of speech. Many of the American Founders had horrible and untrue things written about them, and sometimes even by their fellow Founders. Not pleasant, but people usually understood what the game was and who was behind it.

Over time, many news organizations became more professional and prided themselves not only on scoops, but on the accuracy of their reporting so that their readers or listeners could rely on what was presented as being true and balanced. The New York Times worked to cultivate an image of being the “newspaper of record,” and even though its editorial page leaned left in the common parlance, the news pages for the most part were objective.

The big broadcast networks (CBS, NBC, and ABC) also tried to build an image of being reliable and accurate. Unfortunately, in recent decades, the separation of news from opinion has broken down in much of the major media. There are notable exceptions, like The Wall Street Journal and The Washington Times, whose opinion pages are kept totally separate from news pages and clearly identified. There are also some broadcast media, like Fox News, that identify opinion shows like Tucker Carlson Tonight and Hannity from their more balanced news shows.

This change is not just political bias, but what appears to be an acceptance of both incompetence and ignorance among journalists. In many places in Europe, political parties have their own newspapers. In the U.S., most major media traditionally leaned towards the Democratic Party, but they were not seen as party organs. This is no longer true. CNN and MSNBC now largely act as Democratic Party organs rather than objective news purveyors.

This past week, there was a most disappointing example of overwhelming political bias tarnishing a great journalist and news program. Leslie Stahl of CBS’s “60 Minutes” did an interview with President Trump. The interview was so over the top as a political hit job that the White House posted the entire raw, unedited footage of the interview on the Internet. It was sad to see someone like Ms. Stahl, who had done great reporting over the decades, resort to hostility, unfairness and false statements in the interview. (Take a look at the raw footage if you think I am overstating.)

When Mr. Trump asked her why CBS had so little coverage of the Biden family pay-to-play scandal with the Chinese communists and others, her lame response was that it had not been verified — ignoring the fact that the laptop, emails, documents and credible first-hand witnesses have been verified by other media organizations and independent investigators. Yet, most of the mainstream media (including CBS) treated the Russian hoax as fact for more than two years, without verification.  Ms. Stahl also made the false assertion that the Trump campaign had not been spied upon in 2016, ignoring the legal wins of Carter Page and others.

Unlike medical doctors, there is no formal certification of who can call themselves journalists. Students can major in journalism in many universities, but that does not mean the graduates are journalists; and many great journalists have majored in a great variety of subjects other than journalism, and some of the best do not even have degrees.

Smart, curious people who are willing to learn almost any subject on their own, have a passion for finding the truth, and can write well usually make the best journalists. News organizations, like universities, have been dumbed-down and politicized, meaning that political correctness became more important than competence. Reputable publications used to rigorously fact check the stories submitted by their reporters — including double checking quotes with the source.

As cost pressures increased, particularly on print publications, fact checkers were dispensed with as an avoidable cost — and, as one would logically expect, so did accuracy. From the beginning, the broadcast media largely relied on the print media to “source the news,” which is why The New York Times gained such undue influence.

Given their tradition of pirating the news, broadcast media has always underinvested in original and particularly investigative reporting. Editorial writing is fast and cheap, while competent news gathering is often time-consuming and expensive.  Newsrooms are now filled with young, woke, know-nothings — because they are cheap.

Many know little of real history. They have little understanding of probability distributions, which makes it difficult for them to recognize what is normal and what is unusual. And many of them have never been taught to think beyond stage I (the consequences of any policy or action). Nor do they perceive the difference between wishful thinking and realism.

• Richard W. Rahn is chairman of the Institute for Global Economic Growth and Improbable Success Productions.

Posted by theodore miraldi at 1:23 PM