LEFT NEEDS To PUT-UP Or SHUT-UP! 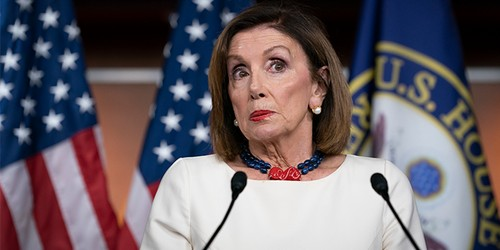 theodore miraldi.
Maybe it's time for the Left to Put-Up, or Shut-Up! Weened on confusion and double-speak, the Left has no moral compass any longer. Not knowing the difference between right/wrong or good/evil renders their Dogma indefensible. No norms, no logic, and a constituency bent on hate doesn't make for a good community.
Hating the nation doesn't make you correct with the mass majority of the population, only the hate groups, and outsiders.
Fashioning cogent policy requires those in Congress to listen and deliberate, not to demand or else! Maybe they have forgotten what being a Public Servant means...
Those who come here for a handout and hate those who pay for it aren't the types of people that have made this a great nation. Non-citizens should not direct Public Policy, nor spewing vitriol in America. Apparently, the Left has forgotten what Humility means or being thankful for the Freedoms others have fought and died for over the years. Feeling the soil of this nation under your feet for past generations has been enough for many to change their lives and lives of their children.

So, maybe it's time for the Left to Put-Up, or Shut-Up and come together with the rest of us so we can fix what's really wrong. What wrong is in each and every heart that hates another...when winning even a flawed argument means more than doing the right thing.
Self Damnation using past Arche Types proves the personal delinquencies many have turned into Placards and Posters.
Posted by theodore miraldi at 2:42 PM