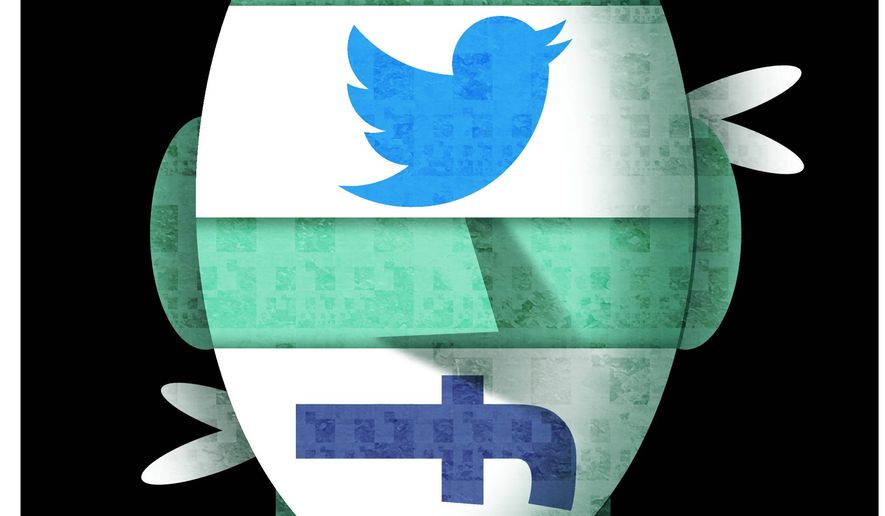 This past month, America’s “progressives” showed they will do anything to elect Joe Biden and Kamala Harris. This includes having social media, along with “legacy” media, spike articles by America’s fourth largest newspaper, The New York Post.

But that’s not all. These Marxists are even vowing revenge on Trump supporters if they get back the reins of power.

“When this nightmare is over, we need a Truth and Reconciliation Commission,” tweeted Robert Reich, former Labor Department secretary under Bill Clinton and adviser to Barack Obama. “It would erase Trump’s lies, comfort those who have been harmed by his hatefulness, and name every official, politician, executive, and media mogul whose greed and cowardice enabled this catastrophe.”

His call was echoed by MSNBC’s Chris Hayes, who said, “The most humane and reasonable way to deal with all these people, if we survive this, is some kind of truth and reconciliation commission.”

Translation: We’re going to have tribunals like those in totalitarian regimes (or in Canada, if it is an LGBTQ-related issue) that stage show trials. We’re going to use the IRS, the FBI and other federal agencies against anyone who dared support President Trump in one way or another. The First Amendment? You are such a child.

So far, the major media along with Big Tech have tried to block any reporting on the smoking gun emails reported in The New York Post about Hunter Biden’s Ukraine corruption and obscenely rich contracts with Communist China while his father served as vice president. Twitter and Facebook removed The Post’s articles and even suspended accounts of people who shared them.

ABC News ignored the story entirely. The other networks disregarded the contents of the emails while pushing Adam Schiff’s absurd accusation of “Russian disinformation,” a charge repeated by Joe Biden in Thursday’s presidential debate. You remember Mr. Schiff. He’s the bug-eyed chairman of the House Intelligence Committee who still peddles the Russian collusion hoax. Now, he’s at it again, with no evidence whatever.

The media censorship even extends to blocking satire. The left-wing “fact-check” site Snopes has combined with Twitter in the past to flag content on the Christian satire site Babylon Bee as fake news or even hate speech. The irony here is huge: “fact check” experts can’t or won’t distinguish between real news and satire.

When the Bee ran a hilarious photo of a duck next to Democratic Sen. Maize Hirono of Hawaii, who had grilled U.S. Supreme Court nominee Amy Coney Barrett about her sex life, this was the spoof headline: “Senator Hirono Demands ACB Be Weighed Against A Duck To See If She Is A Witch.” Facebook blocked it for “violating community standards” by “inciting violence.”

As Bee owner Seth Dillon explains, the spot was “a reference to the hilarious scene from Monty Python and the Holy Grail where Sir Bedevere, who is ‘so wise in the ways of science,’ weighs an accused witch against a duck to determine if she’s a witch.”

By contrast, Mr. Dillon adds in a tweet, “A Black Lives Matter leader said that if change doesn’t happen, they’ll ‘burn down this system.’ That’s allowed on Facebook. You can quote it. You can link to it. But a Monty Python joke about burning a witch at the stake? That’s incitement to violence.”

It’s no secret that Big Tech is all in for the Democrats. The Media Research Center (MRC) reports that Twitter and Facebook censored Mr. Trump’s social media accounts and those of his reelection campaign at least 65 times. Joe Biden‘s? Zero.

Twitter is the worst, accounting for 98% of the censorship. Which should be no surprise. Open Secrets, which tracks campaign donations, reports that Facebook and Twitter have given more than 90% of their federal-level political contributions to Democrats for the 2020 cycle, according to Newsbusters.org. The top recipient? Joe Biden.

Twitter CEO Jack Dorsey gave $10 million to Ibram X. Kendi, director of the Center for Antiracist Research at Boston University, Newsbusters reported. Mr. Kendi slammed Judge Amy Coney Barrett as a “white colonizer” because two of her children were adopted from Haiti. He called them “props in [the Barretts’] lifelong pictures of denial.”

The surge in censorship and shaming is spreading. Even restaurants and small businesses aren’t spared.

Yelp, the crowd-sourced, San Francisco-based ratings site, is attaching a warning label on a company’s page if someone has reported an instance of racism. Under a red circle with an exclamation point in it, the alert says “Business Accused of Racist Behavior.”

According to Yelp’s blog, “Between May 26 and September 30, we placed more than 450 alerts on business pages that were either accused of, or the target of, racist behavior related to the Black Lives Matter movement.”

The Relentless Revolution, coming soon to a cafe near you.

Posted by theodore miraldi at 10:25 AM