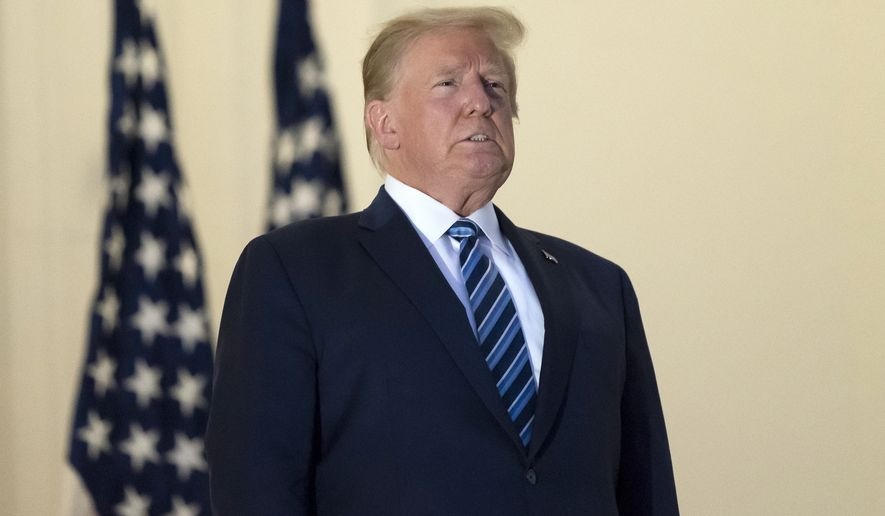 One good thing about any serious crisis is how clearly it reveals people’s true selves.

Watching the hate-filled vermin squeal and squirm in their toxic juices over President Trump’s COVID-19 diagnosis has been an astonishing thing to watch.

There were actually people out there publicly hoping that the president and first lady would die. Others, such as The Washington Post, rushed to bury the man while he was still alive. Imagine, The Post opined wistfully, “what it will be like never to think about Trump again.”

They actually wrote that.

And people wonder why our politics seem so utterly broken today.

Normally, such vermin and their hateful tantrums are not worth noting nor recording. But in this case, it is important to remember them. For long after this crisis has passed and Mr. Trump is back to tormenting his enemies, the sick rodents who infest our politics will still be the same sick rodents they were in that hot moment.

Also, they should pay a grievous political price for their treachery.

Yes, they despise Mr. Trump and wish him dead and gone. Yes, they are willing to torch the Constitution to stop him. Yes, they are perfectly fine undoing the 2016 election if it erases his presidency.

But it is not just Mr. Trump and his beautiful immigrant wife they despise. They despise all Americans. All people, really.

Anyone, that is, who stands between them and the unchecked government power they so blindly crave.

Take, for example, their current assault on the president. He was “stupid” and “reckless” for contracting the Wuhan Plague because he does not wear a mask everywhere he goes.

Is that so? Really?

So all the 7 million Americans out there who have contracted the China Virus, they are all stupid and reckless because they did not take proper precautions to protect themselves?

All those elderly people who died in New York Gov. Andrew Cuomo’s nursing home concentration camps were all stupid and reckless?

Isn’t that what we call “victim-shaming?” Or, as Sen. Elizabeth Warren famously called a Trump attack on her fellow senator, Kirstin Gillibrand, “slut-shaming?” (What on earth, by the way, goes on in the Democratic cloakroom that we don’t know about?)

The truth is, only the most demented, miserable, politically-obsessed people view things this way.

There are much better lessons to learn from this crisis. Certainly more constructive lessons than just another opportunity to unleash all the bile and venom that backs up in their pathetic private lives.

Mr. Trump is the single most socially-distanced man on the planet. More testing goes on inside the White House than anywhere else in the country — outside of a lab. And, yes, masks are worn as well, though they are surely not the religious talisman in the Trump administration that they have become in Joe Biden’s basement.

The lesson here is that all the testing, all the six feet, all the protocols cannot protect even the most protected human on the planet.

Mr. Trump, for instance, closed travel early on from China for non-American travelers. So instead the China Virus took the long way and went all the way around the world and came into the United States — from Europe.

These same masks that we were told by government doctors only give us a false sense of security are now the Holy Grail of good public health.

First, we live in an era of virtue signaling and the mask covering the face is the ultimate virtue accoutrement. I mean, not only can you wear one, but you can wear one that says, “Black Lives Matter.” This absolves the wearer from all known viruses and also keeps your store from being burned to the ground.

Second, and perhaps more important, the mask is king today simply because it is something that Mr. Biden can actually accomplish without screwing up.

Foreign policy? Economic policy? Race relations? Talking? The guy has been around for 50 years and there is not a single thing this guy hasn’t screwed up beyond hope.

And — best of all — you can barely understand a word he says while he has it on!

• Charles Hurt is opinion editor of The Washington Times.