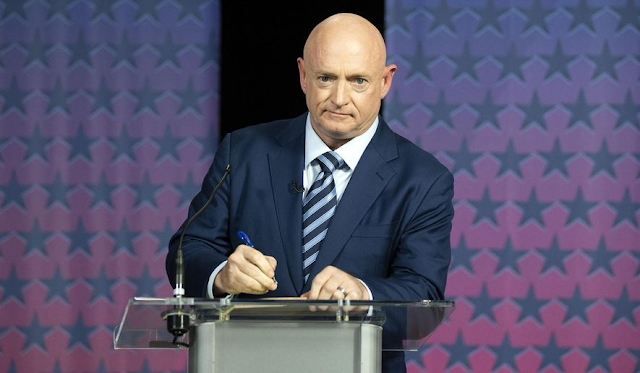 “I deeply regret my comment and apologize for what I wrote — I was wrong,” he later said in a statement provided to The Arizona Republic. “My comment does not reflect who I am or what I believe, and most importantly, it is not representative of what this campaign stands for. The language I used and the sentiment I conveyed do not belong in our political process, which is why I have deleted the tweet.”

A statement from Mr. Kelly’s communications director, Jacob Peters, said the Senate candidate is the son of two police officers and respects law enforcement, and that disciplinary action was taken as soon as the campaign was made aware of Mr. L’Heureux’s tweet.

“Our campaign values the public service, bravery and sacrifice of police officers across our nation,” Mr. Peters said, The Arizona Republic reported. “The tweet posted by a junior staff member is unacceptable and we are taking the appropriate action.”

Sen. Martha McSally, Mr. Kelly’s opponent, has repeatedly accused him of supporting the “defund the police” movement, which he denies.

“These comments are disgusting and were made just one week before Mark Kelly hired this person, meaning he knew about it and was OK with it,” McSally spokesperson Caroline Anderegg told The Arizona Republic. “It’s just further proof that Mark embraces extreme anti-law enforcement ideas and rhetoric. Anything he tries to say to the contrary is a bunch of hot air.”