Meet the BIDENS, the One Family Who Made a FORTUNE in the OBAMA Economy 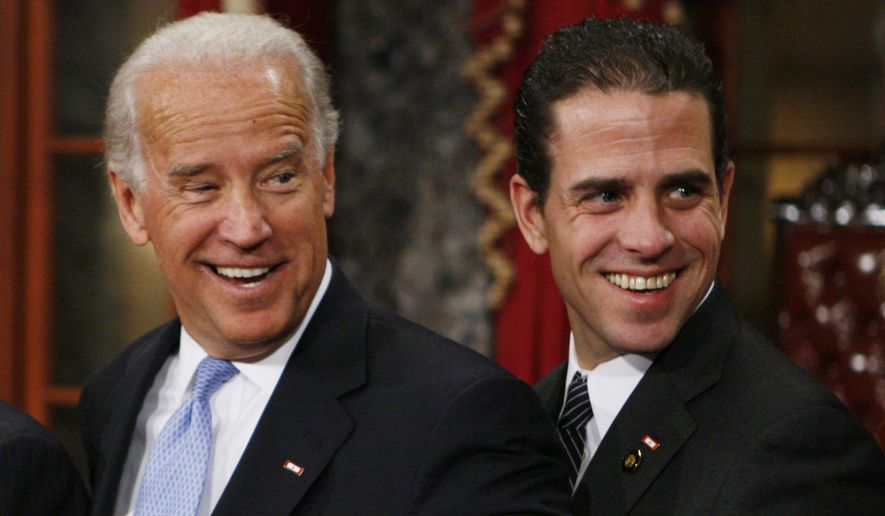 Welcome to the “mute button election.”

For more than 200 years now, our fellow countrymen have fought and died for the right to free speech. Now, the most precious and coddled press in the history of the planet fights for silence. Censorship.

In their self-absorbed, navel-gazing, illiterate dyslexia, the American political press gets the words all out of order. It’s not “free speech” they back, but “speech-free.”

This is what happens when truth and facts become entirely subservient to rage and posturing. Pick what you like and mute all the rest. The stuff of Cafeteria Journalists.

In his epic public rants on the campaign stage, Mr. Trump turns Shakespearean. In a two-hour play, he will be coarse, funny, tough, bawdy, mean, heroic, vindictive, sensitive and openly petty.

And then he dances.

All chicken wing and foot-shuffling. Literally, he dances like nobody’s watching. Except millions are watching. Sitting at home, some citizens stand up and ape the Bad Orange Man Turkey Jive.

If you like Mr. Trump or you happen to be indifferent, this is all very funny. It is also funny if you are bored with decades of dumb politics practiced by stupid, dishonest anti-American political hacks.

Which brings us back to the posturing political media all filled with so much rage.

These are the precious political media who for years have cultivated, encouraged and abetted the decades of anti-American political hackery out of Washington.

Which brings us back to the mute button.

After four years of peddling crazy conspiracies about Mr. Trump and Russia and Ukraine, Cafeteria Journalists have finally discovered rigorous standards for peddling tawdry information. Suddenly, they lose all curiosity. They’ve gone entirely blind over the stunning emails that paint a clear portrait of the entire Biden family — led by “the Big Guy” — selling access to the White House to some of America’s most ardent foreign enemies.

It is rather amazing to watch all these Cafeteria Journalists contort themselves into elaborate pretzels to avoid reporting — or even glancing at — the mounting evidence that Hunter Biden was running a massive pay-for-play scheme that funneled millions of dollars to his father Joseph R. Biden, the man who served eight years as Barack Obama’s vice president.

And if you think this is bad, just wait for the final presidential debate.

After all the censoring and sudden lack of curiosity, the Cafeteria Journalists inside the Commission on Unpresidential Debates have announced that instead of asking penetrating questions about Hunter Biden or his laptop or all the emails suggesting the family runs some kind of political crime syndicate, the Commission has announced it has invented a “mute button” to ensure that the debate doesn’t delve into anything uncomfortable or unpleasant for Mr. Biden.

Yes, a mute button — the mightiest censor weapon ever devised to thwart a free press.

Luckily for the free republic, Mr. Trump doesn’t do mute buttons any better than he does debate moderators.

He should practice mouthing the words clearly: “Mr. Biden, just how much money did you and your family rake in during the eight years of the Obama administration?”

Mr. Biden will never answer of course. But that just means Mr. Trump can spend the rest of the campaign asking voters of every persuasion: “How much money did you and your family make under Obama? Joe Biden refuses to say, which probably means he is one of the few people who actually made a fortune in the Obama economy.”

• Charles Hurt is opinion editor of The Washington Times. He can be reached at churt@washingtontimes.com or @charleshurt on Twitter.

Posted by theodore miraldi at 11:26 AM