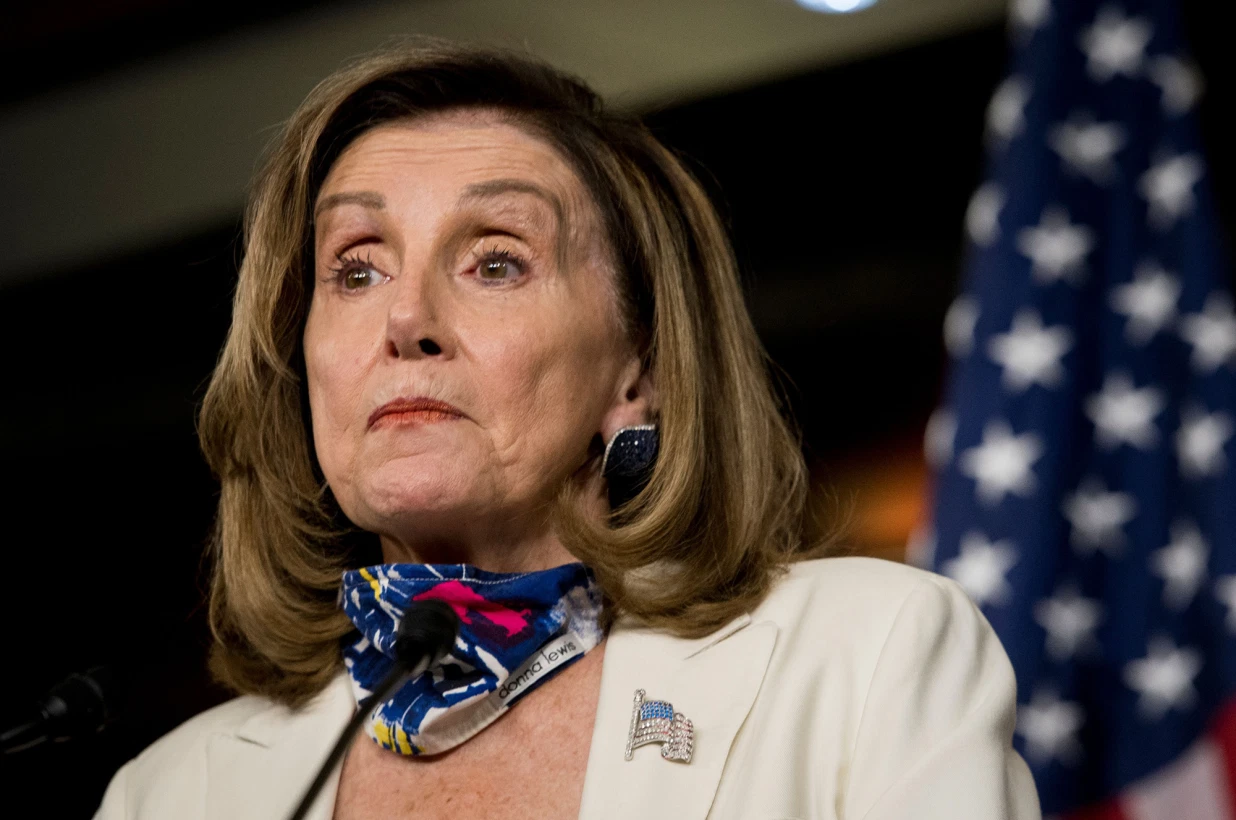 On Tuesday, President Trump postponed negotiations on a stimulus bill until after Election Day. The move is politically risky for the president and delays much-needed assistance to struggling Americans. But the ultimate blame belongs to Nancy Pelosi.

The House speaker has been badgering the GOP to pass her $2.2 trillion coronavirus relief bill to “crush the virus, so that we can reopen the economy and our schools safely.” Yet her bill would do almost nothing to achieve those goals.

Instead, though Pelosi never mentions it, her bill would rewrite election law for 2020, barring voter-ID requirements, forcing states to count absentee ballots that arrive as late as 10 days after Election Day and imposing same-day voter registration everywhere, though currently only 21 states allow it. These changes don’t belong in a stimulus bill.

There is almost no disagreement between Republicans and Democrats over sending every American adult a $1,200 check. But that’s a small part of the total bill. Pelosi’s version would fritter away hundreds of billions of dollars closing state and city budget gaps, with nothing long term to show for it. We won’t be any more prepared for the next pandemic.

Pelosi’s bill promises school districts $225 billion, but only $5 billion, or 2 percent, would go to making schools safer by improving air quality or installing sinks and other hygiene upgrades.

The rest is a teachers’-union protection plan. Astonishingly, school districts that economize and reduce per pupil spending or change labor contracts are automatically ineligible for stimulus funding.

The bill allocates $417 billion to state and local governments, with no strings. This is a lost opportunity to rescue cities that are turning into ghost towns because ­employees fear the virus and are working remotely.

When office buildings, convention centers, railroad terminals and other workplaces are empty, the businesses around them fail. Retailers, shoe shines, food trucks and restaurants have no customers. In Manhattan and St. Paul-Minneapolis, only about 10 percent of office workers are back on site, worse than anywhere else in the nation.

To solve that problem, a sizable portion of stimulus money should go to environmental improvements such as air-cleaning systems, antimicrobial coatings on desks, keyboards and subway poles and other antiviral technologies that improve workplace and transit safety. Grants can fund improvements in public facilities and tax incentives can encourage the private economy to do the same.

Instead, in Pelosi’s bill, the $600 billion-plus allocated to cities, states and school districts — a staggering amount equivalent to the nation’s entire defense budget — would be consumed plugging budget holes and be gone at the end of a year.

The bill allocates $120 billion in grants for restaurants. New York City needs this help, because half its restaurants are on the brink of closing in the next six months, taking 160,000 jobs with them. Unfortunately, the funding is saddled with unfair, and possibly unconstitutional, preferences for minority- and women-owned businesses. Right now, everyone needs help.

The House bill spends some money wisely — $200 million for a vaccine-awareness campaign, $20 million to upgrade the Centers for Disease Control and Prevention’s disease early alert system and $500 million for a nursing strike force to respond fast when a nursing home is hit with COVID-19. But these important items are getting millions of dollars, while the politically cynical provisions get billions. For example, $5 billion for community-development block grants that the bill labels “flexible resources.” In other words: walking-around money for local pols.

With our cities dying, employees afraid to return to their offices and millions out of work, stimulus money shouldn’t be thrown around recklessly. A big chunk of this money should go for permanent improvements to virus-proof our workplaces and schools. The Senate should demand these changes before passing the bill.

Finally, Pelosi needs to play it straight. Using the pandemic to slip in controversial voting changes for 2020 doesn’t pass the smell test.

Betsy McCaughey is a former lieutenant governor of New York.

Posted by theodore miraldi at 12:37 AM