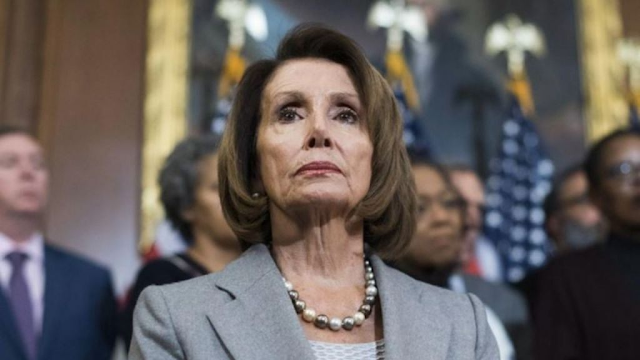 House Speaker Nancy Pelosi appeared to compare the actions of the Trump administration to elephant dung at the conclusion of a discussion that largely focused on the ongoing negotiations for a new coronavirus relief bill.

Speaking to ABC's "This Week," Pelosi spoke of her desire to reach a deal sooner rather than later.

"Because we want to have an agreement we can come to negotiation, and we can do it now but what’s the difference, a few days, except we can have it before the election, which we want it as soon as possible," Pelosi said. "And I certainly want it because I don’t want to have to be sweeping after this dumpings of this elephant as we go into a new presidency in a few short months."

Pelosi was unclear whether her use of "elephant" was a general reference to Republicans, or if she meant President Trump in particular. Fox News reached out to Pelosi's office for clarification of her statement, but they did not immediately respond.

Pelosi spent much of the interview talking about negotiations between Democrats and Republicans over the next pandemic response package, saying they have 48 hours to reach a deal in order to pass legislation before November's election. She claimed that when administration officials said Democrats agreed to language for a testing plan, this was not entirely accurate.

“On this subject where we have agreement, we don’t have agreement on the language yet, but I’m hopeful,” Pelosi said. She said that the administration changed terms like “requirements” to “recommendations,” and “plan” to “strategy," and "shall" to "may."

"When you say 'may' you're giving the president a slush fund," Pelosi claimed. " He may do this, he may grant, he may withhold." She indicated that the word "shall" tells them to follow the science.

Pelosi also said that Republicans “took out 55% of the language we had there for testing and tracing,” which she said was important because a lack of sufficient testing and tracing has contributed to minorities being more heavily impacted by COVID-19.

Pelosi called for a “national plan,” while Republicans said states should set their own strategy, with the ability for CDC to provide guidance.

“You cannot leave it up to the states to decide how they’re going to address the minority community,” she said.

Pelosi said she is ultimately optimistic about reaching a deal, but said whether or not it happens before the election is up to the Trump administration.

Posted by theodore miraldi at 4:23 PM