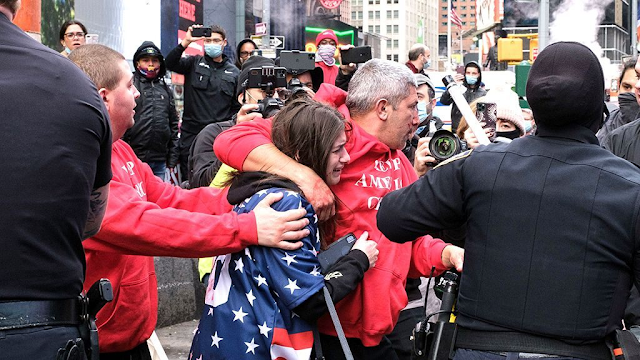 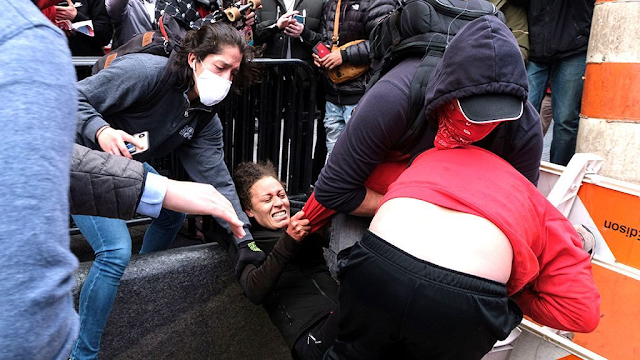 Bradford Betz
A “Jews For Trump” vehicle convoy was repeatedly attacked and heckled as it made its way through New York City Sunday to show its support of the president, video shows.

The convoy took place in several Orthodox Jewish communities ahead of a planned event in Brooklyn’s Marine Park organized by Boris Epshteyn, an advisor to the Trump campaign and co-chair of Jewish Voices for Trump, the Jewish Telegraph Agency reported Friday.

Multiple video clips of the convoy posted on @NYScanner show crowds not taking too kindly to rows of vehicles with hoisted Trump 2020 flags.

In one video, a man can be seen appearing to throw eggs at the convoy in Brooklyn.

In another video, pedestrians can be seen appearing to throw rocks at vehicles displaying a Trump flag.

The hostility evidently lingered throughout the day. In multiple clips, people can be heard yelling expletives at the “Jews For Trump” participants.

One man – on a bike, no less – appears so incensed that the “pro-Trump” vehicles have congested traffic on the Brooklyn that he resorts to punching a window.

In Manhattan, a woman was arrested for allegedly using pepper spray on the convoy, according to police.

Later, a scuffle broke out between the pro- and anti-Trump crowd in the middle of a street. Masked protesters could be seen in one clip converging on a vehicle doused in red paint as “YMCA” is blasting in the background.

“Go home! We don’t you here!” somebody in the crowd shouts.

“Go back to Long Island!” another person shouts.

In the clip, Giuliani can be seen rolling down the window from the passenger side of a vehicle. He briefly speaks to a police sergeant before the car drives away. Protester can be heard shouting expletives as the former mayor.

Several police officers can be seen struggling to separate the opposing sides before slapping handcuffs on a bicyclist.

A scuffle between the opposing continues, as people brawl between a traffic divider. In the confusion, a masked protester appears to strike a Trump supporter on the head. As the masked culprit tries to run away, another person trips him, causing him to fall and slam his head into the ground.

Police later declared the gathering an unlawful assembly and made multiple arrests, including counter-protesters and at least one Trump supporter. According to preliminary reports, a counter-protester was injured while being arrested.

Fox News has reached out to the New York Police Department with a request for comment. A Public Information Officer said the situation is ongoing and will release more details when they become available.

Posted by theodore miraldi at 7:56 PM