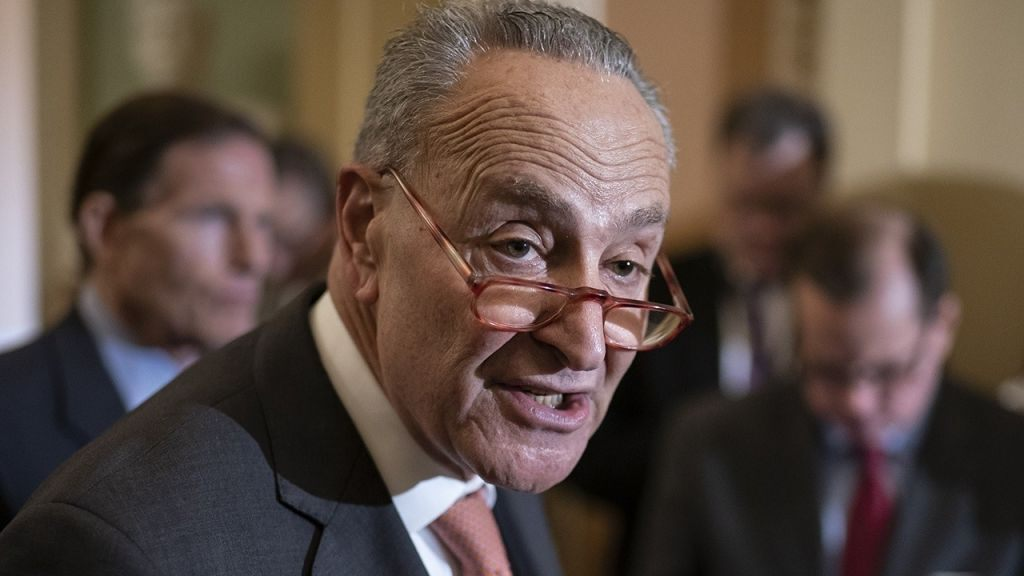 Schumer made the comments during a Sunday night press conference in which he also demanded Barrett recuse herself from any cases involving the Affordable Care Act (ACA) and the presidential election. Schumer called the Barrett confirmation process "illegitimate, dangerous and unpopular," Sunday as Democrats ramp up their rhetoric ahead of the Senate Judiciary Committee hearings on Barrett that start Monday.

"We will talk about when the actual vote occurs in committee and on the floor. Democrats will not supply the quorum," Schumer said. "Period."

A quorum is the minimum number of members present for a committee or the full Senate to conduct business and hold votes. The quorum in the full Senate is 51 members and the quorum of the Judiciary Committee is nine members including two in the minority party. This means that if one or fewer Democrats show up to the planned Oct. 22 meeting where the Judiciary Committee plans to vote on the Barrett confirmation then they could prevent the committee from reporting the nomination to the Senate.

There are ways around this. Most notably, the Senate can vote on a discharge resolution that would remove the responsibility of considering the Barrett nomination from the committee, allowing Senate Majority Leader Mitch McConnell, R-Ky., to call the nomination for a full vote. The committee itself could also change its rules to get rid of the requirement that two Democrats be present, James Wallner, a senior resident fellow for governance at the R Street Institute told Fox News.

There are 53 Republicans in the Senate, meaning that even if all Democrats boycott the final floor vote they will not be able to stop Republicans from having a quorum. But if any of the three Republican senators who are currently recovering from the coronavirus are still under quarantine at that time, of if there are new cases in the GOP caucus, that could complicate things logistically for Republicans.

Schumer's comments Sunday underscore the level of political urgency with which each side is treating the Barrett nomination. Both Republicans and Democrats have spun up massive political machines ahead of the start of the Barrett hearings Monday.

The procedural promise by Schumer could foreshadow an explosive start to proceedings on Monday. During the start of the hearings for Justice Brett Kavanaugh in 2018, then-Judiciary Committee Chairman Chuck Grassley, R-Iowa, got only 12 words in before he was interrupted by Sen. Kamala Harris, D-Calif., who is now the Democratic vice presidential candidate and still sits on the committee.