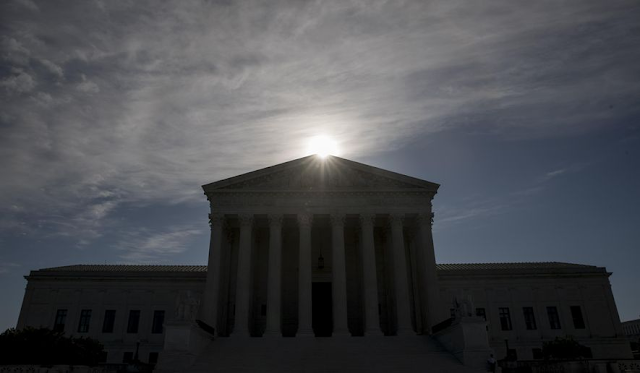 The Supreme Court said Friday it will speed a case to decide whether President Trump can exclude illegal immigrants from the census count he will submit to Congress to allocate seats in the U.S. House for the coming decade.

Mr. Trump asked the Census Bureau to produce two broad counts of the country’s population this year. The first is the usual count of all residents. For the second, he asked the bureau to try to subtract out illegal immigrants.

He wants to submit that second count to Congress for use in divvying up the 435 seats in the House. The difference between the counts could shift a couple of seats away from large states with significant illegal immigrant populations.

A number of challenges have been filed and lower courts have issued injunctions against Mr. Trump, saying Congress, not the president, has the power to decide what count to use for apportionment. The Justice Department argues that power was delegated by Congress to the president in federal law.

This will be the third major case involving Mr. Trump’s attempts to shape the 2020 census that the justices will rule on.

Last year the court rejected his attempt to shoehorn a question about citizenship onto the full census questionnaire. In a 5-4 ruling the court said he had the power to do so, but needed to offer better reasons. That ruling came too late for the president to provide those reasons in time to add the question for the 2020 count.

Then earlier this week the justices issued a ruling that cleared the path for the Census Bureau to end the 2020 count. A lower court judge had ordered that counting continue through the end of October, citing the coronavirus pandemic’s effects on the count earlier this spring.

Posted by theodore miraldi at 11:22 AM