The Associated Press Advises SURPRESSING The TRUTH About RIOTS 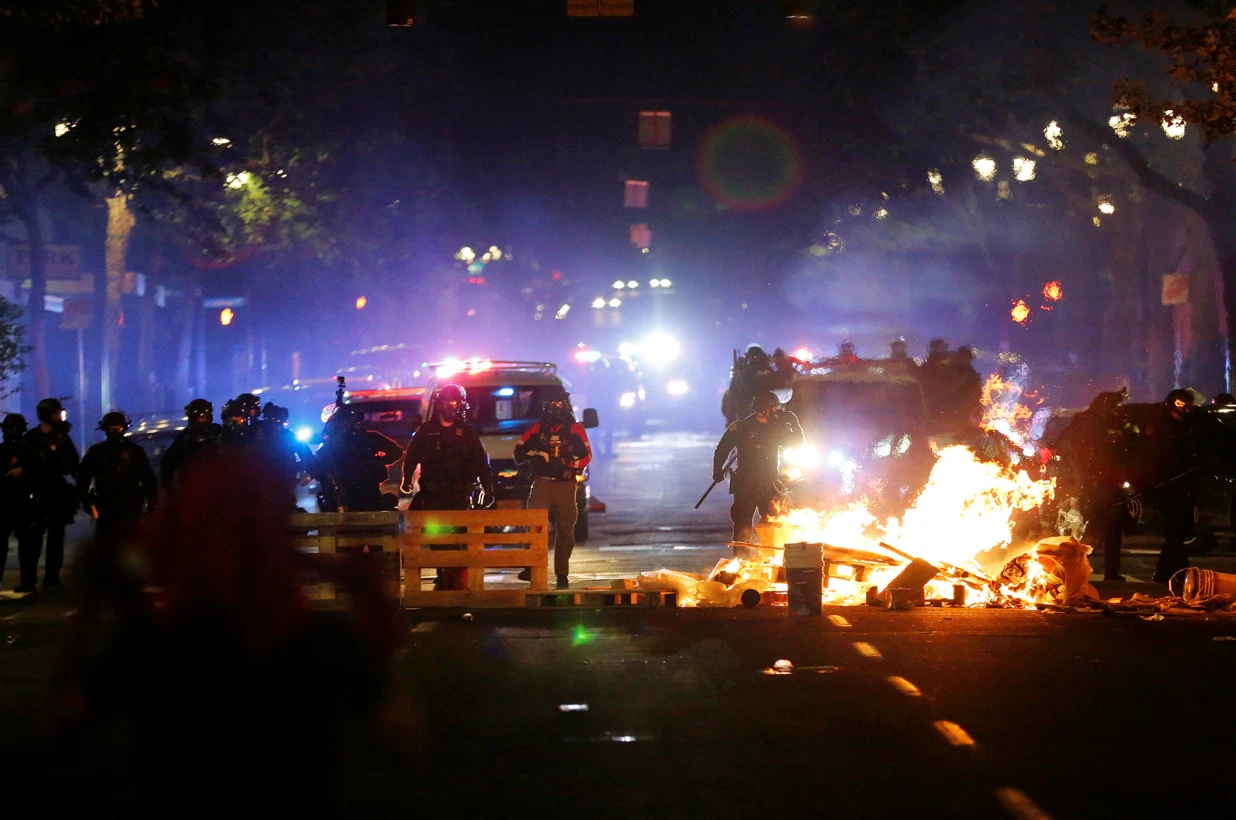 America’s most influential media stylebook is discouraging the nation’s newspapers from reporting on mass urban violence, on the grounds that writing about what’s happening is “stigmatizing.”

After a “D’oh” definition of “riot,” the guidance preached: “Focusing on rioting and property destruction rather than underlying grievance has been used in the past to stigmatize broad swaths of people protesting against lynching, police brutality or for racial justice, going back to the urban uprisings of the 1960s.”

And never mind that increasing evidence suggests most violence can be pinned not on real Black Lives Matter protesters (radical though their agenda may be), but on mostly white Antifa provocateurs.

Many Americans are outraged at what they know of the George Floyd and Breonna Taylor cases, among others. But far too many have used the chance to wreak destruction — in some cases, for months on end. Such opportunists aren’t “protesting” any “underlying grievance.”

AP suggests replacing “riots” with “milder” terms such as “unrest.” Give us a break.

Property destruction has a human toll. The Insurance Information Institute says the riots after Floyd’s death have done well over $1 billion in damage. The unprecedented national destruction may lead to insurers excluding coverage for riot damage in the future — not that plenty of innocent small businesses aren’t already finding their policies badly insufficient.

This destruction hits minorities hardest. People who’ve spent years toiling to build a business have had it all lost in a night.

In downtown Louisville, Ky., Fadi Faouri has slept in his store for 122 straight nights, trying to protect it from rioters and looters. “Stuff is being damaged on a nightly basis, people are shooting at each other every night,” he told The Post. “Every night we have a new store that got looted. They break in, they take whatever and go. They walk away.”

The AP should know better: The news biz is about recounting the world as it is, not as how journalists want it to be.

Posted by theodore miraldi at 10:01 AM