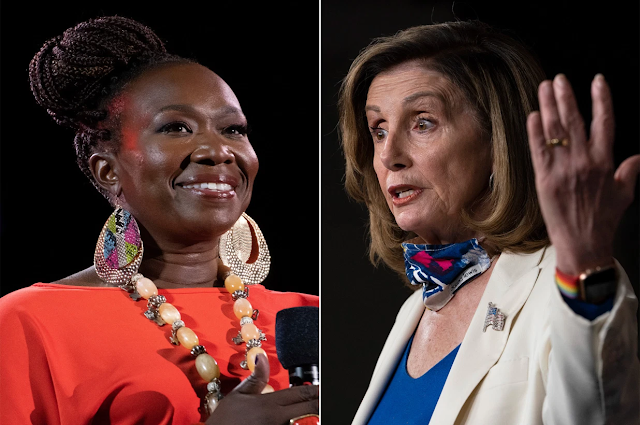 Perhaps they are channeling a line from an Oscar Wilde play: “I can resist everything except temptation.” But leftists should have resisted the urge to be nasty. Decency demanded it.

The president of the United States tests positive for the coronavirus, is soon moved to a hospital and given a cocktail of drugs to fortify his body for the fight ahead. Whereupon truly awful people erupt in joy, revealing themselves to be self-hating Americans.

Some take to Twitter to exhibit their soullessness, enough so that the site, which too often blocks routine conservative viewpoints, vows it will suspend users who wish for the president’s death. It is shameful that such a statement is even necessary.

Others try to veil their pleasure, yet their satisfaction is unmistakable in their self-righteous scolds of “We told you so” and “He had it coming.” House Speaker Nancy Pelosi displayed her heart of stone by saying the president had issued a “brazen invitation” to the deadly virus by meeting with people and holding rallies.

She impeached him over next to nothing, tried to have him removed from office and still calls him a Russian agent. Now she resents that he continued to do the routine things a president should and must do. If he had stayed hidden in the White House bunker for his own safety, then she would have had real reason to complain.

The depravity doesn’t end there. Consider this quiz: Which of the following two comments came from a Chinese government-affiliated newspaper and which came from The New York Times?

No. 1: “Now There’s No Spinning Away Pandemic’s Toll”

No. 2: “President Trump and the first lady have paid the price for his gamble to play down the COVID-19.”

The answer is that No. 1 is a Times headline and No. 2 is a tweet from the editor of the Global Times, but forgive yourself if you guessed wrong because, in fact, the sentiments are nearly identical.

There’s more. The editor of the Global Times went on to say that the president’s illness “may also negatively affect his re-election,” which echoes The New York Times’ first-day claim that the president’s positive test “could prove devastating to his political fortunes.”

By Friday, even before the president entered the hospital, the Gray Lady had advanced her argument into the fever zone by speculating — or was it a hope? — that Trump’s illness “could raise questions about whether he should remain on the ballot at all.”

Right, and the world could end tomorrow, but it probably won’t.

Still others revealed their brainlessness by suggesting Trump was faking his illness so he could skip the final two debates. Joy Reid of MSNBC reported many of her audience felt that way, but Reid’s publicizing their paranoia suggests she shares it.

Trump haters rejoicing in his testing positive for COVID-19

By contrast, her colleague Rachel Maddow, hardly a fan of Trump, set exactly the right tone by saying: “God bless the president and the first lady. If you pray, please pray for their speedy and complete recovery — and for everyone infected, everywhere. This virus is horrific and merciless — no one would wish its wrath on anyone. We must get its spread under control. Enough.”

Similarly, Democratic nominee Joe Biden, who had called Trump a liar, a clown and a racist at Tuesday’s debate, responded to the president’s illness with a gracious note wishing him and Melania well.

And so it goes in a year where the word “unprecedented” has become a cliche. Still, it is a fact that we are now sailing in uncharted water, as we wait for updates on the president’s health a month before Election Day.

Two final thoughts. First, a spirit of national unity is not only desirable, it is necessary. The world is full of malevolent actors always on the prowl for weakness, and expressions that reflect and harden polarization when a president is hobbled amount to an invitation to take advantage of us. Loose lips still do sink ships.

If you are anti-Trump, that’s what the ballot box is for. Shut up and vote, or at least shut up.

Second, the speculation about how Trump got infected reeks of amateurism, especially among those who claim to “follow the science.” Nobody knows exactly where and when it happened and the insinuation by Pelosi and others that the president caught it by acting recklessly is itself reckless.

While Trump certainly said and did things that were cavalier in the last seven months, he was also indefatigable in ordering and overseeing a vast mobilization of government and private resources to combat the once-in-a-century virus.

Trump 'continues to do well' but is 'not yet out of the woods': doctor

Nearly as important, he was determined that America not be held hostage to fear and ignorance. His push to reopen the economy, get people back to their jobs and his meetings with health workers and others were exactly the kinds of things a president must do to rally the nation during a crisis. He campaigned because the alternative was to let the media that hates him define him.

Remember, too, that the president was true to the oath of his office when he pushed and prodded mayors and governors to stop the urban riots and looting and demand that they secure the civil rights of law-abiding citizens.

In fact, while many on the left have held up Biden’s hermit-like behavior as a model of safety, it is impossible to govern that way. No president can remain isolated and appear to be frightened and still command the respect and trust of the public, law enforcement and the armed forces.

Biden’s behavior, where he stays out of sight about every other day, suggests he would also hide in the White House, at least until a vaccine is widely available. That doesn’t seem tenable in any situation, especially during a crisis.

To his everlasting credit, Trump never stopped being president out of fear of getting sick. While you are praying for his recovery, you might also thank God for giving him uncommon courage.

Sometimes you just have to admire Bill de Blasio’s eel-like slipperiness. Asked about the massive screwups on the mailing of absentee ballots, the mayor didn’t accept responsibility or even concede the possibility that the city is headed for endless disputes over the results.

Instead, he fueled a conspiracy theory that the vendor responsible for the mistakes did it intentionally as an act of sabotage to help Republicans. The situation is “awfully strange,” de Blasio told a radio caller, demanding an investigation.

Come to think of it, “awfully strange” sums up de Blasio’s tenure. Along with “disastrous,” “scandalous” and “worst mayor ever.”

Reader Desmond FitzGerald, no doubt with a chuckle, offers a suggestion to Supreme Court nominee Amy Coney Barrett. He writes: “When the socialist thugs try to pummel her on abortion, she should cut off the blather by smiling sweetly and saying, ‘I’m just like Mr. Biden on this subject. Although I personally oppose abortion, I have no intention of trying to impose my religious beliefs on others.’ ”

Posted by theodore miraldi at 10:18 AM