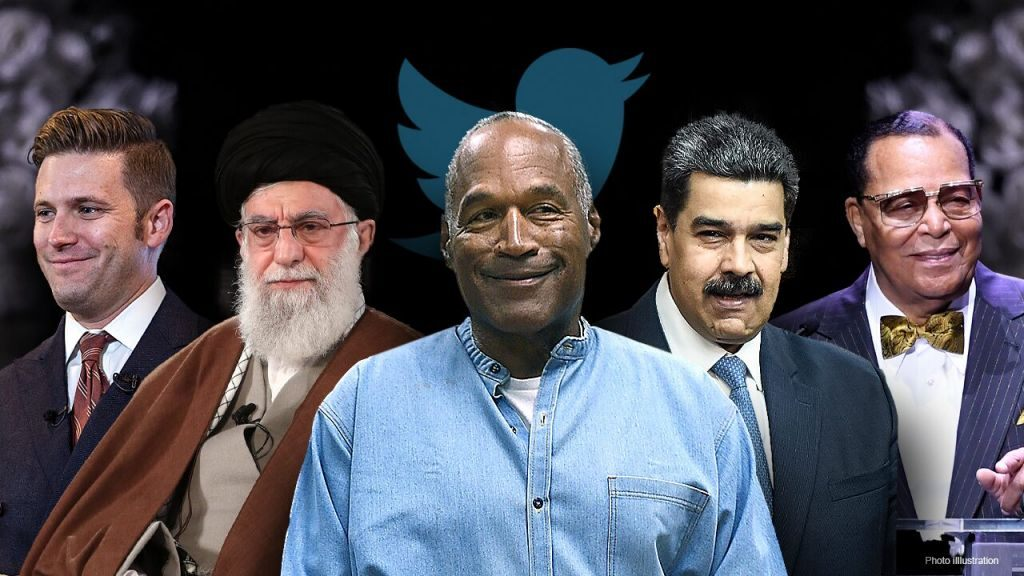 Alexander Hamilton must be rolling over in his grave.

The New York Post, one of America's oldest newspapers, founded by America's first monetary expert-turned pop culture icon, has been muzzled on Twitter for reporting a bombshell that could affect the presidential election.

Twitter has refused to unlock the New York Post's account since last Wednesday unless the outlet deletes multiple tweets about its reporting on 2020 Democratic nominee Joe Biden's son, Hunter Biden, the Post reported.

Both the San Francisco-based social media platform and Facebook came under fire this week after the two blocked users from sharing a Post article showing purported communication between 2020 Democratic nominee Joe Biden's son, Hunter Biden, and an adviser to a Ukrainian energy company.

WHO IS LOUIS FARRAKHAN? WHAT TO KNOW ABOUT THE CONTROVERSIAL NATION OF ISLAM LEADER

Farrakhan is the leader and most prominent figure of the Nation of Islam, a militant Black supremacist and nationalist group that formed in the 1930s. Since taking leadership in the late 1970s, Farrakhan has been accused of anti-Semitism and homophobia for his comments and sermons. He tweets on a regular basis:

The Anti-Defamation League has called infamous White nationalist Richard Spencer a "symbol of the new white supremacy." He has publicly called for the removal of African-Americans, Hispanics and Jewish people from the United States.

Spencer’s highly protested public speeches often include attendees making Nazi salutes and he was a scheduled speaker at the 2017 “Unite the Right” rally in Charlottesville, Va., that led to deadly violence. Yet, somehow he has managed to appear on CNN and also tweets regularly:

The liberal Rolling Stone magazine even published a story last year headlined, “So, Uh, Why Is Richard Spencer Still on Twitter?”

WHO IS AYATOLLAH KHAMENEI? WHAT TO KNOW ABOUT IRAN'S SUPREME LEADER

Political satirist Tim Young, who has built his brand on Twitter, blasted the social media giant for silencing the Post.

“It's reprehensible that the New York Post is still locked out of their Twitter for reporting the news when murderers, dictators and racists are still active. It's as if these other accounts push the narrative Twitter executives want and the Post doesn’t,” Young told Fox News. “Just remember, if you're going to be a known terrible person on Twitter, you'll be fine if you hate Trump or might make Trump look bad.”

Iran's supreme leader, Ayatollah Ali Khamenei, has emerged as one of the most powerful Iranian leaders of the last century and wields control over all aspects of the country's government, military and media.

During the 1979 revolution in Iran, Khamenei preached about overthrowing the shah and resisting the United States and the western world in an effort to reaffirm Islamic values in the Iranian government and avoid any influences that threaten to undermine his autocratic rule and the self-sufficiency of his country.

Khamenei has grown increasingly angered and disdainful at the U.S., which he recently described as “deceitful, untrustworthy and backstabbing.” Twitter doesn't seem to have any issue with him, though.

O.J. Simpson joined Twitter last year on the 25th anniversary of his wife's murder. Nicole Brown Simpson, and her friend, Ron Goldman were stabbed outside her Los Angeles home in 1994 and soon after Simpson became the prime suspect in the murder investigation which became an international phenomenon. In October 1995, he was found not guilty in one of the most controversial jury decisions in American history.

According to the findings, his government and security forces have engaged in an assortment of brutal torture tactics ranging from electric shocks, genital mutilation, and asphyxiation to kill and maim dissidents.

“It's pretty obvious that Twitter is trying to influence the election. And the press are more than OK with it. Some of the worst people in the world are active on Twitter,” Media Research Center vice president Dan Gainor told Fox News.

“But a U.S. news organization is blocked because Jack Dorsey supports Joe Biden. Imagine the media outcry if Twitter had blocked the phony New York Times 1619 Project,” Gainor added. “Every journalist in America would be demanding they back down. But since this story makes Biden look bad, the news media are thrilled that Twitter and Facebook shut it down.”

Twitter executive Vijaya Gadde recently sent a series of tweets about the company’s Hacked Materials Policy, which has been altered following backlash to the way the Post situation was handled.

But the Post remains blocked a full week after the initial Hunter Biden story was posted.

A Twitter insider told Fox News the company does not retroactively change enforcement decisions, so the Post’s account will remain locked until it deletes the tweets that were considered violations.

Posted by theodore miraldi at 2:21 PM