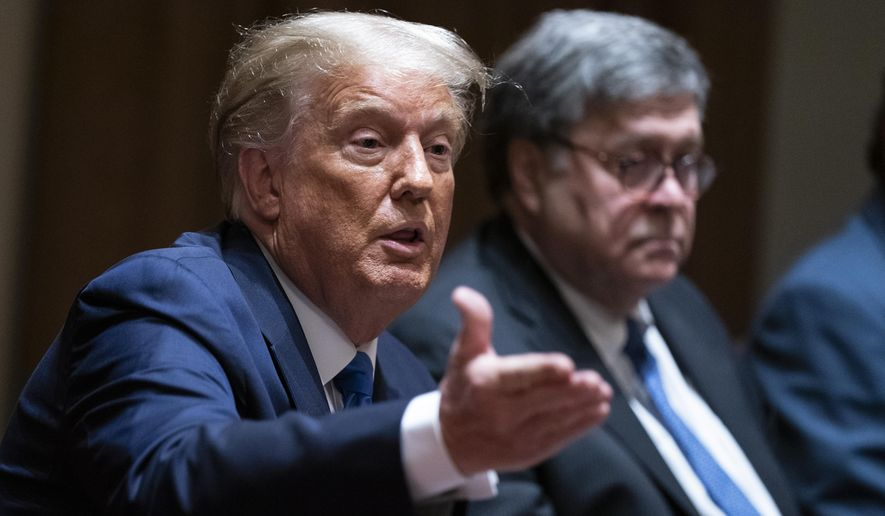 “We’ve got to get the attorney general to act, he’s got to act fast,” Mr. Trump said on “Fox & Friends. “He’s got to appoint somebody. This is major corruption, and this has to be known about before the election.”

House Republicans on Monday urged Mr. Barr to appoint a special counsel to probe the allegations surrounding the laptop.

The lawmakers want Mr. Barr to probe claims that the Democratic nominee played a role in his son’s alleged lucrative business dealings in Ukraine and China.

They say the American people deserve to know whether the former vice president “received foreign monies during his tenure in the Obama administration” and if he “allowed his son to peddle access” to him with foreign business entities.

“If these reports about former Vice President Joe Biden and his son, Hunter, are true, the former vice president fell far short of his responsibility to uphold his constitutional oath and betrayed the sacred trust of the American people,” the lawmakers wrote.

Posted by theodore miraldi at 9:44 AM