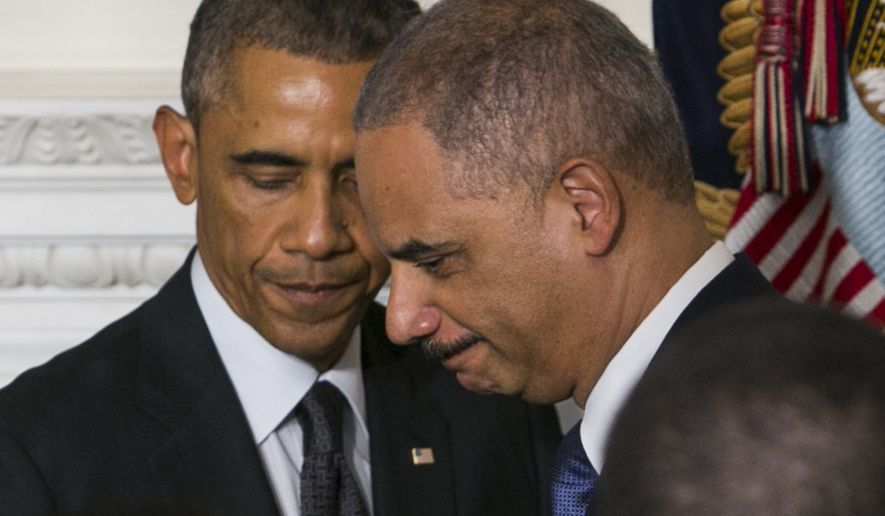 It’s not just Republicans who are feeling the wrath of Twitter’s censors over voting procedures in the 2020 election.

Former Obama administration Attorney General Eric H. Holder Jr. had his tweet Tuesday urging people to vote in person slapped with a warning label by the tech giant, which said it was “disputed and might be misleading.”

Mr. Holder said it was “too late to use the mails” to vote now, and urged people to either show up in person or drop off ballots themselves, rather than rely on the post office.

“Given Supreme Court rulings I urge everyone to now vote in person; early vote or use drop boxes. Protect your health but don’t let the Court and the deliberately crippled Postal Service deprive you of your most precious civil right. Plan your vote,” Mr. Holder said.

His political jab at the Supreme Court was particularly striking for a former attorney general.

And his read on the situation is iffy.

While some states require ballots to arrive before the end of Nov. 3, other states are allowing mailed ballots to be counted even if they arrive after Election Day. In fact, a ruling by the U.S. Supreme Court last week approved that exact policy in Pennsylvania.

Twitter’s role as gatekeeper on election information has drawn scrutiny — and severe criticism — from some observers.

It labeled the dust-up “BlueOnBlue,” presumably a reference to the perceived liberal leanings of Twitter even as it goes after a high-profile liberal in Mr. Holder.

PILF has been a prominent advocate of in-person voting, arguing that mail ballots are more subject to fraud or mistakes, and can cost voters their say.

“This is the Pottery Barn rule all around,” PILF said on Twitter, complaining about the tech company’s handling of election-related messages.

The Washington Times has reached out to a spokesperson for Mr. Holder at the NDRC.

Posted by theodore miraldi at 1:19 PM