Why Communism is COMPELLED to Destroy Christianity

As a false god, it begins with lies... 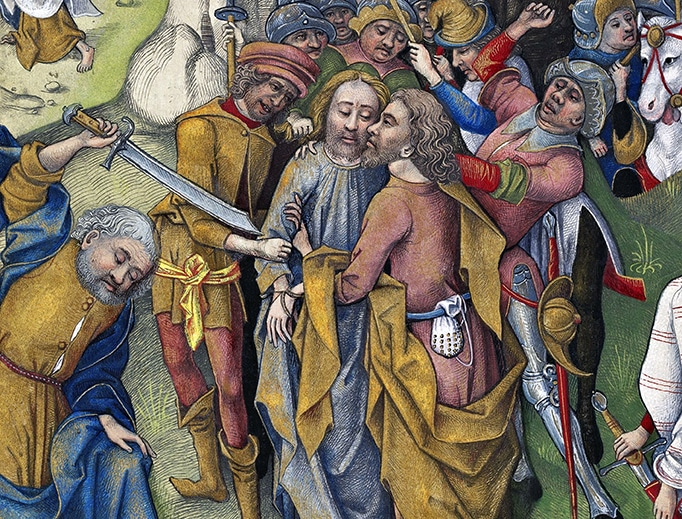 Judith Acosta
Most people today see the division in our country as a political one. But, in my mind, that particular divide is a puny pixel in a vast screen. For it is not a mere ideological clash between parties, but a mythic battle between Spiritual Titans.

Because it is not so much a difference of policy as it is an existential face-off.

Because what America was built on, the bones of our civilization—God, grace, charity, liberty, individualism and self-governance, opportunity over guarantee, free will—are the counterpoints to everything communist.

Because in order for the left to win the heart of America, it must defeat Christianity and Judaism. Completely.

How are they doing this? By lying. By cultivating vines with no fruit. By promising what they can never deliver. By offering wet sand to the thirsty. And by counting on our sloth in the face of outright deception.

There are many lies, as many of you know better than I, but these are the Titanic Deceptions as far as Judeo-Christian civilization is concerned.

Man can and must attain salvation by himself. This is the essence of the communist platform, which preaches that humans are alone in the universe and it’s up to us to do whatever needs to be done. Thus, the party leaders promise empowerment but deliver us to be disemboweled by the impossibility of the task. The self-esteem that communism mandates is a fragile illusion when you have no God, no eternal purpose, when all you are is a random, accidental sack of cells and bones. In Judaism and Christianity, we were never created to be alone. We are all partners with a God Who loves us, sustains us and empowers us. This partnership must be erased if the state’s dependency programs are to proceed.

A subset of Deception #1 is the obviously ridiculous belief that humanity is perfectible by itself; we just need the right systems in place. In Christianity and Judaism, human nature is bifurcated and flawed. We are all born equally fallen with chips in our souls. All we have to do is look at human history to see how truly ridiculous this deception is. We can make things better, yes, but perfect? I have seen no evidence of this anywhere.

In communism, death, disease, and poverty would be completely avoidable if the state just provided the proper programs, mandated vaccination, utilized the government for food distribution, provided abortion on demand, etc…

This deception is profoundly destabilizing, because there are very few of us who are not frightened by disease or easily provoked to insecurity, social or fiscal. What would you give up for “safety from discomfort/illness?” Whatever you would give up—your liberty, your ability to see your friends’ faces, your privacy—in exchange for this false security, it will be a contract with the devil and you will lose because death is coming for you even after you sign the dotted line. The communist agenda has no drive train without your fear. If you believe that there is a Divine Plan and there is nothing to be afraid of, they have no power. They cannot allow that.

The state can make you safe. Christians and Orthodox Jews generally consider this ridiculous. As Fr. Russell Radoicich from Holy Trinity Serbian Orthodox Church in Butte, MT, stated so clearly, “The Church has nothing to do with safety. It prepares us for eternity, for our real lives.” Communist or secular culture has cultivated a fantasy of immortality with product after product after product designed to keep us young and sexually vital. If we only eat right, exercise right, and live right the fantasy can be ours. This is the junction of Marxism and Madison Avenue, creators of the supreme illusion and it makes the purveyors of the fantasy very rich indeed.

On the heels of #4 is the denial of suffering. In secular culture you suffer because you’ve done something wrong. In Judeo-Christian culture you suffer because you live in a fallen world. Period. The flesh eventually fails…for everyone. In recent years the denial of suffering has been taken further into euthanasia. If you’re not a healthy proletarian, you’re a dead proletarian. In the Judeo-Christian world a person who ministers to the “least of these” is one of the most glorified. Suffering is inevitable for all of us. Compassion is not. It is a choice.

Humans are disease vectors. This deception is proliferating at an alarming rate. We are gloved, visored, hyper-vigilant biological blobs of known and unknown deadly substances. Instead of seeing the Judeo-Christian image of the human being—a spiritual masterpiece temporarily clothed in a frail, fleshly form, a precious individual created by a personal, loving God—in the communist worldview human beings are blights on an otherwise perfectible planet. How does a person cultivate any state-mandated “self-esteem” when he sees himself as an infectious, merciless murderer of all that is naturally good, a killer of baby seals and an unredeemable rapist of wilderness?

The state has your back. Besides being a lie, it fosters the notion that Charity is no longer an individual responsibility. In communism, the state takes over and gives the individual the illusion that there is no longer anything he needs to do.

A society can and ought to be quite charitable because it is composed of individuals who follow a moral and religious mandate to give to those in need. It is no accident that hospitals were developed by the churches. However, because communism paves over the individual and eliminates religion or relationship with God, the individual no longer has an obligation to give. Supposedly, the state is charged with that duty. Unfortunately, Charity and communism are not the same things, and they do not converge in the act of “sharing” anything at all. Socialism/communism is defined as government appropriation or takeover. And that bureaucratic megalith is not sharing anything with the hungry masses, as Venezuela, the CCP, and the USSR all demonstrate.

There’s always someone to blame and it’s never you. In the leftist paradigm, there is always a scapegoat and always someone pointing the finger. It could be racism, sexism, religionism, genderism, etc-ism, but it’s never human nature or sin or personal responsibility. Suffering is not a matter of sin. It is emblematic of social oppression. The cure is always revolt, violence and replacement. So far, in the western world, it’s been a mask, or a vaccine, or an abortion, where there’s always a new cause and we go from hope to inevitable disappointment because it’s always only a temporal answer.

In a culture that insists on human-generated utopia, when something fails, someone has to be blamed. However, Christians and Jews don’t believe that death is reserved for those who don’t play by the rules or who don’t exercise or who don’t wear masks. It is a product of a fallen universe and we are not the ones to fix it. In the meantime, we are expected to be compassionate, generous, and helpful, doing what we can to alleviate suffering, not pointing our fingers in a futile attempt to hang someone in effigy.

The end result: Communism can never coexist with Judeo-Christianity and a believing Christian can never be a communist. This is not kindergarten and the stakes are too high to pretend that we can come to some kind of U.N.-sponsored “detente,” just be nice and split our worship or devalue the fundamentals of the Church or this Republic. We kneel to One, and that is not up for debate.

*Judith Acosta, LISW, CCH, is the author of The Worst is Over and The Next Osama.