5 Reasons Conservatives Should Have HOPE For The Future

We might be in an Obi-Wan Kenobi moment, wherein striking Trump down will make his movement more powerful than anyone can possibly imagine. 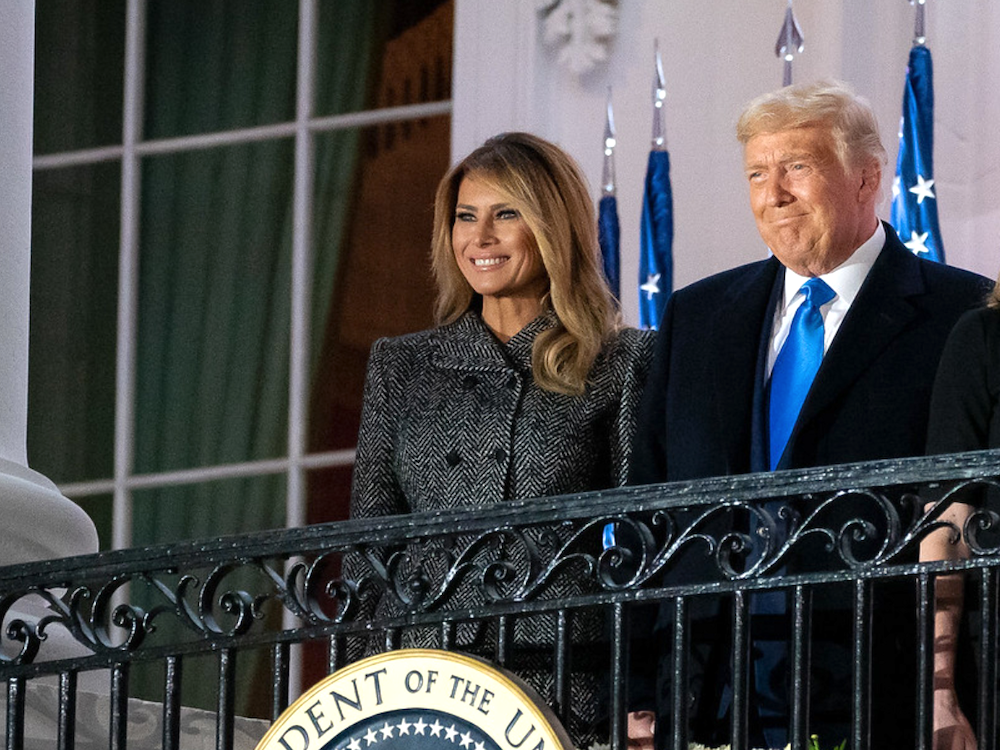 
If Joe Biden walks away with a presidential victory, conservatives will have many reasons to despair. This would portend some terrifying realities about propaganda and the manipulation of public opinion, the acceptance of potential fraud, and the willingness to accept the curtailment of basic liberties.

But it need not. In fact, conservatives have reason to be quite hopeful. We might be in an Obi-Wan Kenobi moment, wherein striking Trump down will make his movement more powerful than anyone can possibly imagine. Beyond the typical takes on the election that give conservatives hope — we appear to have kept the Senate, and socialism and critical race theory lost — we have five long-term reasons to be hopeful.

At some level, the left has to be jealous. For any chance of defeating Donald Trump, look what they had to settle for: a dementia-addled, 78-year-old fossil who’s spent 47 years in the Senate as a pandering politician straight out of Central Casting. But the Democrat establishment pushed him because he polled best against Trump and, as Democrats are so quick to remind us, “science and data.”

Ah, I remember those days. I remember hearing the smart set tell us how a Herman Cain would be an abject failure as a candidate or president, so we’d better go with a traditional politician, such as John McCain, Mitt Romney, and Jeb Bush.

Then came Trump, dismantling the entire paradigm. One of the most beloved politicians in our history, he showed us how a successful American with a love for his country can do great things, things politicians have been promising for years, such as lowering unemployment for minorities, increasing wages for the working class, sticking it to communist China, creating peace in the Middle East, giving us energy independence, restructuring bad trade deals, withdrawing from foreign entanglements, and revolutionizing the federal judiciary.

Meanwhile, the Democrats get to watch a doddering hack grapple with the wily Sen. Mitch McConnell for four years, while trying to pick up the pieces of an economy they tanked to get Biden elected president and nothing else. Or maybe they’re looking forward to a President Kamala Harris doing her “Excuse me! Excuse me!” routine like that vice principal you mocked in high school.

You almost have to laugh. While they’re locked into “establishment mode” for four years, pantomiming gravitas with their whole “adults in the room” schtick to impress the seven remaining people watching CNN, the right will be having a blast retaking the House, nurturing a new generation of Trump-like candidates, and choosing another unconventional leader for president in 2024 that we actually like and don’t have to hold our noses to select. We’re done with the establishment, and it feels so liberating.

Let’s get into that new generation of conservatives. Trump brought in a significant swath of working-class voters. The Blexit movement continues, with obvious results in the increased turnout of black voters for Trump. With Trump’s Hispanic gains, can we say the whole “demography is destiny” theory officially ran out of juice at, of all places, the Rio Grande and southern Florida?

The last these demographic groups tasted of genuine Trumpism — prior to the Wuhan virus — they were doing outstanding. Now they got Biden to build his case that destroying the energy sector and subsidizing green energy will really get things going again.

Who better than an old, pandering white guy to convince young minority Americans that maybe it’s time for a second exodus from the Democrat plantation? And who will be on the sidelines with a megaphone the whole time saying, “I told you so. Remember what you had under me?”

That of course leads to our third reason for long-term hope: Trump isn’t going anywhere. This is a man who did five to six rallies a day, speaking an hour and a half at each one, for two weeks after recuperating from COVID-19. He’s also a man who hates losing, and his family is completely invested in the movement he started.

Who knows how this will translate. There’s talk of him beginning a right-leaning media outfit to compete with Fox News. Will he continue doing rallies to inspire support for a transformed Republican Party? Will he do a Grover Cleveland number and run for president again?

Whatever it is he chooses to do, he remains the same person uniquely suited to the task at hand, of disrupting the status quo in Washington. He clearly has the support of half the country. Many love him like they’ve never loved any other politician because of how he spoke up for them. That doesn’t end.

4. The Left Not in Charge When We Survive Meltdown

The left displayed a real logic problem this year. I became alert to this problem when I heard Biden and others blame Trump for the COVID-19 deaths. Huh? Do people really fall this easily for the “post hoc ergo propter hoc” fallacy, the logic that “X is president during Y, therefore X caused Y”?

Of course they do. That defines the leftist mind, the hive mind, the belief that agency doesn’t reside in the individual but in collective systems. This is how they think. Consequently, they must run those systems. They must have power.

Their attraction to the swamp comes with an underlying presumption of incredible self-importance. They manage the economy. They keep peace in the world. They take care of us all, good people that they are.

So what do you suppose it means when precisely nothing happens 10 years from now, about the time the world is predicted to implode from climate change? If the left is in charge of things, you know exactly what that will mean: “Thanks to President Ocasio-Cortez’s extreme measures, we’ve saved the world from catastrophe.” We’ll get a preview of this propaganda when a President Biden announces the end of the pandemic due to his wise governance.

This is why they not only needed to win this year but win big, big enough to enact the Green New Deal. That, in turn, could only be sustained with court-packing and a few new states to ensure a friendly Senate for the foreseeable future. With each radical measure, they would use the COVID-19 response as a template. “We came together before to defeat coronavirus; let’s do the same to defeat climate change!”

Alas, this is not going to happen thanks to the GOP’s other 2020 election victories. Without new states and new senators, the midterms will remain seasons of GOP success. It’s difficult to imagine the next presidential election generating excitement for a second Harris or Biden term, at least enough to create coattails for a Democrat takeover of the Senate and House.

2030 will come with glorious weather, and the left will have had nothing to do with it. After a string of exposed lies — Russia, COVID-19 “science,” systemic racism, polls, climate change — how soon before the nation becomes wise to the fact that leftism is synonymous with lying?

The answer to that last question gets to the American DNA. Americans distrust power. The left does well appealing to that distrust, promoting a false narrative blaming the “powers that be” whenever they’re out of power. They milk that “post hoc ergo propter hoc” fallacy for everything it’s worth. It comes more naturally to them than it does to the right.

How often, these past four years, did the leftist mind resort to “Orange Man Bad!” and a primal scream into the cosmos every time their car didn’t start, or they encountered a long line at McDonald’s, or they just felt blue? It’s their psychic makeup.

No more. The left is running their asylum now. They’re great at manufacturing fear about the bogeymen behind “the system,” but in actual governance, they do nothing but lose. Of course, the leftist answer to that conundrum is, “If we all just work together, nothing is impossible.” So they can continue to blame the Senate, disinformation, gridlock, those on “the wrong side of history,” and Trump.

The whole point of leftism is that it can’t succeed without total investment by everyone in its program. That’s why it’s “all hands on deck” from Big Tech, Big Media, Big Business, Hollywood, Wall Street, human resources departments, and the Washington swamp. That’s why cancel culture is integral to their success. Dissent, alternative information, and a muscular minority topples the whole house of cards.

We’re America. We left the tyrannies of the world to come here. We left our cultures and even families. We’re all just a few generations away from incredible risk-takers, fighters, and survivors. Rugged individualism is in our blood.

Add to that the brilliant system set up by the forefathers with its many checks and balances. The newly conservative federal courts, red state governments, and that troublesome right to free speech aren’t going anywhere for now. Meanwhile, the free market is begging for new social media platforms and a FBexit or Twexit movement.

The left tells Americans, “We’re all in this together,” but it won’t be too long before, well, 70 million people say, “Speak for yourself. We’ll speak for ourselves, thank you.” That 70 million isn’t going anywhere. It’s only growing.
Source>https://thefederalist.com/2020/11/09/5-reasons-conservatives-should-have-hope-for-the-future/
Posted by theodore miraldi at 8:39 AM