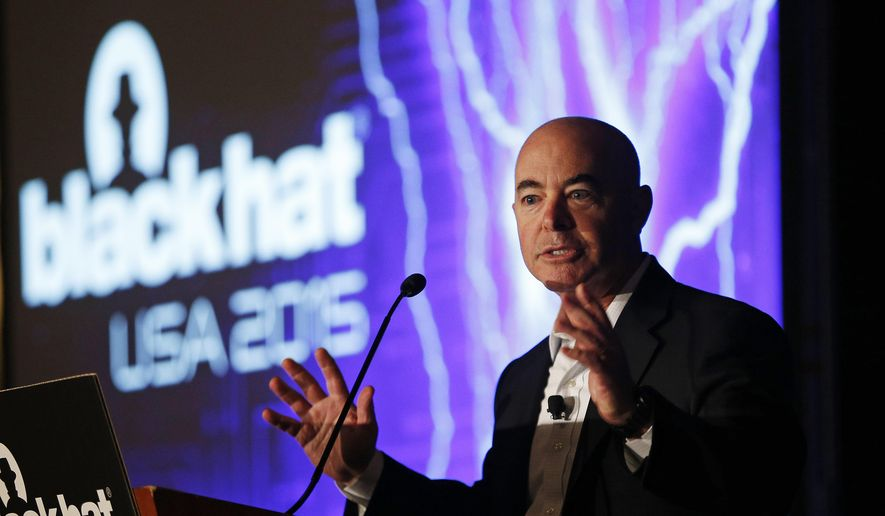 Presumptive President-elect Joseph R. Biden said Monday he will nominate Alejandro Mayorkas, the man who oversaw the creation of DACA during the Obama years, to be his Homeland Security secretary.

Mr. Mayorkas has extensive experience in the department, having served as head of the citizenship agency and then as deputy for the whole department, underneath then-Secretary Jeh Johnson.

While head of U.S. Citizenship and Immigration Services he oversaw the 2012 creation of DACA, the Obama-era program that has protected hundreds for illegal immigrant “Dreamers” from deportation and given them a chance to hold a job.

Mr. Mayorkas was confirmed to the deputy’s post in 2013 on a tight 54-41 vote, and likely would have been blocked had Democrats not triggered the nuclear option a month earlier to defang the filibuster when it came to presidential nominees.

Republicans opposed Mr. Mayorkas because of an ongoing investigation into his oversight of a key visa program for wealthy investors during his time at U.S. Citizenship and Immigration Services, and the matter — now concluded — is certain to come up in his confirmation hearings.

He was accused of stepping in to aid several high-powered Democrats, including then-Senate Majority Leader Harry Reid and Virginia Gov. Terry McAuliffe, who had sought his help in clearing visas for some of their associates.

The Homeland Security inspector general would eventually ding Mr. Mayorkas for intervening in those cases “outside of the normal adjudicatory process” and “in ways that benefited the stakeholders.”

“Mr. Mayorkas’ conduct led many USCIS employees to reasonably believe that specific individuals or groups were being given special access or consideration in the EB-5 program,” the inspector general said in a 2015 report, that said “an extraordinary number” of employees had flagged the behavior.

Mr. Mayorkas vehemently rebutted the charges, saying he got involved in the three cases because the system was breaking down, not because he was trying to aid important Democrats.

Mr. Johnson, the department secretary and Mr. Mayorkas’s boss, said his deputy broke trust with USCIS employees, but rejected calls to discipline Mr. Mayorkas at the time, saying he was too valuable to suspend.

Posted by theodore miraldi at 1:15 PM