By Their Own CRITERIA, Democrats Are The Ones UNDERMINING American Democracy

The Democratic Party’s policies and tactics since Trump’s 2016 nomination are, almost to a letter, right out of leftist Harvard professors' litmus test for detecting assaults on democracy. 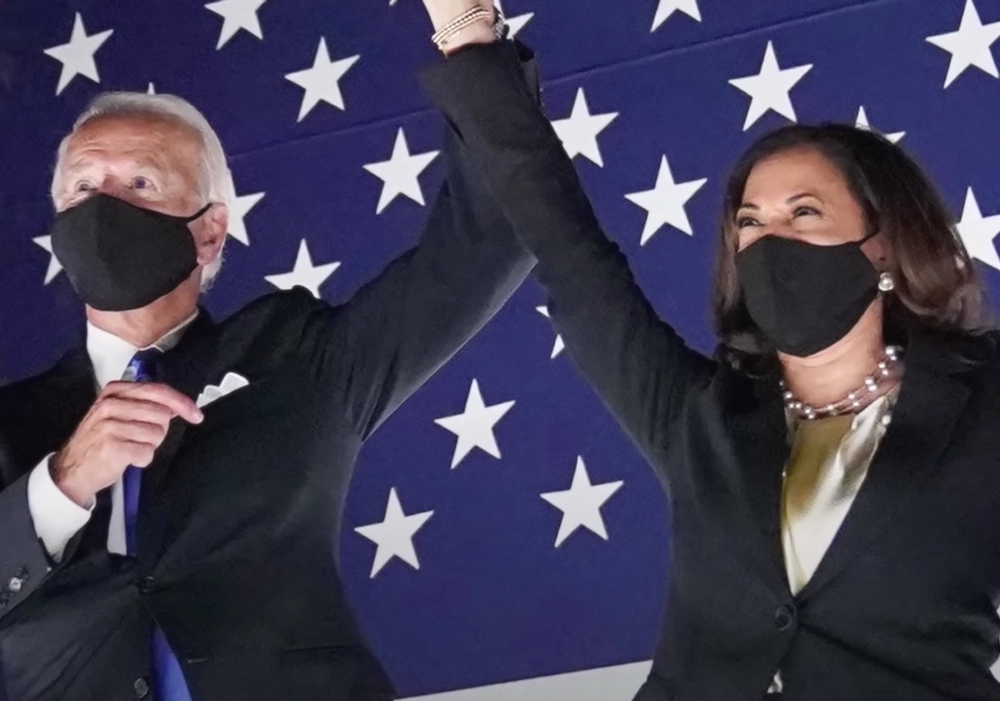 Steven Levitsky and Daniel Ziblatt, professors of government at Harvard University, issued an ominous warning for the United States in 2018 in their book “How Democracies Die.” Today, democracies are more likely to perish due to the insidious erosion of fundamental democratic institutions at the hands of elected leaders than as a result of a dramatic coup. If the United States were to experience a democratic crisis, it would most likely begin at the ballot box.

While the book clearly displays the left’s obsession with President Donald Trump’s alleged authoritarian tendencies, the authors concede that the president hasn’t really broken any democratic rules. Democracy and its institutions remain intact under Trump.

The book’s real albeit unintended takeaway is the disturbing extent to which the Democratic Party’s policies and tactics since Trump’s 2016 nomination are, almost to a letter, right out of the authors’ litmus test for detecting assaults on democracy. The use of the pandemic to justify gross violations of civil liberties, threats of a court-packing scheme, the persistent and fanciful Russian collusion narrative, the failure to condemn Antifa and Black Lives Matter violence, and media-tech silence, suppression, and censorship don’t just raise red flags; they sound so fearful an alarm that, at this point, only the willfully deaf are refusing to take heed.

Levitsky and Ziblatt warn that although America’s institutions are robust, citizens must not take democracy for granted. Political parties should avoid stoking the flames of authoritarianism by making devil’s bargains with radical elements, both within the party or with extremist outsiders, to secure electoral victory.

The authors propose four indicators for discerning undemocratic trends. Predictably, they argue Trump checks every box. But the claims rely heavily on off-color banter from campaign rallies that never translated into policy, as well as Trump’s allegations of media dishonesty and potential electoral fraud that have ended up being more perspicacious than authoritarian.

In any case, the authors have admitted Trump has not been much of a dictator. If you apply the behavioral warning signs to the Democratic Party, however, the results are uncanny.

1. A Weak Commitment to Democratic Rules of the Game

The first red flag goes up when politicians suggest a “need for antidemocratic measures,” such as the “restricting of basic civil or political rights.” One example is politically exploiting crises to justify power grabs. Some politicians rely on expanding executive powers during emergencies and leverage public support for measures that would ordinarily be regarded as authoritarian as a way of dismantling civil liberties and seizing power.

True to script, Democrat governors such as Gretchen Whitmer and Andrew Cuomo have relied on COVID panic

to justify disproportionately severe restrictions. These tyrants have been keeping their constituents and economies hostage, forcing businesses to close, putting ordinary Americans out of work, and repressing religious freedom.

Another concern is “a willingness to violate the Constitution.” Court-packing, for example, has grave implications for the separation of powers. Levitsky and Ziblatt describe Hungary’s Prime Minister Viktor Orban’s 2010 court-packing scheme as a way of bypassing judicial independence. Similarly, they call Franklin D. Roosevelt’s failed court-packing plan an “executive excess” that “would have set a dangerous precedent.” They cite the San Francisco Chronicle’s assessment of FDR’s proposal as an “open declaration of war on the Supreme Court.”

If this is correct, then a “war on the Supreme Court” is once again being waged. Senate Minority Leader Chuck Schumer responded to Republicans’ constitutional move to fill a Supreme Court vacancy by threatening that a court-packing scheme was “on the table.” During the Democratic primaries, several candidates, including vice-presidential nominee Kamala Harris, all gave court-packing the thumbs-up.

Sen. Mazie Hirono, D-Hawaii, has cynically described it as “court reform,” while Sen. Elizabeth Warren, D-Mass., suggested it’s about “depoliticizing” the court. Presidential nominee Joe Biden has refused to rule it out, arguing that, in any case, the public doesn’t deserve to know.

2. Denying the Legitimacy of One’s Opponents

The second red flag involves baseless suggestions that political rivals “are foreign agents … working in alliance with a foreign government.” Unsubstantiated claims that political rivals are treasonous and subversive weaken democracy. If an opponent is falsely cast as an existential threat, it becomes easier to justify using any means necessary to subvert or overthrow him.

This is why the Russian collusion hoax was such an affront to American democracy. It was a baseless smear job by the Hillary Clinton campaign and enabled by the Obama administration, including its intelligence and law-enforcement apparatus, in order to derail a political opponent’s election campaign and then delegitimize and undermine the incoming administration.

Bogus allegations of a Russian conspiracy have once again been resurrected to discredit the Hunter Biden email scandal. Although Director of National Intelligence John Ratcliffe has refuted the disinformation allegations, the propaganda has persisted. Democrats’ intent is to delegitimize objectively verifiable evidence and demonize critics through fanciful accusations of treason and conspiracy.

The same dynamic is at work within the left’s “progressive or bigot binary” that casts all opposition to their ideas as the work of racism, sexism, and the like, rather than well-intentioned and legitimate differences to work out through civil discourse and winning elections.

3. Toleration or Encouragement of Violence

The third criterion asks whether politicians have “tacitly endorsed violence by supporters by refusing to unambiguously condemn it and punish it.” Levitsky and Ziblatt warn that partisan violence often precedes democratic breakdown.

So what are we to make of Democrats’ calculated silence and tacit encouragement of Black Lives Matter and Antifa terror? For months, Americans have witnessed the destruction of private and public property, terror tactics, violent attacks on police and ordinary people, and even the harassment of political opponents.

Biden has refused to condemn the violence by name, even insisting that Antifa is just “an idea.” Harris threatened that the rioters wouldn’t stop, “nor should they.” In other words, expect that Democrats will continue to leverage violent but politically expedient chaos to intimidate the public and silence opposition.

The final category is the silencing of opponents and critics by restricting civil liberties, including, for example, freedom of the press. Levitsky and Ziblatt insist that an independent press is essential to democracy and a “bulwark” of democratic institutions.

It is therefore worrying that 77 percent of Americans believe that traditional news outlets report “fake news,” but it is hardly surprising. Anyone not already suffering from Trump Derangement Syndrome, and armed with basic listening comprehension skills and a sense of integrity, can witness the media’s distorting and selective editing for himself.

Any lingering illusion of a free press has now been destroyed by Big Tech’s censorship of the New York Post’s reporting of the Hunter Biden laptop story. Forget partisan bias and dishonesty. This is a two-pronged strategy of media silence and suppression as well as tech censorship to shield Joe Biden from allegations of corruption. The media-tech alliance is effectively serving as a public relations arm for the Democratic Party and the Biden campaign.

Sen. Ted Cruz, R-Texas, roasted Twitter CEO Jack Dorsey at a Senate inquiry this week, arguing that by censoring the New York Post’s reporting, Twitter had “crossed a threshold that is fundamental in our country.” Don’t expect these anti-democratic assaults to ebb should Trump be booted from office. There is a legitimate concern that media channels will be manipulated to disseminate state propaganda and indefinitely stamp out opposition.

This is not tit-for-tat chipping away at democratic norms. The very institutions that undergird this country are under vicious attack by a party that regards them as an obstacle to consolidating power. Under a Biden-Harris administration, Democrats would savage democracy. We know this because they’ve been magnanimous enough to offer a sneak preview of what’s in store. In Biden’s words, it’s going to be a “dark winter.”

The message is clear: Democracy is in grave peril, so long as the left can label Trump as the bogeyman. When the assassins are within the Democratic Party, however, it’s the predictable “nothing to see here” line peddled by party acolytes. Champions of democracy and democratic institutions must recognize abuses and disturbing trends wherever they arise, not merely when it suits a political narrative.

Posted by theodore miraldi at 4:55 PM