Democrats Always GUILTY of What They Accuse 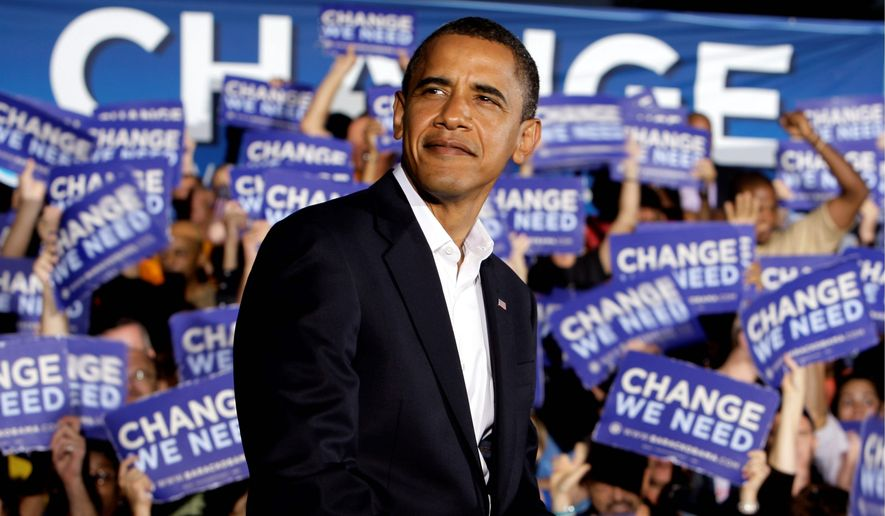 The former president, Barack Obama, during a “60 Minutes” segment, came out and compared President Donald Trump to a dictator for failing to concede to the media-called election of Joe Biden to the White House.

Well, isn’t that the pot calling the kettle black.

Obama, next to maybe Franklin D. Roosevelt, was about the most “I am zee law” president this country’s seen — only he called it “I’ve got a pen, and I’ve got a phone” governing.

Obama circumvented Congress and the Constitution so many times during his eight years of rule, he had stories upon stories written about his circumvention.

“Top 10 Ways Obama Violated the Constitution during His Presidency,” the Cato Institute wrote in January of 2017. Top 10? That would suggest there are more, far more, than 10 violations.

“The Obama Administration has been the most lawless in U.S. history,” Cato’s Ilya Shapiro wrote. “[M]y accusation rests on the 44th president’s seeing himself as professionally above the law, ignoring the executive branch’s legal limits and disrespecting constitutional bounds like federalism and the separation of powers.”

In other words: Obama actually believed in his “pen and phone” theory of governance.

It’s galling then he would say this on “60 Minutes” about Trump and Team Trump‘s legal challenges to the highly questioned ballot counts, as Breitbart noted: “I think that there has been this sense over the last several years that literally anything goes and is justified in order to get power. And that’s not unique to the United States. There are strong men and dictators around the world who think that I can do anything to stay in power. I can kill people. I can throw them in jail. I can run phony elections. I can suppress journalists. But that’s not who we’re supposed to be. And one of the signals I think that Joe Biden needs to send to the world is that no, those values that we preached, and we believed in, and subscribed in, we still believe.”

“Obama Killed a 16-Year-Old American in Yemen,” as The Intercept’s Glenn Greenwald reported in 2017. That was a sticky situation, for sure.

“In 2010, President Obama directed the CIA to assassinate an American citizen in Yemen, Anwar al-Awlaka, despite the fact that he had never been charged with (let alone convicted of) any crime,” Greenwald wrote.

But Trump is dictatorial?

Democrats are always guilty of what they accuse.

Hillary Clinton, back in August, said Joe Biden should not concede the election “under any circumstances” — a la dictator? She also warned Republicans could very well attempt to “mess up absentee balloting” to skew the election Trump‘s way. And here we are, post-election, November something-something, dealing with question after question and curiosity after curiosity and red flag after red flag about, you guessed it, Democrat-cast ballots in Democrat-controlled jurisdictions with Democrat-controlled election overseers.

Democrats are always guilty of what they accuse.

The guy who wags fingers at citizens who don’t stay off beaches, the guy who cracks a whip at businesses and churches that dare to stay open.

Pelosi, the lady who tells America to stay home, stay off the streets, stay covered with face masks — and who pulls off her own mask to get her hair cut at a salon suffering coronavirus crackdowns.

The hypocrisies are easy picking.

Democrats are always guilty of what they themselves accuse.

• Cheryl Chumley can be reached at cchumley@washingtontimes.com or on Twitter, @ckchumley. Listen to her podcast “Bold and Blunt” by clicking HERE.