How the Explosion in Critical RACE Theory is POISONING America 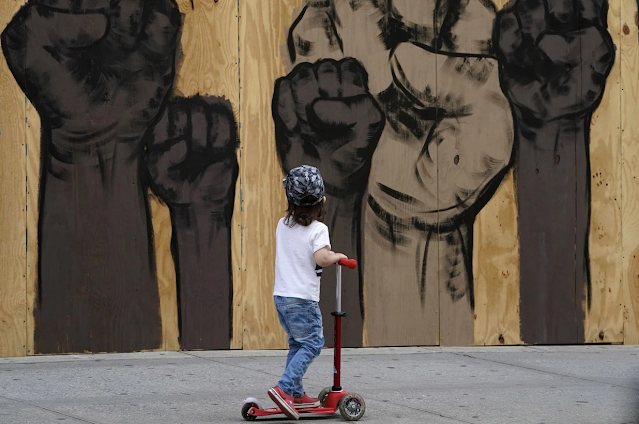 The left in America wants to indoctrinate us to believe that the only thing that matters about a person is their skin color. AFP via Getty Images

How likely are we to heal our country’s wounds if we divide our fellow citizens into “white people” who are stained, and “people of color” who are innocent and pure? This ghastly enterprise is being undertaken by the left in America today.

White employees go to work and are compelled to sit through Diversity, Equity and Inclusion humiliation sessions, which inform them that they are frauds whose success has been purchased by the suffering of non-whites. White government employees, thinking that their task is to work for the good of the entire body politic, are forced to attend Critical Race Theory workshops where they learn there is no body politic at all, only impure white people who collectively conspire to violate innocent people of color everywhere, using the power of the state to do so. As journalist Christopher Rufo has disclosed, NASA, the national agency charged with getting Americans to the moon, Mars and beyond, has spent over $500,000 for “Power and Privilege” sexual orientation workshops. On the Upper West Side, white parents open school newsletters and are told by woke educational administrators that their children might well be future “killer cops,” intent on snuffing out the lives of people of color, as television personality Megyn Kelly recently discovered.

What does this identity politics madness from the left really teach? First, you are not a person, unique and precious, worthy of dignified treatment under the law, and also held accountable by law. Second, whatever you might think about who you are, the only thing that matters is whether you are a person of color or white — in other words, pure or impure. Third, if you are white, the only way to rectify your stain or to assert your purity is to attend endless and expensive state-sponsored programs that expand the legion of racial grievance industry workers without making life better for any of the parties concerned. Fourth, human agency is an illusion. You alone are powerless to better your world. Nothing you can do alone or with your family, friends, neighbors or religious organizations is worth the effort, because the forces allied against you are so large as to invite despair. Fifth, the country you love is vile, filthy, and unworthy of your affection. The things you love must be destroyed, because they and your understanding of what is praiseworthy is a product of your white identity. Sixth, racial cohorts are all the same, rather than filled with people who think and behave differently. All whites, rather than some, are unworthy. Your so-called identity group is not a rich plurality that belies easy characterization; instead, it is stripped down and reduced to one of two possible characteristics: guilt or innocence.

The difficult task of meting out justice cannot be achieved by leveling preposterous charges of guilt or innocence toward one massive group. We do not get dispassionate, blind justice in that way. We get cathartic rage, intent on retribution.

America today is beset by problems. If we wish to solve rather than exacerbate them, the cheap accounting system of identity politics must be roundly rejected. Where there are injustices to be rectified, our existing frame of laws is up to the task. We shall soon see whether a Biden administration, beholden to identity politics and at the same time professing a desire to heal wounds and unify the country, chooses the destructive course set out by the left that has now brought it to power.

Joshua Mitchell is a Washington Fellow at the Claremont Institute’s Center for the American Way of Life and a professor of government at Georgetown University. His book “American Awakening: Identity Politics and Other Afflictions of Our Time” (Encounter Books) is out now.

Posted by theodore miraldi at 5:01 PM