Gavin Newsom and Nancy Pelosi violate quarantines they have endorsed 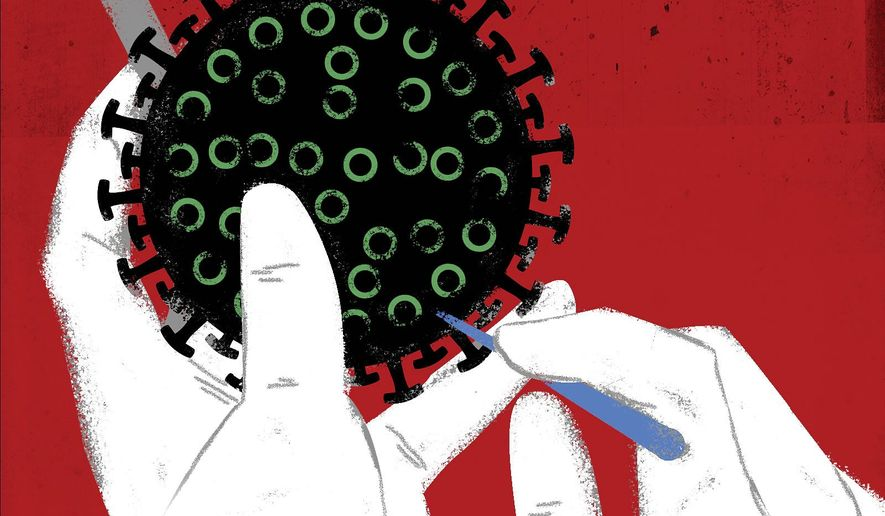 Where has the coronavirus gone?

Nowhere. The pandemic has gained a second wind, even as it is mysteriously scarcer in post-election headlines. If anything, COVID-19 seems more contagious as cold temperatures arrive, people stay in indoors and perhaps their vitamin D levels taper off.

Whatever one’s views on the virus — whether it remains an existential threat or, contrarily, prompts overreactive lockdowns that are more harmful and maybe even deadlier than the virus itself — nothing much has changed since Election Day.

Or did viral perceptions suddenly change? The pandemic certainly no longer serves as an election lever to demagogue President Trump as a veritable killer.

Following the media announcement that Joe Biden would likely become president, crowds swarmed into the streets of San Francisco and Los Angeles. They violated every state mandate requiring masks and social distancing. Authorities did nothing — just as they had done nothing during the summer-long protesting and rioting. Apparently, some outdoor gatherings were correct; others, not so much.

A similar warping of science accompanied news about the possible rollout of a COVID-19 vaccine.

Julie Kelly of the conservative website American Greatness has documented the changing narratives about the Pfizer COVID-19 vaccine. Pfizer is one of five companies in line to receive massive federal funding under the Trump administration’s Operation Warp Speed program to hasten mass vaccinations. Such an ambitious program is unmatched in the history of viral epidemiology. Another company in the program, Moderna, announced promising results from a clinical trial on Nov. 16.

Pfizer CEO Albert Bourla predicted in early September that by the end of October, his company would offer a preliminary announcement concerning the safety and effectiveness of his company’s vaccine. His forecast was met with apprehension on the left. Any positive assessment was seen by the left as political, validating the Trump administration’s rapid response to the virus shortly before the election.

Yet. on Oct. 27, a week before the election, Pfizer corrected Mr. Bourla’s earlier estimate. The company claimed any such declaration would follow rather than precede the election.

“For us, the election is an artificial milestone,” Mr. Bourla said. “This is going to be not a Republican vaccine or a Democrat vaccine. It will be a vaccine for the citizens of the world.”

Admirable rhetoric. But a few days after the election, Pfizer abruptly announced that in mass human trials, its vaccine had proven 90% effective and safe after all.

Still odder than the recalibrated timing was what the company did next.

First, a Pfizer official claimed that the company had never been part of Operation Warp Speed. In an earlier press release, Pfizer had bragged about being an integral player in the multibillion-dollar federal effort to rush the vaccine into use. The day after the denial about being part of the program, a company spokesman conceded that the company is, in fact, part of Operation Warp Speed.

Second, Pfizer gave notice of its purported breakthrough not in a press conference or a communique to the sitting president. Instead, according to Joe Biden, the company contacted his campaign’s “public health advisers.”

Apparently, Pfizer had, in fact, been guided by the “artificial milestone” of the election, even if inadvertently.

Or was Pfizer trying to gain political support for its vaccine rollout from Mr. Biden, who was an overwhelming favorite in almost all the pre-election polls? Members of Mr. Biden’s campaign team told Bloomberg News that Biden advisers had met with officials at companies that are working on vaccines before the election.

Why would Pfizer act in such a way?

Perhaps because skeptics Biden and running mate Kamala Harris had downplayed the notion of a Trump push to get millions of Americans vaccinated.

Weeks before the election and the expected Pfizer announcement, Mr. Biden had scoffed: “I trust vaccines. I trust scientists. But I don’t trust Donald Trump.”

Ms. Harris demonized a potential Operation Warp Speed vaccine during a vice presidential debate: “If Donald Trump tells us to take it, I’m not taking it.”

Before the election, New York Gov. Andrew Cuomo, derided the notion of a pre-election vaccine announcement. After the Pfizer announcement, Mr. Cuomo blasted the Trump administration, claiming it should get no credit for the speed of the vaccine development but lots of blame for a predicted slow rollout.

Irony abounds. Those who accused Mr. Trump of playing politics with the virus made him look like a relative amateur through their own machinations. Those who claimed they were guided by science proved unscientific in their partisanship.

No wonder Americans remain so skeptical of the experts in general and the Washington administrative state in particular.