It's Your CHOICE: Capitalism or Socialism, Liberty or Lockdown 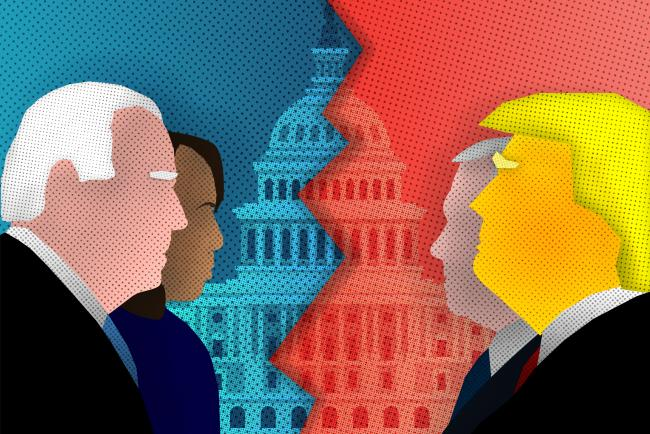 It makes me sad to think our nation has come to this ... after over a century of Socialist and Communist failures around the globe economically and socially that there are Americans who now see repressive government as a true alternative to freedom.

To think that cancel culture, censorship, and bullying have qualities that would make our society better in any way. Or corruption at the highest levels of government by our leaders and candidates to enshrine the trust citizens needed to adhere to the principles of our Constitution.

What we are truly facing is the greatest challenge since the American Civil War. And just as Americans had to choose before, we are faced with these simple truths.

This nation for all of its faults has been built upon the foundation of Freedom. The Freedom to choose your own path and happiness. Many more have taken this path as a gift, rather than a burden. And although no government can guarantee personal success, those with the will to achieve have numerous paths to fulfill their dreams.

What we are experiencing is a movement by a segment of the population that has taken the nation for granted. Told that the enormous wealth by some has an obligation to care for those less successful and filled with grievance. Unfortunately, this mantra is flawed by hyperbolic victimizations that are the result of poor personal choices rather than historic failures.

The responsibility of to from cradle to grave echoes within one party alone, and with it comes the repressive behaviors by its practitioners. Demanding loyalty beyond logic for past, present, and future assistance. This systemic servitude can only be maintained through mandated compliance and propaganda. This is not called Freedom!

This is the new slavery heaped upon the population now being promoted by our new overlords, the Tech Giants, and Corporations. And their mantra is, 'Resistance is Futile' and your only alternative is the cancellation of your Liberties.

It's hard to believe that many from Baby Boomers to Generation Z would actually accept distilling the human spirit to drone-like existence. Yet, we see it on every socio-economic level within our society.

Will you accept being shielded by darkness, or guided by Optimism?

It would appear to me that maybe we have lost the ability to make good choices any longer. Has human behavior crossed its Rubicon?