Joe Biden and the 'Strolling Bones' 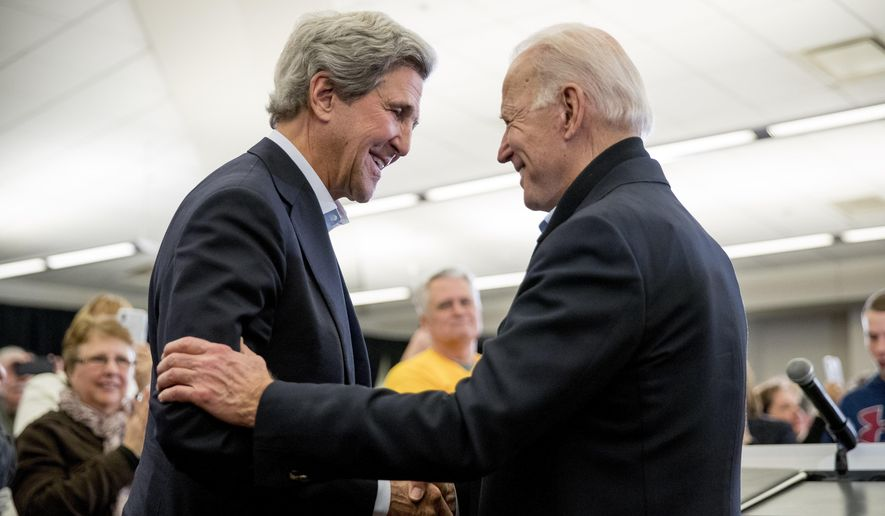 They’re the Rolling Stones without the roadies. Or the great music. Or any music, actually.

John Kerry and Joe Biden are getting the band back together again.

Collectively, they have been getting things wrong in Washington for nearly 100 years. Literally, two of the dumbest people on earth … but they do love to hear themselves speak!

Two ridiculous men for which Washington was designed. Neither could run the shoe department at Macy’s — meaning they are more incompetent that Al Bundy.

But in Washington? They are titans! Geniuses! Two of the most respected foreign policy minds of their generation!

To be fair, Joe Biden and John Kerry do provide value. It can be confusing if somebody is only mildly stupid. Because someone who is mildly stupid will occasionally be right about something. Like a blind squirrel.

But John Kerry and Joe Biden are, literally, wrong about everything all of the time. They are not even broken clocks that are right twice a day.

They are like the short sellers in a bull market. Just keep an eye on them and you will always know where the pitfalls and failures are. Stick them in a bird cage and cover them in yellow feathers and you have a couple of canaries for every government policy coal mine.

They are the Magic Eight balls of bad judgement.

Joe Biden and John Kerry, should we invade Iraq? Yes! Then you know it will be a disastrous quagmire.

Joe Biden and John Kerry, now that we committed American troops to Iraq and are losing, should we send in reinforcements? No!

Or as Monsieur Kerry memorably boasted, “I actually did vote for the $87 billion before I voted against it.”

How dumb do you have to be to get both sides of that sentence entirely wrong?

Yet in Washington, they are a couple of reigning geniuses going on 50 years now. Each.

Even former President Barack Obama eventually figured out how dumb Mr. Biden is.

Hey, Joe, should we send in Navy SEALs to kill Osama bin Laden?

After Mr. Obama himself, no two people in the world are more responsible for the rise of President Trump than Joe Biden and John Kerry.

For as long as Mr. Kerry has been screwing things up in Washington, he has been blabbering about what is the key to peace in the Middle East.

“There will be no advanced and separate peace with the Arab world without the Palestinian process and Palestinian peace,” he lectured in 2016 as Mr. Obama’s secretary of state.

“Everybody needs to understand that,” he droned. “That is the hard reality.”

Until Donald Trump came along and shattered that “hard reality,” crafting peace deals between Israel and three of its Arab foes that for over a half-century had been vowing to obliterate Israel. That deal was reached, of course, without Mr. Kerry‘s beloved Palestinians.

Every election since 2008 has been a fierce rejection of the status quo in Washington. In this past election, Joe Biden refused to even campaign or answer questions, rendering any mandate he might claim on actual issues utterly mute.

So he is bringing the whole band back together, reminding the whole world why we elected Donald Trump in the first place.

Posted by theodore miraldi at 12:03 PM