Joe Biden’s Coronavirus Advisers are WORSE Than The Disease 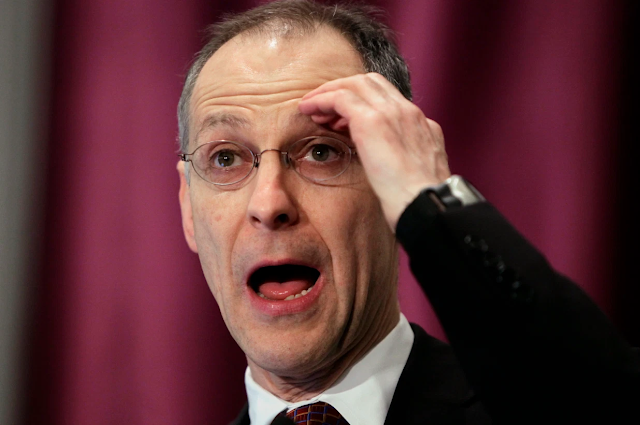 Joe Biden's COVID adviser Dr. Ezekiel Emanuel says the US needs to be locked down, at least, until a vaccine is widely available. AP

One of his top guys wants a six-week national lockdown, with mass borrowing to pay all the sidelined workers. Another wanted the country to go on lockdown for 18 months — and doesn’t believe life is worth living after age 75.

Biden adviser Michael Osterholm said Wednesday that locking down America for four to six weeks is needed while we wait for a vaccine to begin rolling out. He’s an epidemiologist by trade but seems to consider himself an economic expert, too.

Savings rates have shot up in the pandemic, he notes — somehow making it just fine for the feds to borrow yet more to put taxpayers on the hook for the economic catastrophe.

“We could pay for a package right now to cover all of the wages, lost wages for individual workers, for losses to small companies, to medium-sized companies or city, state, county governments. We could do all of that,” he said, and bring the virus under control “like they did in New Zealand and Australia.”

New Zealand has only 5 million people, with a population density of 15 people per square kilometer, less than half the OECD average. Australia has had some of the strictest restrictions in the world, barring even its own citizens from leaving the country. Americans rightfully wouldn’t stand for such violations to their freedom.

But then, Osterholm was arguing for a strict lockdown back at the start of August, when cases weren’t on the rise as they are now. He co-authored a New York Times piece, “Here’s How to Crush the Virus Until Vaccines Arrive,” that argued, “We should mandate sheltering in place for everyone but the truly essential workers.”

Biden adviser Ezekiel Emanuel would go further. He argued months ago that the nation needs to be locked down for at least a year and a half, until a vaccine is widely available. Yet his predictions have been way off: He said in March there would likely be 100 million Americans infected with COVID by late April. In mid-November, the nation’s seen a total of 10.5 million cases.

That’s not how he earned the nickname Dr. Death. In his Atlantic piece “Why I Hope to Die at 75,” Emanuel wrote that “death is a loss” but insisted that “living too long is also a loss” because old people aren’t as “vibrant.” Hmm: Biden is 77 . . .

Pray that these guys don’t represent all the “science” that Biden listens to.