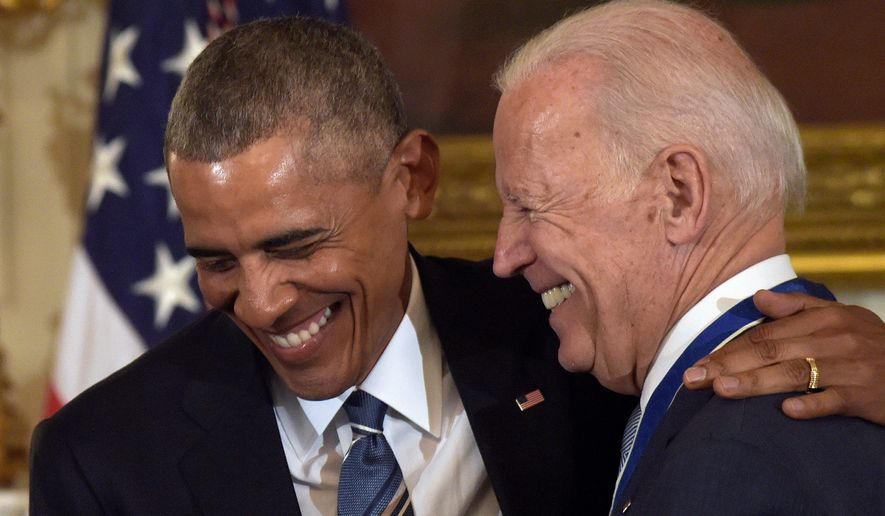 Are furbished product is seldom as desirable as a brand-new one. Joe Biden must be assuming Americans can’t tell the difference. Even as President Trump battles uphill to overturn the results of the recent presidential election, faces familiar during the earlier Age of Obama are reappearing in President-elect-apparent Biden’s pantheon of power.

The looming Biden era promises to be Obama 3.0 — Hillary Clinton in 2016 was to be Obama 2.0, but new models don’t always live up to the original (see Windows Vista). Jen Psaki, communications director for the Obama White House and now filling a similar role during the nomination process, describes the emerging Biden brand: “The Cabinet and the team will look like America, so that means a diversity of ideology, diversity of background.” So far, they look more like a team of Obama retreads.

Mr. Biden has chosen Ron Klain for a return engagement in the White House. He becomes the president-elect’s right-hand man as chief of staff, a role he previously filled for Vice Presidents Biden and Gore.

Antony Blinken, who had a stint as deputy secretary during the second Obama term, returns to Foggy Bottom as secretary of State. As the top U.S. envoy to the world, he will be more inclined toward the Obama view of America as an unexceptional nation rather than uphold the Trump foreign policy of “America first.”

John Kerry, who led the Obama State Department, has signed on as climate policy chief to lead U.S. efforts toward rejoining the 2016 Paris Climate Accords. Mr. Trump sensibly withdrew from the agreement that would have placed heavy restrictions on the U.S. economy, already one of the world’s most innovative in reducing greenhouse gases.

Jake Sullivan is the Biden choice for national security adviser, a position he held in Mr. Biden’s vice-presidential office. Mr. Sullivan played a senior role in the Obama nuclear negotiations with Iran, experience that will come in handy in his new job. Mr. Biden has vowed to petition the Islamic regime for a do-over of the nuclear deal, which Mr. Trump canceled in 2018.

Janet Yellen, who served as Mr. Obama’s chairman of the Federal Reserve, has been tapped for secretary of the Treasury. Washington watchers are beset with marvel over the appointment as a first for a female, as if surprised that a woman might be up to the task of handling the national till.

It is clear that as Joe Biden fills out his roster, he would like nothing better than to return to the moment when Donald Trump dashed Democrats’ dreams by winning a chance to “make America great again.” Once the past four years are history, he intends to press “restart” on the Obama drama.

Rock fans will recall a line The Who made famous: “Meet the new boss, same as the old boss.” It came from a song titled “Won’t Get Fooled Again.” Maybe we just did.