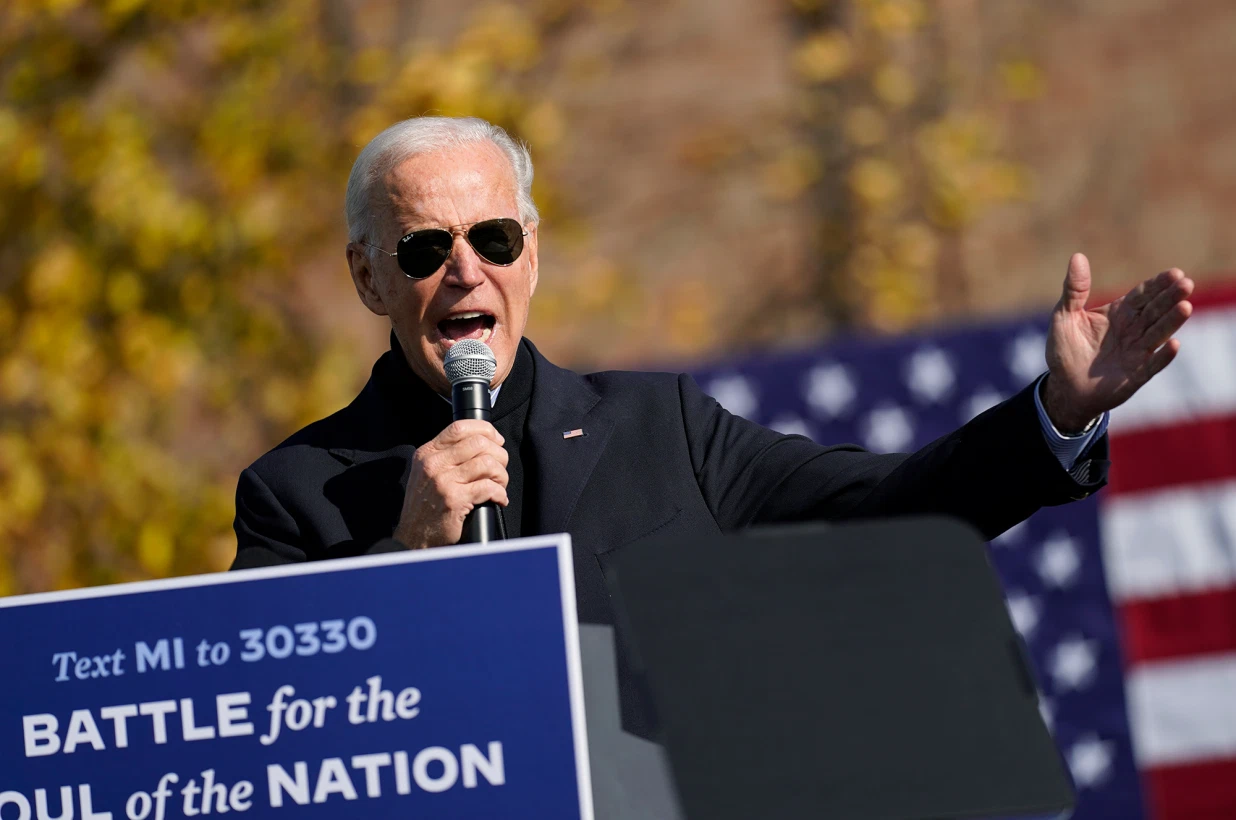 Ed Koch never missed an opportunity to tell his side of a story. When a newspaper or television report said something about him he saw as wrong or unfair, the late New York mayor invariably fired off a letter of complaint.

The habit was so pronounced that I once asked him why he bothered, especially when the issue was minor. His answer: If you don’t object, your silence is assumed to be agreement.

Attention, Joe Biden. This is why your silence in the face of serious allegations of corruption is highly suspicious. It makes you look guilty.

If you are innocent, why don’t you say so?

As a very strange presidential campaign enters the final days, one of its strangest features is taking center stage. The Democrats’ presidential nominee, who has spent most days in his Delaware basement, has not disputed charges that he was secretly involved in his family’s business schemes, including while he was vice president.

Doubly strange, Biden also has remained silent about the explosive claim by a former partner in one family venture. Retired Navy Lt. Tony Bobulinski told The Post and others that he met with Joe Biden in 2017 to discuss a partnership with Chinese executives tied to the ruling Communist Party, a deal where Bobulinski says the former vice president is the “big guy” who had a concealed 10 percent stake.

Biden’s failure to offer straightforward denials is baffling because the charges are serious enough to help President Trump. Yet even that prospect has not stirred the Biden campaign to action, nor has it deputized surrogates to make denials for him.

There is only silence. Instead of a thundering, “NO, Hell NO,” we get crickets.

Although Biden initially called allegations tied to e-mails found on son Hunter Biden’s laptop a “smear” and “Russian disinformation” and claimed at the second debate he had “never taken a penny from a foreign source,” he refuses to address specific questions.

For example, one of the e-mails on the laptop thanked Hunter for arranging a meeting with Joe Biden when he was vice president. The sender was an adviser to Ukrainian energy company Burisma, which was paying Hunter up to $83,000 month as a director.

At first, the Biden camp said no such meeting was on Joe’s schedule, but aides then allowed one might have taken place anyway. What should voters make of that?

Such a meeting would demolish the claim Joe Biden has made for years, that he “never” discussed with Hunter the son’s foreign business deals. The claim was never credible, but it would be proven false beyond a doubt if he did meet with a Burisma official at Hunter’s request. That, in turn, would open the former veep to questions about what else he did over his 47 years in Washington to help Hunter cash in on his father’s power.

The refusal to contest the initial charges grows even more bizarre in the aftermath of Bobulinski’s additional
allegations, which include compelling evidence in the form of e-mails, messages and recordings. Biden’s failure to challenge the second set of charges would be fatal in almost any other campaign because the situation looks dirty and directly links him to China when most ­voters have an unfavorable view of that nation.

Trump's winning hand: How the president can pull off another upset

Although many news organizations ignored The Post’s revelations and Twitter froze the paper’s feed in an obvious plot to protect Biden, Fox News’ Tucker Carlson’s interview with Bobulinski alone drew nearly 8 million viewers. And Trump brings up the topic repeatedly at rallies, meaning many millions of people have heard of the charges, making Biden’s silence risky.

He remains the front-runner only because Big Media is also doing something unheard of: refusing to press their favored candidate on the issue.

Operating like mobsters who took a vow of omerta instead of journalists looking for facts, most major outlets either ignored The Post’s stories or ran transparent efforts to knock them down. More glaring, those outlets don’t use the few opportunities where Biden takes press questions to ask about anything involving Hunter’s deals or Bobulinski’s allegations.

Naturally, The New York Times is leading the protection racket. It has known for weeks that Biden was the “big guy” in the China deal, yet won’t publish it. Most egregious, Saturday’s paper ran a long story on how Biden “Agonizes Over Son Weaponized by the Right.”

Writer Mark Leibovich does not even mention Bobulinski’s allegations, or acknowledge that the charges are no longer just about Hunter’s business, but also implicate Joe. Instead, Leibovich aims to create sympathy for the candidate on the eve of the election.

The intentionally misleading article reflects the complete corruption of the Times. That conclusion is confirmed by yet another front-page story Saturday on Trump’s taxes, which bemoans his use of “so-called depreciation losses,” as if he alone uses that legal tax feature. It’s a near certainty The New York Times also claims depreciation losses on its buildings and equipment, producing tax reductions that help pay reporters’ salaries.

These relentless propaganda attacks on the president reveal that the media and tech bias against Trump has metastasized into something foul and sinister.

The whole point of a free media is to inform the public of important facts. But the Times, The Washington Post, CNN and the broadcast networks, along with Twitter and Facebook, have turned that duty on its head. Now they conspire to hide critical information from voters.

Donald Trump has been far from an ideal president. Yet his most important policies yielded both peace and prosperity for our nation, the fundamental yardsticks of presidential success.

At the same time, Trump has been mercilessly hounded by an out-for-blood media working in confederation with unscrupulous members of the Obama-Biden administration. He became just the third president to be impeached thanks to a partisan abuse of power orchestrated by House Speaker Nancy Pelosi and abetted by back-stabbing deep staters.

Trump’s success is a sufficient reason to vote for him. If you require another, consider the reprehensible conduct of Democrats, the media and tech giants.

They must not be rewarded with victory. That way lies disaster.

Mayor de Blasio’s Department of Education continues to dumb down everything it touches. The latest attack on standards is an order barring schools from lowering grades of students who don’t show up or turn in late assignments.

The educrats should listen to Bronx mother Veronica Flores. “This is not how the world works,” she tells The Post. “No one is going to hand you anything.”

She gets it. Too bad City Hall doesn’t.

Because we all need to laugh, reader Harold Theurer imagines show titles when Broadway finally reopens.

“A Long Days Journey Into Quarantine”

“Phantom of the Wuhan”

“Annie Get Your Vaccine”

“The Book of COVID”

“Assassins” — a musical about governors who forced infected patients into nursing homes.