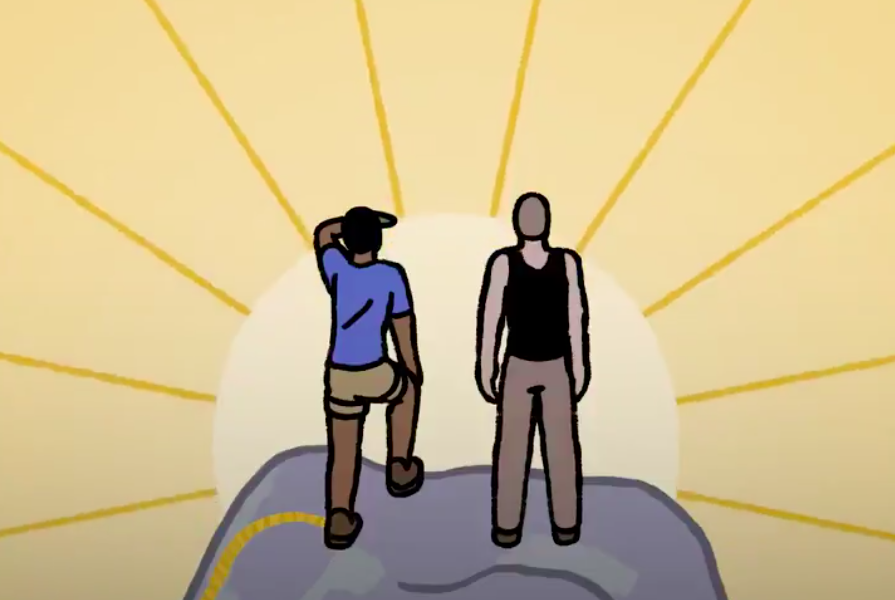 You need to watch this short animation from the Biden-Harris campaign, featuring the voice of Kamala Harris:

The clip is shocking. What she is talking about is — there’s no other way to put this — Communism. No, she’s not talking about Marx, Lenin, and the rest. She’s talking about the need to create a system in which everybody ends up at the same place. In other words, Kamala Harris believes that a socially just system is one in which all outcomes are equal. This is what the so-called “equity” crusaders within academic institutions are after. And this is what the woman who might be elected vice president of the United States — and who, given the frailty of her running mate, will almost certainly go into the 2024 election as the incumbent president — wants for America.

There it is. Watch the clip. She doesn’t believe in equality of opportunity. She believes in equality of outcome. “Equitable treatment means we all end up at the same place.” Her words — and not a gaffe, but something that the Biden-Harris campaign took the time to make into a special video, and tweet. Quite a vision for America that one has. But again, this is the contemporary Left. Even the devout Trump-hater and Biden voter Andrew Sullivan is shocked:

When I wrote Live Not By Lies, I did not anticipate that the Democrats would openly promote this, not so soon; I thought they would continue pushing through institutions, including Big Business (via Woke Capitalism), but would conceal their aims in the political realm for a bit longer. But 2020 has been surprising in many ways. All Americans believe in equality of opportunity, but the kind of system that we would have to build to guarantee equality of outcome would be tyrannical and unjust. Again, this is the Marxist dream. And now we have the Democratic presidential ticket endorsing the creation of just such a system. People whose natural gifts and willingness to work harder cannot expect to get ahead in Biden-Harris’s America. They must have things taken from them, and opportunities denied, so that everybody can arrive at the same place.

Some are trying to dismiss it, but not James Lindsay, the mathematician and leading anti-woke activist, who early-voted Trump, despite being on the Left, because he has seen the militant illiberalism of the Left up close on campus. His reaction to the Harris clip:

Is this the kind of America you want? Again, I can’t believe that the Democrats are so open about this. If they win the election tomorrow, especially if the Democrats take the Senate as well, the one silver lining (only for me) is that it will boost sales of Live Not By Lies,as conservatives begin to face the future the Left has planned for us, and start to build the deep resistance.

Maybe we will be spared. A reader e-mailed from the West to say that the lines for early voting in his semi-rural area have been astonishing. His county is one of the most Democratic in the US, but he said that the massive voter registrations this season have been primarily from regular people – ranchers, cowboys, construction workers, oil field workers and service workers – who had never bothered voting before. They are mostly registering Independent according to reliable sources he knows. The reader is confident that these people haven’t been counted in the polls as they are a group considered to be non-likely voters.

He mentioned that his wife, a naturalized citizen from China, has voted Democratic for as long as she has been able to vote here. This year, she’s voting for Trump. Why? “This whole year has reminded her too much of the Cultural Revolution,” he said. “She has been horrified watching the events of the summer unfold.”

The reader added that she has been part of a big TV network/newspaper tracking poll. She certainly did not ask to be; they randomly called her first back in the spring primary season. She was afraid to turn them down and wished she had never answered the first call. They call her once a week to ask her who she’s voting for. She has told them consistently that she’s a Biden voter, and she has been careful to answer all the ancillary questions in a “liberal way” so as not to give them any idea there is a problem. But that’s not what she really believes. Rather, she is terrified of getting on a list somewhere as a Trump voter. When the reader asks her why she is lying to the pollsters, her response: “You Americans are so naive and so trusting. Chairman Mao and the Red Guard did exactly this same kind of thing in so many clever ways. You will get on a list somewhere and when the time comes, your life will be over. I will never put my family through what I went through. That is why I came here in the first place — to get away from all that.”

The reader said he was out yesterday doing some work adjacent to where people in his town were lined up to vote, and he overheard what people were chatting about. He said there were lots of people who were clearly service workers, cowboys, and construction types – just the people being reported as new voters. “And I heard them talking mostly about antifa, Portland, transgendered granddaughters being forced to compete with men, Hunter Biden photos, and Joe Biden dementia.” This was constant — and this was going on for a little more than 2 hours.

The reader said that this is happening in a highly Democratic county. He reports there are no Biden signs anywhere on cars, houses or billboards but lots of MAGA signs went up like mushrooms after a summer rain this week.

Posted by theodore miraldi at 12:24 PM