Obama Compares Trump to DICTATOR Who Suppresses Journalists, After His Own Admin TARGETED Reporters 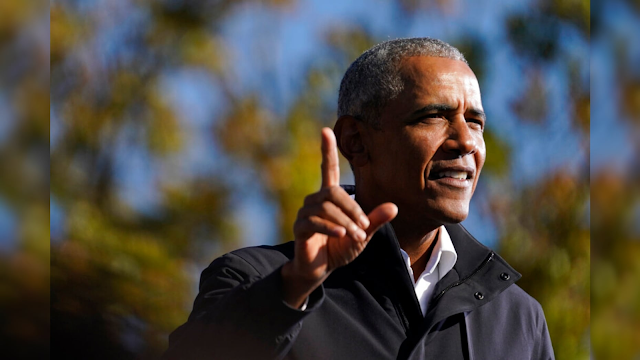 Former President Barack Obama on Sunday compared President Trump to a dictator who suppresses journalists – even though his own administration’s tainted record on press freedom included once secretly monitoring reporters, including Fox News.

Obama made the comparison during an appearance on CBS’ “60 Minutes,” with host Scott Pelley. It came in response to Pelley asking the former commander-in-chief to give his thoughts on President Trump’s claims of voter fraud, as well as his supporters perpetuating those allegations.

“It is one more step in delegitimizing not just the incoming Biden administration, but democracy generally. And that’s a dangerous path,” Obama said.

He added: “There’s been this sense over the last several years that literally anything goes and is justified in order to get power.”

Obama said that that feeling is “not unique to the United States,” given that there are “strong men and dictators around the world” who think they can “do anything to stay in power. I can kill people. I can throw them in jail. I can run phony elections. I can suppress journalists.”

“But that’s not who we’re supposed to be. And of the signals I think that Joe Biden needs to send to the world is that, ‘No, those values that we preached, and we believed in, and subscribed in—we still believe.”

Yet Obama’s time in office was by no means the paragon of a presidency bound by the rules of a liberal democratic republic. Court documents released in early 2013 showed that the Obama administration secretly monitored Fox News’ James Rosen – whom the FBI dubbed a “criminal co-conspirator,” despite never being charged with a crime.

The Justice Department also seized Rosen’s emails by evoking the Word War I-era Espionage Act, one of the United States’ most serious wartime laws. The same law was used in 1953 to charge and execute Julius and Ethel Rosenberg – two American communists – for allegedly passing secret information to the Soviet Union.

Rosen’s “crime” was that he had published information leaked by a government adviser regarding North Korea’s plans to conduct another nuclear test in response to U.N. sanctions.

Though Trump has been forceful in his denunciation of the press, the Obama administration arguably went further, evoking the Espionage Act to prosecute more people under the law for leaking sensitive information than all previous administrations combined.

As part of an investigation into the disclosure of information about a botched Al Qaeda terrorist plot, the Obama administration, without notice, obtained the records of 20 Associated Press office phone lines and reports’ home and cell phones.

And though Obama compared President Trump to a dictator who thinks he can “kill people” without consequences, Obama authorized more than 500 drone strikes across Africa, the Middle East, and South-Centra Asia that resulted in the deaths of more than 300 civilians.

Among those killed was the U.S.-born terrorist, Senior Al Qaeda leader Anwar al-Awlaki. President Obama signed an order in early 2010 making al-Awlaki the first American to be placed on the “kill or capture list.”

Posted by theodore miraldi at 9:18 AM