Pennsylvania Mailman Says He Was ORDERED To Collect LATE Ballots 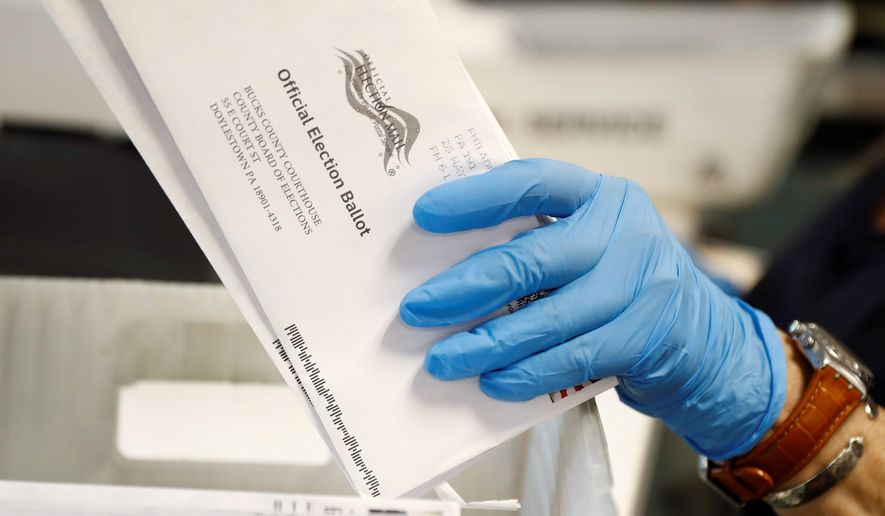 In every U.S. presidential election, thousands of ballots are rejected and never counted. They may have arrived after Election Day or were missing a voter's signature. That number will be far higher this year as the coronavirus pandemic                    forces tens of millions of Americans to vote by mail for the first time. (Associated Press/File) ** FILE ** Photo by: Matt Slocum

A Pennsylvania mailman has said in a sworn affidavit that he was ordered by supervisors to collect and submit late ballots, which he said supervisors then backdated so that they appeared to have been mailed in time.

Richard Hopkins, who works in Erie, said he overheard a supervisor talking about the backdating operation, and letter carriers were told to pick up ballots through Friday, even though under Pennsylvania’s current rules ballots were supposed to have been mailed by Tuesday, though they could be delivered to election officials through Friday and still be counted.

“Postmaster Rob Weisenbach directed my co-workers and I to pick up ballots after Election Day and provide them to him,” Mr. Hopkins said in an affidavit. “As discussed more fully below, I heard Weisenbach tell a supervisor at my office that Weisenbach was back-dating the postmarks on the ballots to make it appear as though the ballots had been collected on November 3, 2020 despite them in fact being collected on November 4 and possibly later.”

The affidavit was provided to the Trump campaign and released by Sen. Lindsey Graham, chair of the Senate Judiciary Committee, who vowed a probe.

“Mr. Hopkins is entitled to all whistleblower protections, and I will ensure they extend to other postal workers who may come forward with claims of [irregularities], misconduct, fraud, etc.,” the South Carolina Republican said.

A postal services spokeswoman said they became aware of the allegations on Friday.

“They were immediately referred it to the U.S. Postal Inspection Service and the Office of Inspector General, and the matter remains under investigation,” the spokeswoman said.

News organizations earlier Saturday had projected Democratic nominee Joseph R. Biden would win the state’s electoral votes, which they projected would make him the winner of the election.

Pennsylvania has been at the center of much of the wrangling over voting this year.

The state adopted much more lenient mail ballot provisions, including a Supreme Court ruling that allowed ballots to be counted if they were received by election officials up to three days after Election Day. They were supposed to have been postmarked by election day to count.

Mr. Graham said the new accusation by the mailman highlighted flaws with the rush to adopt mail voting.

“The expanded use of mail-in voting is making the post office the administrator of elections, not the local election officials. This change in mission requires there to be further scrutiny to ensure the system is beyond reproach,” he said.

Posted by theodore miraldi at 5:14 PM