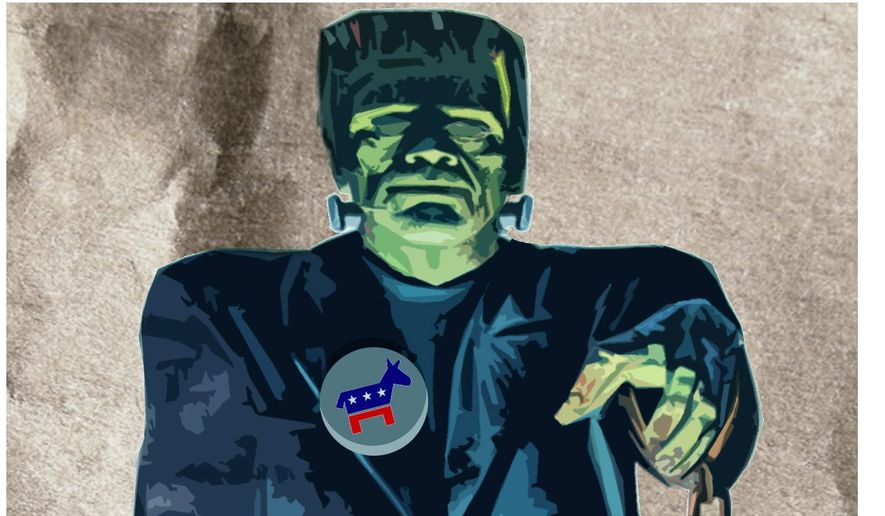 In the introduction to the 1831 edition of her novel “Frankenstein: Or a Modern Day Prometheus,” Mary Shelley explains the initial inspiration for her, now, classic work: “I saw the pale student of unhallowed arts kneeling beside the thing he had put together. I saw the hideous phantasm of a man stretched out, and then, on the working of some powerful engine, show signs of life and stir with an uneasy, half-vital motion. Frightful must it be, for supremely frightful would be the effect of any human endeavor to mock the stupendous mechanism of the Creator of the world … .”

Thus, Shelley tells us right up front what the primary lesson is that she wishes to teach. Those who mock the Creator always die at the hands of their grotesque, sinful and self-serving creations. Arrogance is always self-defeating. Hubris always destroys its own. The ring of power always consumes and corrupts those who clinch it most tightly. “Frightful would be the effect of any human endeavor to mock the stupendous mechanism of the Creator of the world … .” Monsters always turn on their masters.

If this past week proves nothing else, it proves Shelley was right. It doesn’t matter if you’re Democrat or Republican, liberal or conservative, progressive or traditional; if you value a free society, you should be trembling. The monster of our own making is alive. The “hideous phantasm” created by our nation’s political class, bureaucratic elites and oligarchical billionaires — our culture’s “students of unhallowed arts” — now walks our streets with a thirst for blood.

Consider just this smattering of headlines from the recent news.

“Three-Quarters of Americans Fear Post-election Violence and Riots.” The Independent

“All That Plywood Tells You the Real Post-Election Fear is Pro-Biden Rioting.” New York Post

“The Plans for Post-Election Violence to Seize Victory from The Ballot Box.” Forbes

The anger and vice. The self-focused thirst for power. The lust for revenge. The unremitting march for payback. The shouts for reparations rather than reconciliation. The lack of concern for the “other.” The utter contempt for those who disagree. The worship of government rather than God. This all is as predictable as the sunrise.

Critical race theory’s racism. Feminism’s hatred of the feminine. The intolerance of progressive tolerance. The hatred of those who pretend to stand against hate. Exclusion in the name of inclusion. The fixation on color by those most harmed by a fixation on color. The misogyny of the pretenders of “gune” (look up the etymology of the word if you don’t get this one). All of this is what happens when we reach for the ring — when we want control — when we lust for power more than all else.

History teaches us that the rod of self-righteousness, arrogance and indignation inevitably falls even upon our own neck. Robespierre lost his head by the machine of his own invention. All of us eventually are hoisted on our own petard.

Monsters always turn on their masters. America is frighteningly close to meeting its own Frankenstein, the “hideous phantasm of a man” that is even now “showing signs of life and stir[ring] with an uneasy, half-vital motion.”

All will die at the hand of this Creature. We must kill it now. Or it will kill us.

“Truly, truly, I say to you, unless a grain of wheat falls into the earth and dies, it remains alone; but if it dies, it bears much fruit … For whoever wishes to save his life will lose it, but whoever loses his life for My sake, he is the one who will save it.” — Jesus